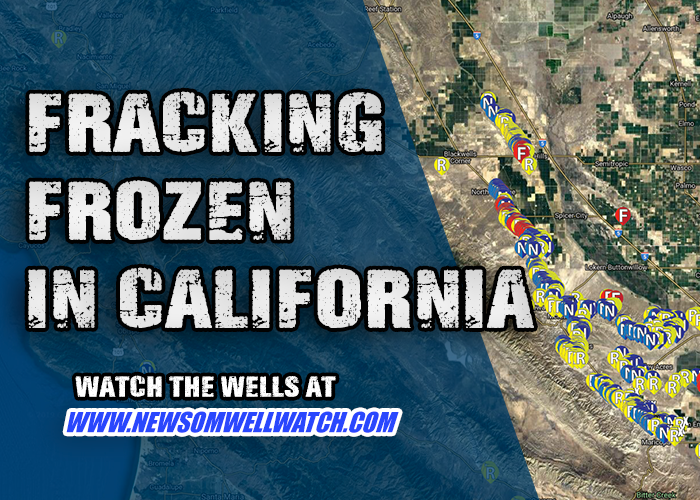 Los Angeles, CA—Since mid-July, state regulators have not issued a new permit for fracking or acidizing in California and have slowed the overall rate of permitting oil wells. Nonetheless, state regulators have granted oil permits at a pace that is 8.8% greater in the first ten months of 2019 than in the same period last year under Governor Jerry Brown, Consumer Watchdog and FracTracker Alliance said today based on an analysis of state data.

The groups applauded Governor Newsom's announcement today that he would further rein in oil and gas extraction and regulate health and safety issues near extraction sites.

"Governor Newsom has taken an important step toward reining in the most high risk extraction techniques," said Jamie Court, president of Consumer Watchdog. "The ultimate test of his tenure for climate change and the public will be simple math about how many fewer permits are issued and how many existing wells are closed. Net zero wells should be his goal."

In July, the two public interest groups pointed out that state oil regulators held stock in the oil companies they regulated, prompting Governor Newsom to fire the state’s top oil regulator. The Fair Political Practices Commission (FPPC) opened an investigation of the regulators in question. Newsom expressed concern at the time that he did not realize fracking permits had increased 103.2% over the first six months of 2018--Governor Jerry Brown’s last year in office.

FracTracker and Consumer Watchog unveiled a new website to continually map and update the number of oil and gas wells permitted by the Newsom Administration: www.NewsomWellWatch.com.

The pace of permitting overall is still on track to beat the total number of permits issued during Brown’s final year in office (2018). The number of drilling and rework permits issued in the first ten months of 2019 through November 4 total 4,049. In the same period of 2018, under Governor Brown, the total was 3,723.

Courtesy of FracTracker Alliance, based on California Department of Conservation data

In addition to increasing the numbers of permits issued annually in 2019, about ten percent of permits continue to be approved for wells that present the greatest risk to frontline communities. These wells are within 2,500 feet of schools, hospitals, homes, daycares, and nursing facilities and are sources of toxic air emissions including carcinogens.

“While it is promising for the climate and community health to see that Governor Newsom’s administration has stopped issuing hydraulic fracturing and acidizing permits, the real health threat continues to expand in California,” said Kyle Ferrar, Western Program Coordinator for FrackTracker Alliance. “Oil and gas wells continue to be permitted in increasing numbers near schools, hospitals, and next to homes in frontline communities. Only setbacks and an end to drilling can reduce the elevated risks of cancer, congenital disorders, asthma and other health impacts resulting from living near oil and gas drilling.”

“Since summer the oil permitting under Governor Newsom has flattened decisively,” said Liza Tucker, advocate for Consumer Watchdog. “Governor Newsom can still reverse the pace of permitting this year so that it is less than Governor Brown’s in 2018.”

As a result, Governor Newsom fired California’s top oil regulator and instituted an ethics review of the state’s oil well approval and inspection process. Since then the pace of permitting to drill new oil and gas wells slowed, but as of November 4, 2019 was still 17.2% higher than 2018, according to the California Department of Conservation data. This includes new oil and gas production wells (up 15.3%) and enhanced oil recovery (EOR) and support wells (up 18.2%). Enhanced oil recovery wells use techniques such as steam flooding, cyclic steaming, water flooding and other methods to gain access to hard-to-extract heavy crude oil.

This reflects an overall decrease of nearly 60% in the rate of permitting new drilling since July. Similarly, rates of permitting well reworks have slowed 18.5%. As of November 4, permits to rework oil and gas production wells were elevated 19.6% versus 53.3% on July 8; a drop of 33.7%. Well reworks permits are required to deepen, redrill and recondition wells; techniques used to improve production.