The Progressive's Guide to Raising Hell: How to Win Grassroots Campaigns, Pass Ballot Box Laws, and Get the Change We Voted For 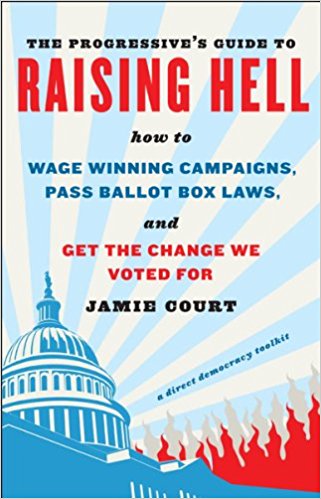 Change is no simple matter in American politics-a fact that Americans have recently learned well. Elections rarely produce the change they promise. After the vote, power vacuums fill with familiar values, if not faces. Promises give way to fiscal realities, hope succumbs to pragmatism, and ambition concedes to inertia. The old tricks of interest groups - confuse, diffuse, scare - prevail over the better angels of American nature.

But populist energy can get change making and change-makers back on the right track.

The key to success, though, says acclaimed consumer advocate Jamie Court, is getting downright mad. It's anger, not hope, that fuels political and economic change. And in 2010 America, anger rules. But it needs to be vectored and focused if it is to succeed in fueling the type of change that the majority of Americans believe in.

Corporateering: How Corporate Power Steals Your Personal Freedom... And What You Can Do About It 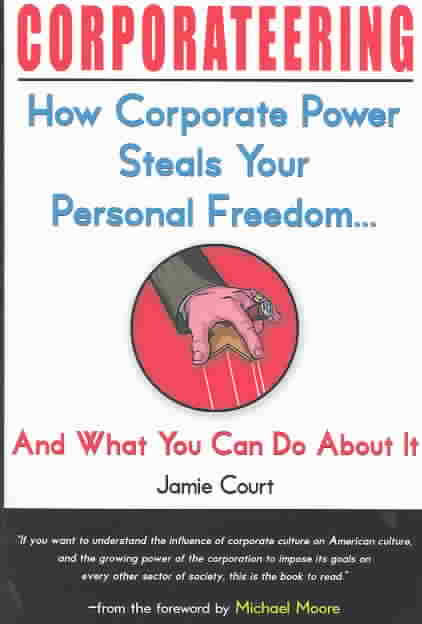 Enron. Tyco. Arthur Andersen. These companies have turned "corporate" into a four-letter word as headline after headline reveals shocking stories of executives stealing money from investors. But money isn't all that corporations steal. In Corporateering, Jamie Court shows how corporations routinely and quietly rob us of our personal freedoms, including privacy, security, the right to legal recourse, and more. In fact, "corporateering"-the act of prioritizing commercial gain over individual, social, or cultural gain-is everywhere in our lives.

Making a Killing: HMOs and the Threat to Your Health If a Health Maintenance Organization (HMO) is your family's medical provider, just hope you never face a medical crisis. This compelling book tells story after story of people who got caught--and killed-in a system aimed at profit. Read the human stories behind the HMO statistics. Find out the real cost of savings gained at the bottom line. In Making a Killing, consumer activists Jamie Court and Francis Smith take on the corporate world of managed care and explain, in plain language, what HMOs mean for your health, and who really profits from the managed care system. You can read this book online at http://makingakilling.org/contents.html "Medical care may be hazardous to your health." That frightening warning is the principal conclusion of numerous studies. Independent scientific research has sketched out the frightening dimensions of death and injury caused by negligent, incompetent and criminal doctors and hospitals. You can read the book online at http://essential-book.org/books/silent/