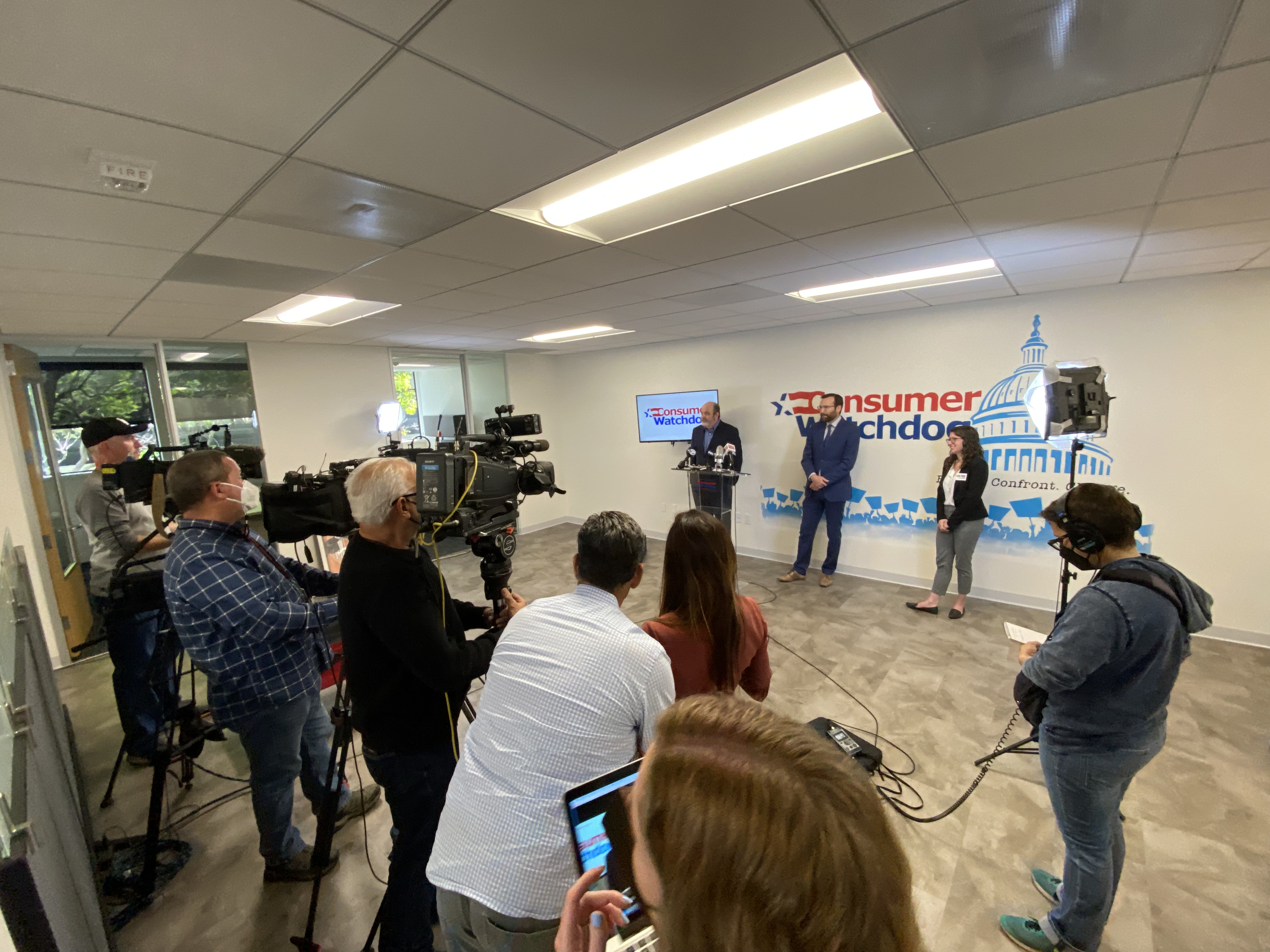 Watch the press conference of the bill launch.

Los Angeles, CA -- With California gas prices topping $5 to $7 per gallon, California State Senator Ben Allen joined with consumer advocates today to announce new legislation that will require oil refiners to disclose once a month the price they pay for crude oil and the profit margins they make on the gasoline they refine and sell.

SB 1322 (Allen), the California Oil Refinery Cost Disclosure Act, will allow Californians to finally know how much the big five oil refiners in the state are profiting from each gallon of gasoline they sell.

Read the legislation at: https://leginfo.legislature.ca.gov/faces/billTextClient.xhtml?bill_id=202120220SB1322

View the slides presented at the press conference.

“We ask the oil companies on behalf of California drivers: Let’s end the games of smoke and mirrors. Open your books and show the public your true costs of doing business,” said Senator Allen, who chairs the California Legislature’s Environmental Caucus and the Senate Environmental Quality Committee.

A 2019 report by the California Energy Commission concluded that “the primary cause of the residual price increase is simply that California’s retail gasoline outlets are charging higher prices than those in other states… The overall California increase in retail margins, above that experienced by the rest of the U.S. has resulted in California gasoline consumers paying an estimated additional $1.5 billion in 2018 and $11.6 billion over the last five years.”

Governor Newsom seized upon the report to call for an investigation by the California Attorney General into the practices. No results have been announced.

“Gasoline prices in California are about a dollar and ten cents more per gallon than in the rest of America,” said Jamie Court, president of Consumer Watchdog. “With California taxes and environmental fees adding about 50 cents per gallon, Californians have long wondered where the extra money they are paying per gallon goes, and with this legislation we will finally know. California has been an ATM for oil refiners for too long, it’s time to pull the curtain back and find out how much California oil refiners are making off every gallon of gasoline they sell and take back the excessive profits.”

Five oil refiners control 96% of the gasoline made in California: Chevron, Marathon, PBF Energy, Phillips 66 and Valero. They have the market power to sell gasoline to their branded retail outlets at prices that are 30 to 40 cents per gallon higher than the prices they charge the small, unbranded independent section.  That’s why you can buy so much cheaper gas at Costco or United Oil. The refiners thereby reap higher profits from their contracts with retail gas stations of at least 30 to 40 cents per gallon, a phenomenon dubbed the “Golden State Gouge.”

The practice of charging branded gas stations so much more than unbranded stations was first identified by Consumer Watchdog in the wake of the prolonged 2015 outage of the Exxon Torrance refinery as a way for refiners to continue to sustain the excessive profits that the outage created.

The issue was aired at the CEC’s Petroleum Market Advisory Committee and led to the CEC’s October 2019 report.

California refiners profits are not reported on a consistent basis so that the public and policymakers can understand how much the companies are profiting off California’s pain at the pump.

"While we strive for a California where the price of gas doesn’t matter because our cars, trucks, and buses are completely powered by renewable energy, in the meantime we cannot allow California oil refiners to profiteer off consumers,” said Jenn Engstrom, state director of CALPIRG, the California Public Interest Research Group. "We need better transparency so we know to call out oil refiners if they needlessly raise prices for consumers."