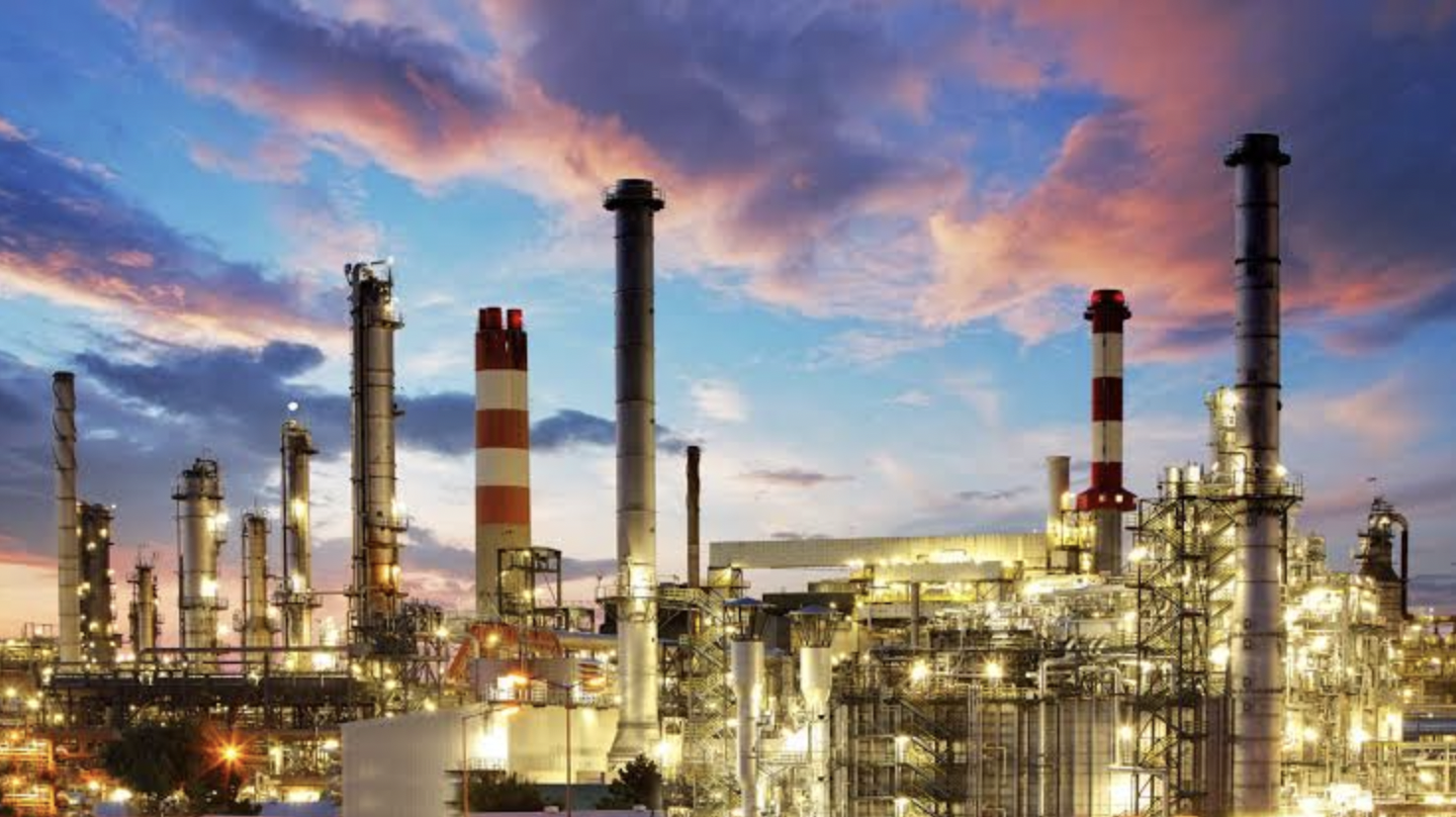 Consumer Watchdog reported that the state’s five big oil refiners, that make 97% of the gasoline in the state, made from three to ten times more in profits per gallon off of West Coast operations from April through June than they did in the same period last year.

Profits per gallon from West Coast operations also registered highest among each refiner’s reported regions across the United States and world – proving that it is profits, not California’s environmental rules and taxes, that drive up California pump prices.  As of 8/8, the Energy Information Administration reports Californians pay $1.26 per gallon more than the national average for gasoline.

"Californians have been an ATM for oil refiners for too long and now it's time for the legislature to push back on these outrageous profits," said Jamie Court, president of Consumer Watchdog. 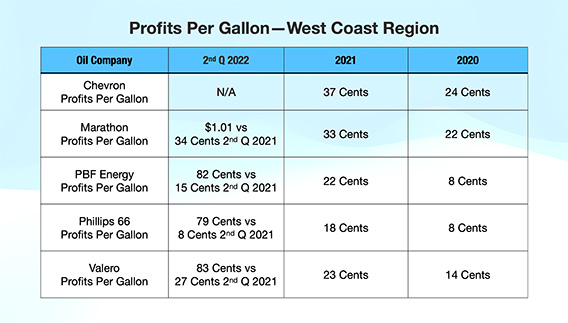 California's five big refiners made $26.6 billion in the second quarter, more than double the profits from 2021's second quarter -- an increase of $14.5 billion. California refiners currently do not report their profits from California, only the Western region on quarterly basis. SB 1322 (Allen) would require monthly disclosure of per gallon California profits. The bill has cleared the Senate and is awaiting action on the Assembly floor.

"The latest reports show that Big Oil took advantage of higher prices to make record profits off of already-squeezed drivers,"  said Senator Ben Allen. "I’m hopeful that my colleagues will see the wisdom of our bill SB1322 that will shed more light on the oil pricing process.  Special thanks go out to Consumer Watchdog for its dogged focus on this important issue."

Consumer Watchdog’s president Jamie Court presented the evidence Thursday in Sacramento to the Assembly Select Committee on Gasoline Price and Supply to make the case for SB 1322 and recommend that a windfall profits tax to be applied to refiners.  Court's full testimony can be viewed here and his  slide show presented to the committee can be viewed here. 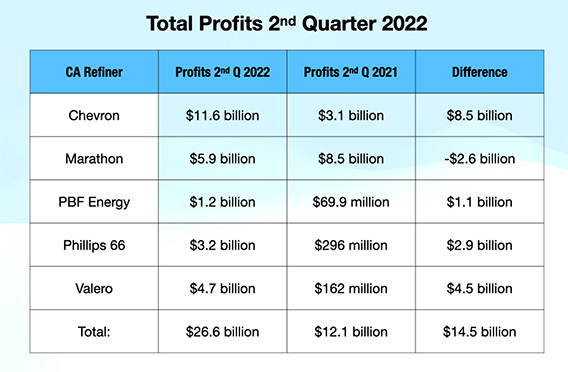 "These profit reports prove that the only reason Californians are paying so much more for their gasoline than drivers in every other state is because the big five refiners have the market power to charge them as much as they want," said Court. "It's time for Californians to know exactly how much oil refiners have profited from their pain at the pump and for oil refiners to be forced to give back their excessive profits." 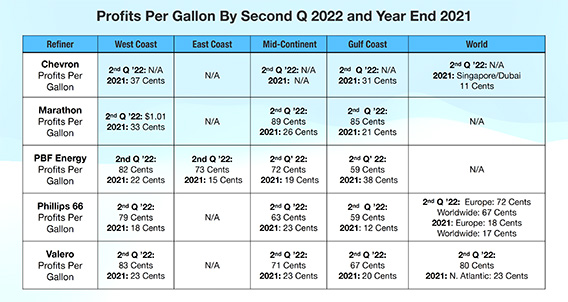 Chevron does not provide quarterly data for calculating quarterly profits per gallon. But the company said that profits from refining in the second quarter were up by nearly $2.5 billion primarily on higher refining margin.

Companies report refining margins by the barrel - the difference between the cost of a barrel of crude oil going into the refinery and the value of refined products coming out.  Profits per gallon are calculated by dividing refinery margins per the number of gallons in a barrel, 42.

On the second quarter investor earnings call, Chevron CEO Pierre Breber indicated that the company would tighten supplies still further, especially in California, by taking refineries offline—which would raise gas prices still further. “Now, looking ahead in the third quarter, we expect turnarounds and downtime to reduce production in a number of locations,” Breber said.  “In downstream, planned turnarounds are primarily at our California refineries.”

All the refiners reported demand for fuel has rebounded while supplies are tight. “We see demand remaining strong even in the face of economic uncertainty,” Tom Nimbley, chairman and chief executive at PBF Energy, said in a statement. Valero Energy had net income of $4.7 billion in the quarter, up from $162 million in the quarter a year earlier, while PBF Energy saw profits surge to $1.2 billion from $69.9 million.