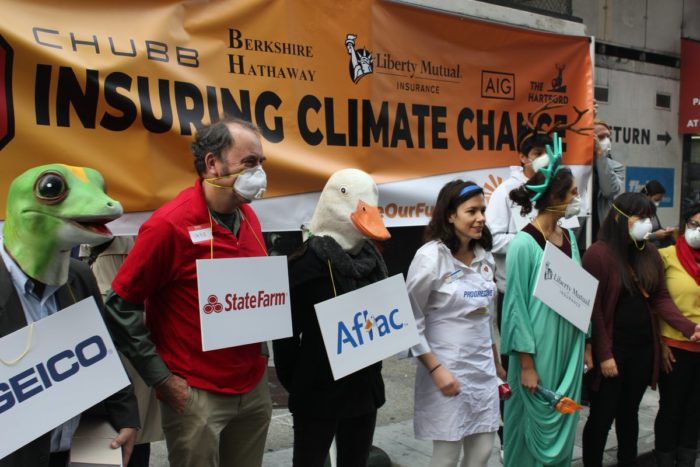 Los Angeles, CA -- As the 2019 wildfire season begins, many homeowners in at-risk areas have once again seen their insurance rates go up, or their insurance policies dropped altogether. According to the California Department of Insurance, nearly 350,000 rural homeowners have had their coverage dropped in just the past four years.

In response Carmen Balber, Executive Director of Consumer Watchdog, a member of the Insure Our Future campaign, issued the following statement:

“Scientists tell us that climate change is causing longer wildfire seasons in California with bigger and more destructive fires. As risk managers, the insurance industry has known about the risks of climate change for decades. Yet these companies - Liberty Mutual, AIG, Farmers, and others - continue to insure the dirty energy projects and companies that are driving the climate crisis and investing their customers’ premiums in fossil fuels.

“The hypocrisy of dumping homeowners in wildfire areas while continuing to embrace the fossil fuel companies that create the conditions for these wildfires is astounding. A Liberty Mutual spokesperson called dropping policies and raising rates a ‘necessary step to responsibly manage our overall exposure to wildfires,’ yet Liberty Mutual refuses to manage the role it is playing in the climate crisis.

“The U.S. insurance industry can and must do better. In the past two years, 13 European and two Australian insurers have come out with policies to address climate change. This summer, Chubb became the first major U.S. company to adopt a policy restricting insuring and investing in  coal projects and companies. Companies like AIG and Liberty Mutual, the country’s largest providers of fire insurance, are on the hook to pay for the damage caused by climate change. It simply doesn’t make sense for them to continue to prop up the fossil fuel industry while leaving their customers to pick up the pieces on their own.”

Insure Our Future holds the U.S. insurance industry accountable for its role supporting the drivers of climate change. The campaign is calling on insurers to stop insuring and investing in coal and tar sands projects and companies. It is part of the global Unfriend Coal campaign, which promotes a rapid shift of the insurance industry from supporting and financing fossil fuels to accelerating the transition to a clean energy economy.