Mercury Insurance Will Pay $27.6 Million Fine – Largest Ever – for Overcharging California Motorists in Violation of Proposition 103 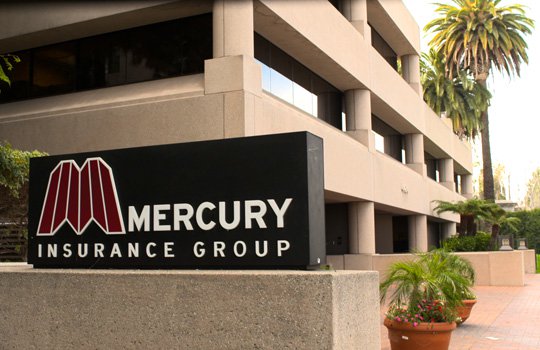 Los Angeles, CA -- Mercury Insurance Company will pay at least $27.6 million in civil penalties for overcharging hundreds of thousands of California motorists in violation of insurance reform Proposition 103. Late yesterday, the California Supreme Court rejected the company’s last-ditch effort to evade the fine – the largest ever against a car insurance company in California. Mercury is the seventh largest insurer in California.

Consumer Watchdog, whose lawyers fought to bring the company to justice alongside attorneys for the California Department of Insurance, hailed the victory.

“Mercury’s illegal scheme resulted in tens of millions in overcharges to California consumers who purchased a Mercury policy,” said Pamela Pressley, Senior Staff Attorney for Consumer Watchdog and its lead lawyer on the case. “The California Supreme Court’s decision sends a strong message that insurance companies cannot evade the law by tacking on extra fees on top of approved premiums.”

“No insurance company in California has so wantonly ignored and repeatedly violated California law as has Mercury Insurance,” said Rosenfield, the founder of Consumer Watchdog. “The California Supreme Court’s rejection of Mercury’s attempt to escape legal responsibility for its unlawful scheme is a vindication not only of California voters, but also of the rule of law.”

Consumer Watchdog co-counsel Arthur Levy, who has been engaged in broker fee litigation against Mercury for nearly 20 years, said, “Mercury fought justice in the courts for two decades.  Justice has prevailed.”

Orange County Consumer Attorney Wylie Aitken, a leader in litigation on behalf of policyholders against Insurance companies, stated: “No one is above the law – particularly an over-reaching insurance company that preyed on consumers rather than protect them. Mercury’s legal duty was uniformly and selfishly ignored. Californians can once again bask in the light and amazing value of our third branch of government, our courts of last resort. It took the courts to upset Mercury’s playbook of illegal fees, abuse of legislative and court processes and their incredible discrimination against California insurance consumers.”

Proposition 103, approved by the voters in 1988, requires insurance companies to charge fair premiums, and to obtain the approval of the Insurance Commissioner for all auto, home and business insurance rates before they take effect. Shortly after Proposition 103 was enacted, Mercury concocted a scheme to evade the new law: it allowed its agents to charge “broker fees” on top of the premiums that the Commissioner approved. When confronted with this illegal behavior by state regulators, the company tried to get the Legislature to retroactively legalize the rip-offs. That effort failed.

A private lawsuit against Mercury and an investigation by the California Department of Insurance followed. Mercury refused to obey court injunctions requiring the company to stop charging the sham fees; in fact, it continued its unlawful scheme for four more years, until 2009. Mercury tried to derail the Department of Insurance case through litigation and other delaying tactics, but in 2015, Insurance Commissioner Dave Jones ordered Mercury to pay $150 for each of the more than 183,000 violations between 1999 and 2004, for a total of $27.6 million.

Mercury appealed the Commissioner’s order, and an Orange County Superior Court Judge overturned that decision. But the Court of Appeal reinstated the penalty in May of this year. Mercury petitioned the California Supreme Court to review that decision; that request was rejected yesterday.

Proposition 103 has saved motorists alone over $150 billion since its passage, according to a 2018 report by the Consumer Federation of America.