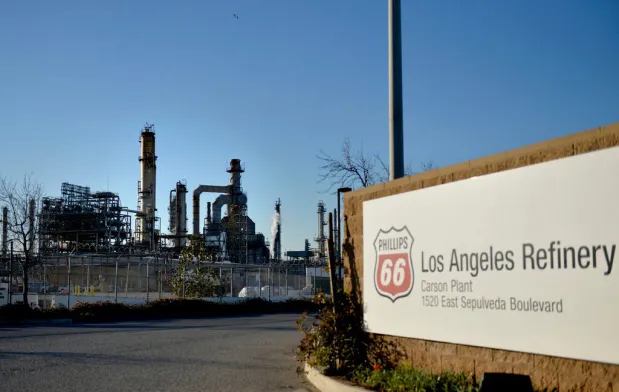 Los Angeles, CA—Oil refiner Phillips 66 posted 3rd quarter refining profits of $2.8 billion, accounting for more than half of its total quarterly profits of $5.3 billion. Its total corporate profits rose seven times over those generated in the third quarter last year. Phillips made 68 cents per gallon in profits at West Coast pumps in the third quarter, well past the 50-cent per gallon windfall profit mark that California refiners have only crossed three times in twenty years before 2022.

“Phillips’ West Coast profits confirm the pattern of big refiners making major windfall profits off of consumers living in California and the need for the legislature to pass Governor Newsom's proposal to rebate the excess profits to consumers,” said consumer advocate Liza Tucker.

Governor Newsom has called a special legislative session in December to consider a windfall profits cap and price gouging rebate for California consumers. A new law, SB 1322 (Allen), backed by Consumer Watchdog, will require oil refiners to post their profits per gallon from refining monthly beginning in January. This will give California the basis to monitor for price gouging in real time and, if a price gouging rebate is enacted, to give the excess profits back to drivers.

Oil companies provide to investors gross refining margins that reflect the difference between the cost of crude oil bought and the price of petroleum products produced and sold by the refiner. From there, Consumer Watchdog calculates cents per gallon profits by dividing the gross refining margins on a barrel of crude by 42—the number of gallons in a barrel.

Oil refiners' reports to investors only reveal Western regional margins, not California specific profits, which are generally higher. While both PBF Energy and Valero run West Coast refineries only in California, thus their reported margins are only for California.  Phillips 66 operates refineries in California as well as in Washington state.