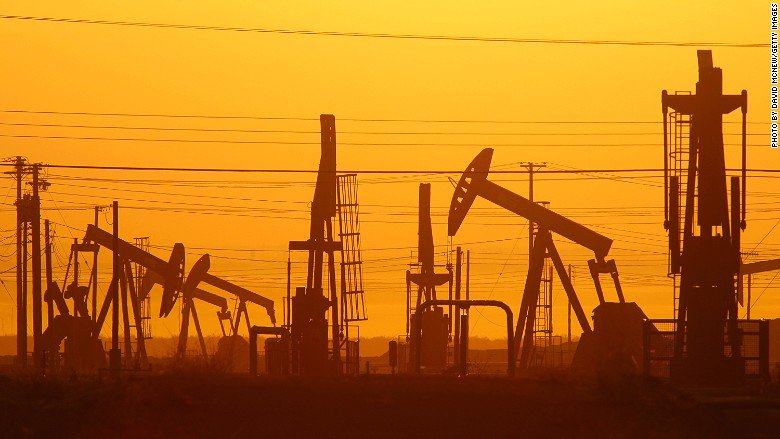 The California Geologic Energy Management Division (CalGEM), a branch of the Department of Conservation, granted 190% more permits to drill new oil and gas production wells in California in the first six months of 2020 over Newsom’s first six months in office. In addition, after a nine-month moratorium on fracking that began in July 2019, CalGEM issued 48 new fracking permits to Aera and Chevron between April and July 2020.  During his first year in office, Newsom issued 211 fracking permits.

The permit numbers and locations are posted and updated on an interactive map at the website: NewsomWellWatch.com

“This is exactly the wrong trendline we would expect to see at this point under Governor Newsom,” said Consumer Advocate Liza Tucker.  “We should have seen a ban on fracking, as the Governor promised during his campaign. We should be seeing fewer permits issued. That would be the natural result if we made oil companies pay for the true cost of doing business in California by putting up the money necessary to plug and clean up a well when they get a permit to drill one, as state law allows.

“Oil companies appear to be applying for new permits without intending to use them, perhaps to draw new investors in the middle of a financial crisis due to COVID-19 and a plunge in oil demand and prices.  The last thing California should be doing is abetting them to go deeper into debt without shielding Californians from the financial consequences of being left holding the bag on well plugging and cleanup if they go under.”

Chevron, for example, had applied for six fracking permits but the state oil and gas supervisor denied them on August 7 on grounds that the agency would have to perform an environmental review. Chevron promptly said it did not want to continue with the permit applications.

California has on hand only $107 million in bonding from oil companies to plug and decommission all of the state’s wells and associated infrastructure when the actual liability is $9.2 billion, according to the California Council on Science and Technology.

The increase in production well permits was accompanied by a decrease in the number of permits to drill new “enhanced oil recovery” (EOR) wells that use extraction techniques such as steaming and water flooding to loosen up oil, as well as a reduction in the number of permits issued to rework some types of existing wells.  This is likely a result of Governor Newsom's ongoing moratorium on high pressure steam injection due to resulting oil spills and groundwater contamination, said Tucker. 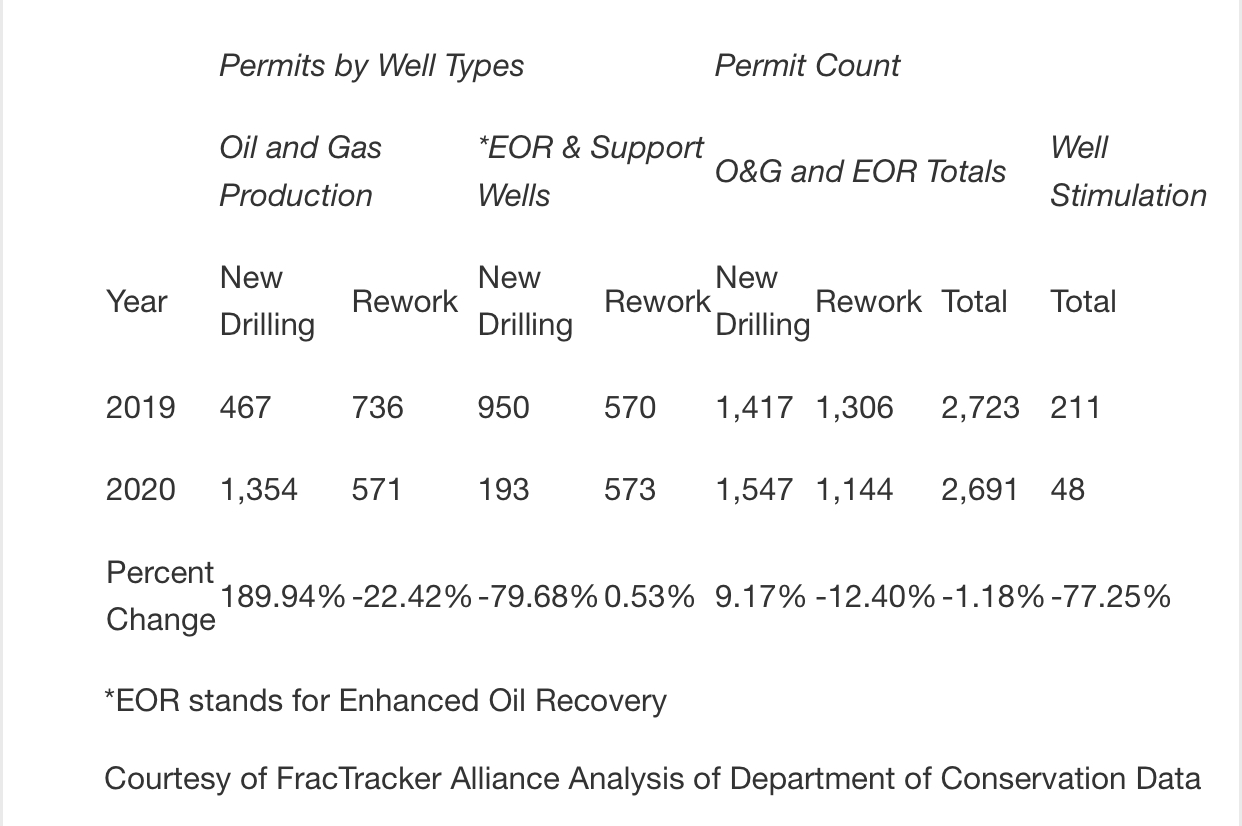 The Newsom Administration has issued 1,547 new well drilling permits for both production wells and wells using enhanced techniques and 1,144 well rework permits in the first six months of 2020 for a total of 2,691 permits.  The total between them represents a very slight drop of 1.2% over the first six months of last year. The reduction in permits for well reworks and new wells using enhanced extraction techniques contributed to a drop in total CALGEM permits issued. Nonetheless, the total number of all new wells drilled in the first half of 2020 is still 9.2% higher than the first half of 2019 when Governor Newsom had a complete lack of control over CalGEM's permitting policies.  See:  https://www.consumerwatchdog.org/energy/watchdogs-call-resignations-permit-freeze-california-oil-regulators-approve-surge-well

In 2019, Governor Newsom’s administration practically matched the total number of permits issued under Brown in 2018.  But if CalGEM keeps up the current pace, 3,102 new permits to drill oil and gas production wells will be issued in 2020, according to FracTracker Alliance. “That blows away Brown’s tally for new well drill permits during 2018 as well as Newsom’s new well drilling permits for 2019,” said FracTracker Alliance’s Western Program Coordinator, Kyle Ferrar.  “We have not seen this level of permits issued for drilling new oil and gas wells since 2015. Governor Newsom's permitting policies are the exact opposite of the managed decline he promised.”

Comparison of Permit Counts Under Gov. Jerry Brown (2010 through 2018) Vs. Governor Gavin Newsom By Year

Courtesy of FracTracker Alliance and Based on Department of Conservation Data.