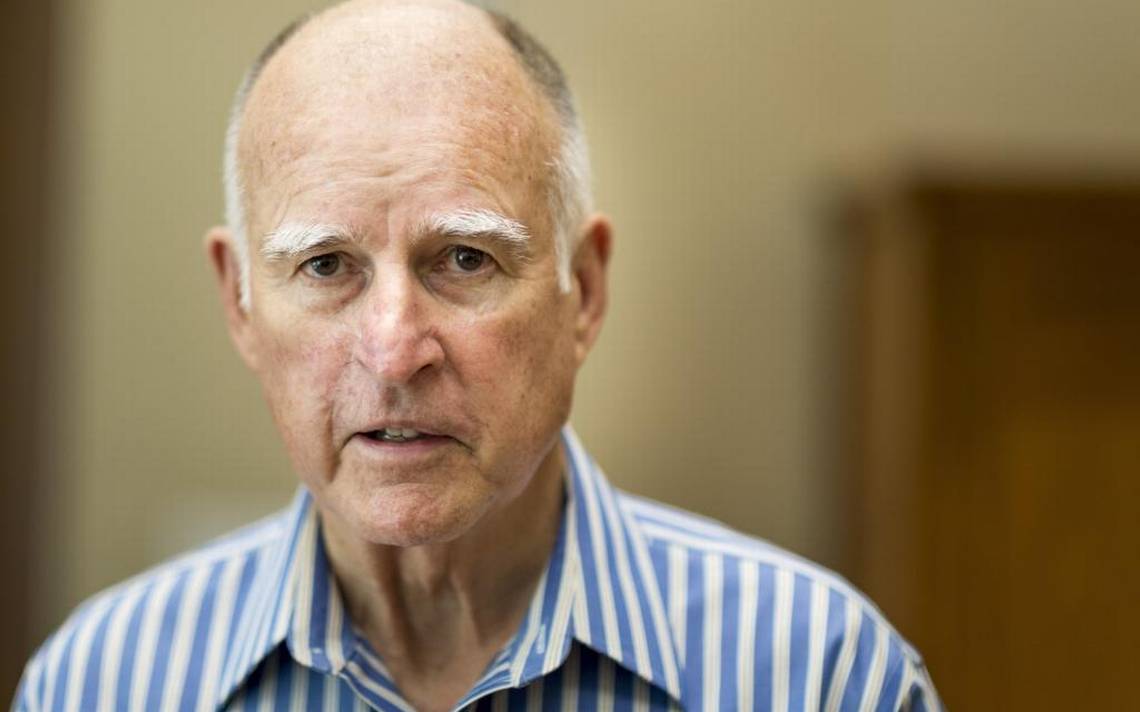 Santa Monica, CA — Consumer Watchdog today called on the Public Utilities Commission to require disclosure of any communications about new, unnecessary natural gas-fired power plants in Southern California made during Governor Jerry Brown’s recent trip to Beijing to tout clean energy. The trip, during which energy company executives had intimate access to the governor and energy regulators, shows the need for greater transparency around power plant decision-making.

“At a time when we are paying other states to take our excess solar power, it’s unconscionable that California would continue to build more natural gas-powered plants and that two operators who benefit financed the Governor’s trip to Beijing to proclaim his world leadership against the damage wrought by fossil fuels,” Consumer Watchdog wrote in a letter to PUC President Michael Picker.

Legislation passed last year expanded disclosure of ex parte communications at the PUC, but the PUC limited required disclosures of communications between decision makers and interested parties to Commissioners and Administrative Law Judges. A number of agencies make decisions on power plant construction, so discussions with these regulators should also be publicly disclosed, said Consumer Watchdog.

“We are deeply troubled to learn that AES Corporation, which chipped in to help pay for the Beijing trip via the California State Protocol Foundation, sent an executive to accompany the Governor,” Consumer Advocate Liza Tucker wrote in the letter.

“AES recently won the right to build two big new fossil fuel-powered electric plants in the Los Angeles basin for Southern California Edison despite a demonstrated electricity glut. AES won from other regulators the right to expand that capacity beyond what the Public Utilities Commission (PUC) approved. Edison will need to come before you for permission to pass those extra costs along to ratepayers.

“We call upon the PUC to ensure full transparency by requiring disclosure of any contact between AES and Administration officials on the trip, as well as the Governor himself, about any upcoming proposals before the PUC involving Edison and AES.”

Another fossil fuel plant developer, NRG, contributed $25,000 to the same foundation underwriting Brown’s Beijing trip, and $110,000 overall to the Governor’s campaigns, causes and the California Democratic Party since 2012. The PUC approved Edison’s contract with NRG to build a gas-fired power plant in Oxnard, but that plan now hangs in the balance as other energy regulators rethink the need for it.

This year, the California Energy Commission approved site permits for AES that allows the company to build 62 percent and 31 percent more capacity, respectively, into Edison’s two new fossil fuel plants at Alamitos and Huntington Beach than the PUC approved.

AES West executive Stephen O’Kane, who went on the Beijing trip, would have been in a position to influence decision-makers like Governor Jerry Brown or CEC Chair Robert Weisenmiller to encourage the PUC to allow the expansion, the letter said.

“Ratepayers are already saddled with these power plants, but it is only a matter of time before Edison returns to ask the PUC for permission to charge ratepayers for additional power that the plants will generate, whether it is needed or not,” the letter said.

California currently has a major glut of fossil fuel power that is costing Californians $40 billion a year—roughly $7 billion more than they were paying nearly a decade ago at a time when electricity consumption has dropped and the state sells excess solar power to Arizona. Fifteen new natural gas-fired power plants have been approved or constructed since Brown was elected.

The California Energy Commission and the country’s largest municipal utility—the LA Department of Water and Power—are now rethinking as many as seven new natural gas plants slated for Southern California from Oxnard to Carlsbad, another NRG project, at a cost of more than $6 billion.