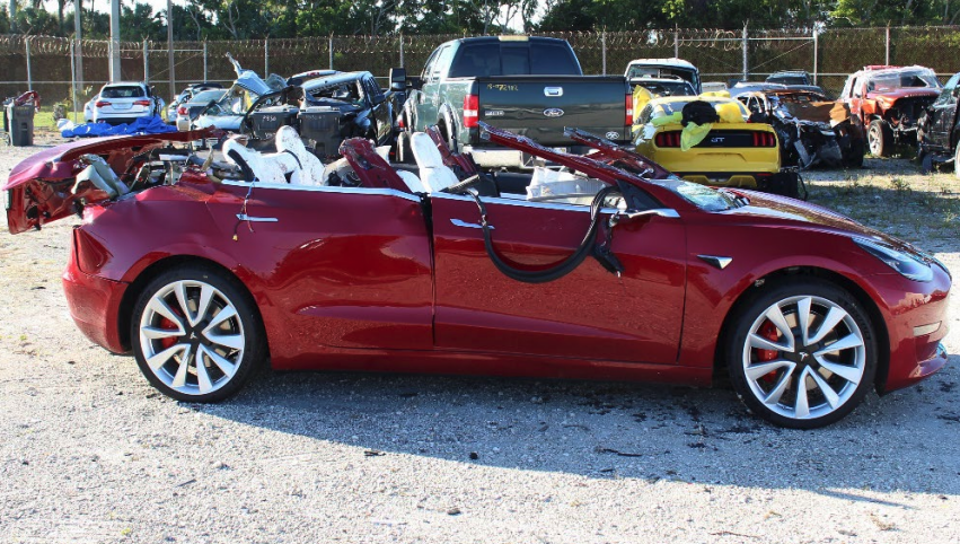 Los Angeles, CA -- Consumer Watchdog and the Center for Auto Safety today renewed their call to the Federal Trade Commission and Department of Motor Vehicles to investigate dangerously misleading and deceptive practices and representations of Tesla Motors, Inc. regarding the safety and capabilities of its Autopilot feature. Since the consumer groups called on the DMV and FTC to investigate one year ago, another person has died, others have been injured, and many more have acted recklessly as a result of deceptive practices by Tesla making their owners believe that a Tesla with “Autopilot” is an autonomous vehicle capable of self-driving. To be clear, it is not.

The Center for Auto Safety and Consumer Watchdog warned that Tesla’s representations of its Autopilot feature continue to violate Section 5 of the FTC Act, as well as California law, because they are materially deceptive and are likely to mislead consumers into reasonably believing that their vehicles have self-driving or autonomous capabilities. The letters state that Tesla’s and Elon Musk’s public statements regarding Autopilot mislead and deceive consumers.

“It is time for regulators to step in and put a stop to Tesla's ongoing autopilot deception,” said Adam Scow, Senior Advocate for Consumer Watchdog. “Tesla has irresponsibly marketed its technology as safety enhancing, when instead it is killing people.”

“Last year we asked the FTC to stop Tesla’s continued deceptive use of the term ‘Autopilot’ before there were more deaths and injuries because of an overreliance on non-autonomous technology,” said Center for Auto Safety Executive Director Jason Levine. “One year later, there has been more unnecessary, preventable tragedy, and more intentional deception by Tesla, including claims of ‘full self-driving capability.’ If the FTC, and the states, do not stop these unlawful representations, the consequences will squarely fall on their shoulders.”

Use of the name Autopilot continues to create confusion among consumers. A recent study by the Insurance Institute for Highway Safety (IIHS) examined consumer understanding of advanced driver assistance systems, including Tesla’s “Autopilot.” IIHS concluded that “[t]he name ‘Autopilot’ was associated with the highest likelihood that drivers believed a behavior was safe while in operation, for every behavior measured, compared with other system names.” Notably, 48 percent of respondents believed that it was safe to take one’s hands off the steering wheel when using Autopilot, compared to a maximum of 33 percent for any other similar system mentioned.

Consumers of Tesla vehicles have already been killed or injured because they misunderstood the safety and capabilities of Autopilot. There is an abundance of Tesla consumers who brag about their vehicles’ “self-driving” abilities. News and other media outlets describe Autopilot as “self-driving.” These realities prove that Tesla, with assistance from Elon Musk, has successfully deceived consumers into believing that Autopilot is more than an assist system.

The death of a Tesla driver on March 1, 2019 in Delray Beach, Florida was almost identical to the fatality three years earlier Williston, Florida of another Tesla driver. In both instances, an overreliance on features that were deceptively described as an “Autopilot” directly contributed to their deaths.

The FTC, DMV, and the Attorney General must open formal investigations Tesla’s unfair and deceptive practices so that consumers have accurate information, understand the limitations of Autopilot, and operate their vehicle safely and without endangering themselves or other drivers, passengers, or pedestrians on the road. The Center for Auto Safety and Consumer Watchdog urge swift action in order to prevent further tragedies.

Since 1970, the Center for Auto Safety has successfully led the fight for lemon laws in every state, airbags in every vehicle, and recall repairs being made at no cost to the consumer. The Center is a membership-driven, advocacy organization headquartered in Washington, DC. Center membership includes the monthly Safety Tune-Up Reportproviding individual alerts on safety issues relating to member’s cars and access to TheCarBook.com, which has for the last 39 years, been America’s most comprehensive car buying guide. The Center is also home to the Safe Climate Campaign which fights global warming by working for big, specific measures to reduce greenhouse gas emissions To learn more, please visit www.AutoSafety.org.