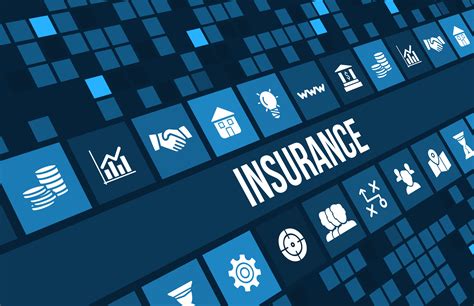 Los Angeles, CA -- The insurance industry’s use of algorithms and Artificial Intelligence to set premiums and determine who can get insurance coverage is a serious threat to Californians and a violation of California law, Consumer Watchdog will tell the Insurance Commissioner at a public meeting today called to examine high-tech bias and discrimination by insurance companies.

Under current consumer protection rules put in place by Proposition 103, insurance rates and premiums are set through a public process that requires insurance companies to use objective, verifiable data to justify their pricing projections based on future claims, company expenses and profits. But insurance companies are pressing the Commissioner to abandon this approach in favor of using secret algorithms, models and Artificial Intelligence, which will lead to discrimination and higher prices. Indeed, as Consumer Watchdog points out, some insurance companies are already engaged in unlawful and discriminatory practices in California.

• Many insurance companies are using a motorist’s occupation and education to set premiums, which the Department itself concluded – three years ago – discriminated against low income, non-white drivers. Consumer Watchdog has repeatedly objected to this unlawful practice and asked the Commissioner to issue rules to stop it. However, the Department continues to allow insurance companies to do so.

• Two auto insurance companies have been found to have overcharged their best California customers based on Big Data studies showing that certain motorists will tolerate modest but unwarranted premium increases – a practice known as “price optimization.” Reviewing evidence in an inquiry now underway at the Department of Insurance, Consumer Watchdog’s expert has concluded that Allstate overcharged some its California policyholders by $1 billion through price optimization. Consumer Watchdog said the Commissioner needed to issue massive penalties to punish Allstate and discourage other companies from future violations.

• Insurance companies are using secret “wildfire risk scores” to determine whether a person is eligible to buy homeowners insurance and, if so, the price they will be required to pay. A new regulation adopted by the Commissioner will require insurance companies to fully disclosure the models and algorithms they use to classify the wildfire risk of a property and set a person’s premium. But it will allow companies to deny coverage and non-renew existing policyholders based on the wildfire risk scores.

• Insurance companies and Wall Street “data brokers” are pressing the Commissioner to re-institute a high-tech version of the redlining and territorial rating systems that California voters rejected decades ago. They want the Commissioner to allow them to use privacy-busting tracking technologies, like “geo-location,” and other personal data about drivers’ habits to set auto insurance premiums (often referred to as “telematics”), rather than the rating factors required by law: principally their driving safety record, the number of miles they drive each year, and how many years of driving experience they have had.

Algorithms, models, Artificial Intelligence and machine learning all shift the insurance rate-making process from one that can be analyzed and verified to an arbitrary “smart black box” system in which the legitimacy of prices and underwriting practices can never be confirmed, enabling unlawful discrimination and excessive rates.

Consumer Watchdog urged the Commissioner to “reject the glittery hype and facile promises proffered by the insurance companies and Big Data firms seeking a regulatory windfall at the expense of California consumers. California law is clear: insurance rates and practices that unfairly discriminate are illegal. What is needed now in California is enforcement of the law.”