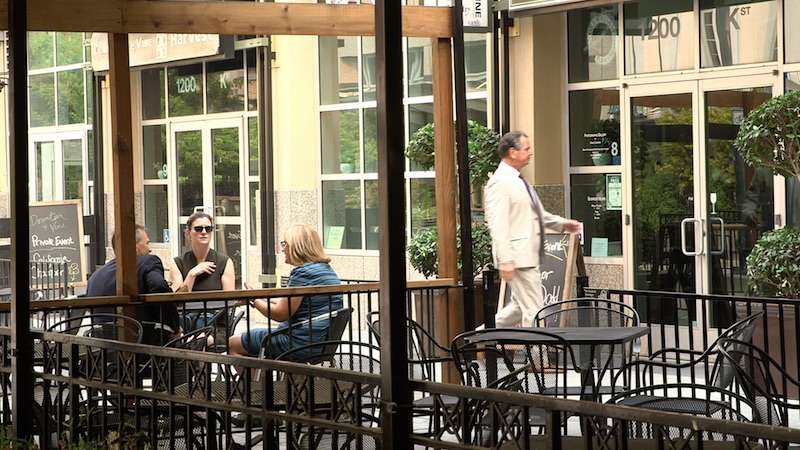 Sacramento, CA -- Consumer Watchdog released evidence today showing that the co-chairman of the conference committee convened to discuss taking wildfire victims' legal rights rushed witnesses to end a key hearing in order to get to his fundraiser across the street attended by PG&E and other utility lobbyists.

Cameras catch State Senator Bill Dodd (D-Santa Rosa) shutting down witnesses to end at 5 PM on Tuesday August 7th so he could hob-nob across the street at his “Pour and Pair” fundraiser at Downtown & Vine scheduled for 5:30 pm, where he was captured with the very utility lobbying firms that he was sitting across from in the hearing.

"The timing of this fundraiser was not only in bad taste, but it shows a gross lack of ethics unbecoming of a chairman of a conference committee deciding the fate of wildfire survivors’ legal rights," said Jamie Court, president of Consumer Watchdog. "It’s unseemly."

By holding the fundraiser on August 7th, Dodd was able to avoid reporting any campaign contributions made by the utilities' lobbyists at the event until after the legislation session is over. 90 days before an election donors and recipients have to start reporting contributions of $1000 or more within 24 hours. Before that, they have to report contributions of $5000 or more within 10 days. Senator Dodd’s fundraiser fell 92 days before Election Day  - so it slid in before the 24-hour disclosure deadline.

The maximum contribution an individual/company can give to a Senator is $4400, which is under the $5,000 reporting threshold. That means Dodd will not have to disclose any contributions made at the event until the next filing deadline, Sept 27th, well after the legislative session ends on August 31st.

Consumer Watchdog staffer Connor Finney caught Dodd rushing to the fundraiser from the Capitol and questioned him.  Dodd tells Finney on the video he doesn’t know if there will be utility lobbyists there and he doesn’t know how much his own fundraiser costs. The top donor level listed on the invite was $4400 - the most companies can give to legislators. 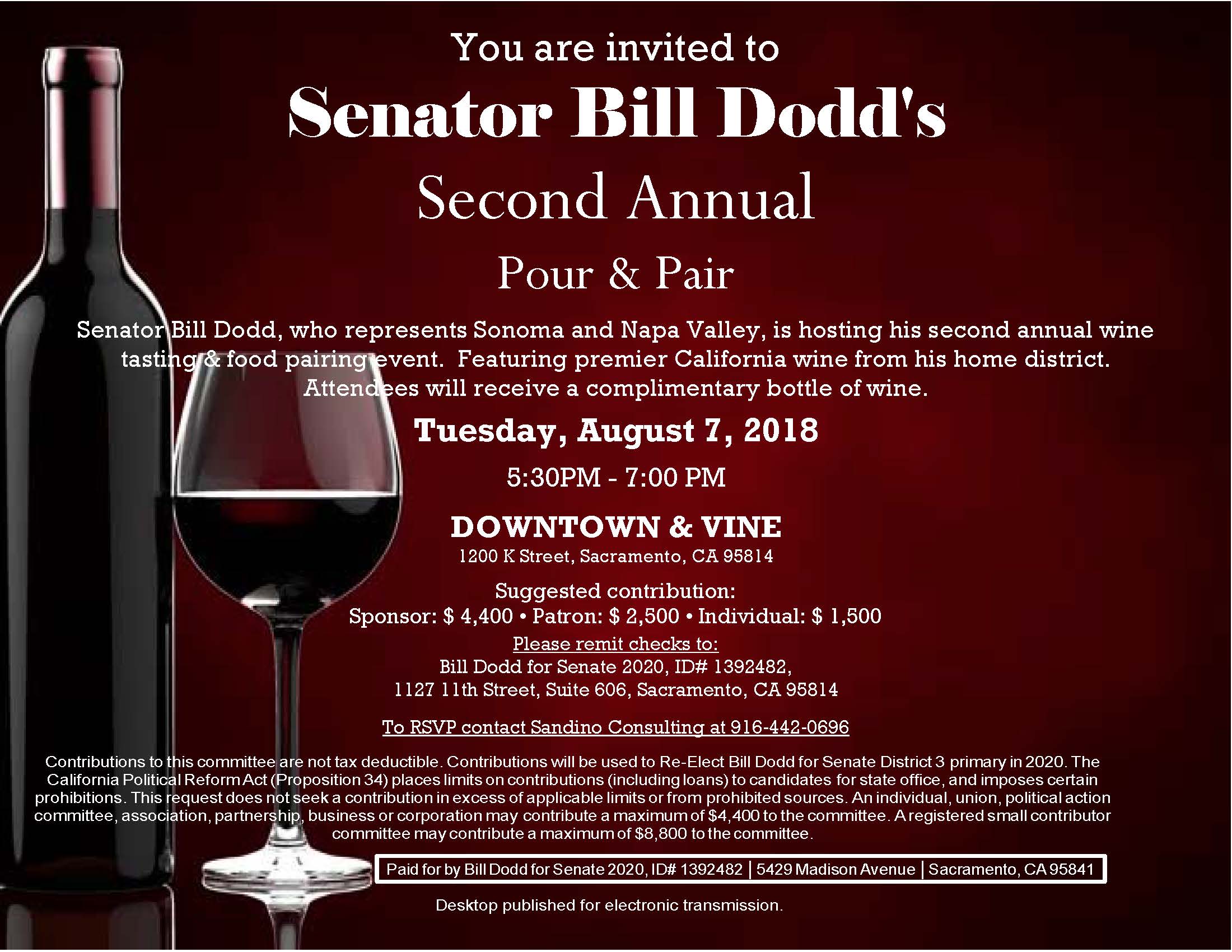 "Senator Dodd needs to give any money from utilities or their lobbyists back as another member of the conference committee, Assembly member Jim Wood, already has," said Court. "PG&E should not be perceived as buying this debate, regardless of whether it could nor not.”

State records show Senator Dodd has already reported collecting $37,658 from the three utilities in campaign contributions since 2011.   However, three investor owned utilities also gave hundreds of thousands of dollars - far above the limit they are able to give Dodd in direct campaign contributions - to independent expenditure committees that backed Dodd in a big way.

State records show the three utilities gave a total $280,000 to Californians For Jobs and A Strong Economy. That committee made a $656,657 independent expenditure (IE) to support Dodd’s campaign, spending on consulting services, mailers, media buys and production, data and postage. PG&E contributed another $30,000 to a different IE committee, Building and Protecting A Strong California, in 2016. That committee spent $81,218 in 2016 to support Dodd in the form of phone banking, polling, accounting, and consulting.

Dodd is also close to the utility industry via his chief of staff, Ezra Chaaban, who is the son of long-time PG&E manager Jim Chaaban. The elder Chaaban has supervised PG&E gas and electric service planning, maintenance and design for the last 18 years. Jim Chaaban served as a legislative staffer and committee consultant to the California legislature for nine years prior to taking a job with PG&E.

"Senator Dodd is deeply indebted to PG&E and too close to this utility and its lobbyists to serve as an impartial co-chair of this conference committee," said Court.