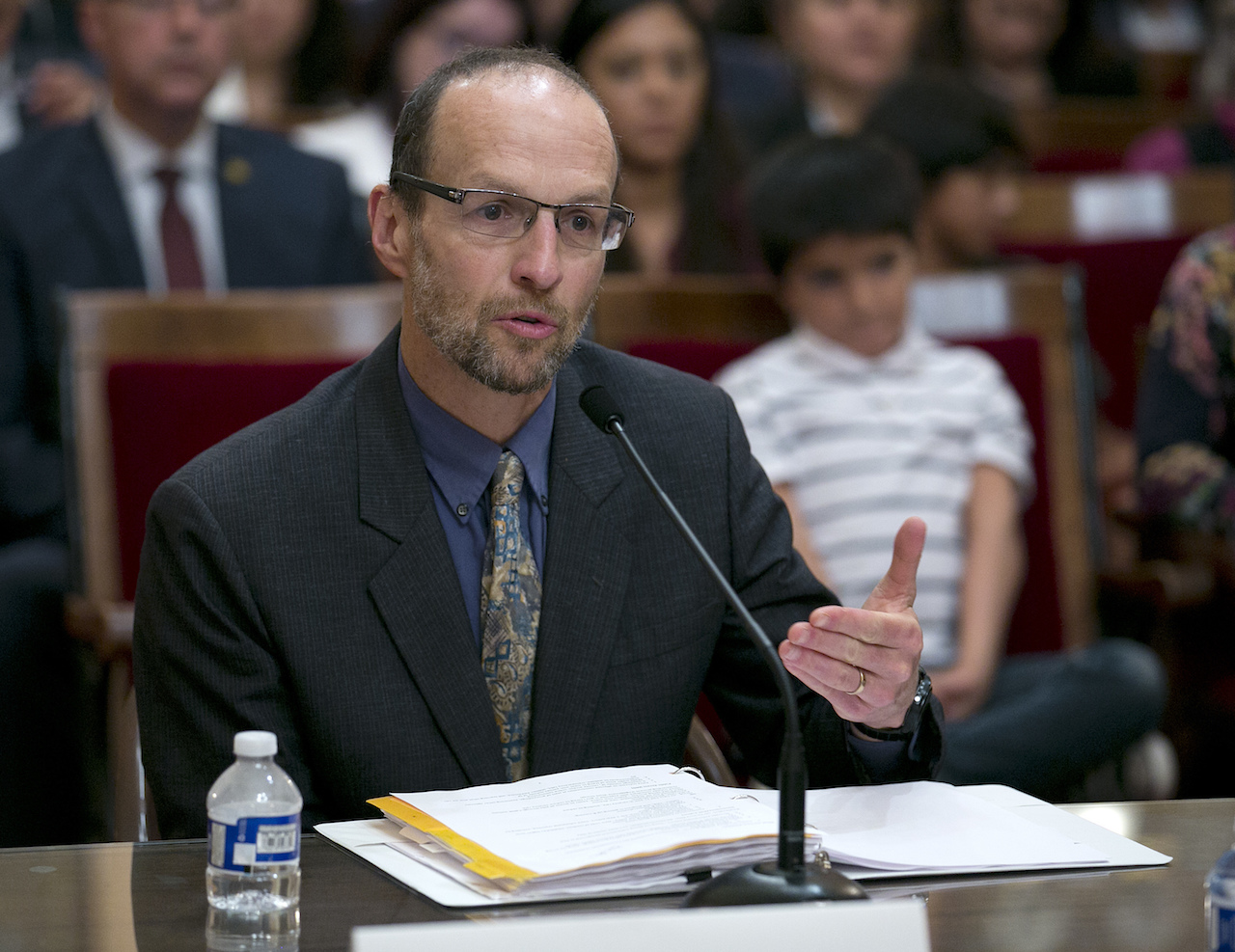 Sacramento, CA --  Public interest groups are urging the California Senate Rules Committee to demand answers about oil and gas well safety breaches from Governor Brown’s top oil and gas aide and to not confirm him to the Public Utilities Commission without them.

The groups called upon Senate leader Kevin de Leon and the Committee not to confirm Cliff Rechtschaffen unless he could adequately explain why he fired tough oil well regulators and weakened well safety standards, at the behest of Occidental Petroleum, leading to many safety scandals, including the Aliso Canyon methane leak.

The groups stated that the reopening of the Aliso natural gas reserve recently, without any public release of findings of the cause of the largest methane leak in US history, brings even more import to de Leon’s rejection of Rechtschaffen’s confirmation.

Consumer Watchdog, Food & Water Watch, Rootskeeper, Save Porter Ranch, and public interest attorneys Aguirre & Severson LLP wrote to de Leon that Rechtschaffen has a record of ignoring federal laws and state regulations to aid the oil and gas industry while jeopardizing the environment and public health.

“Rechtschaffen’s record shows that he will pander to the largest energy companies in the state at great expense to the public, to the proper role of government, and to fair play,” the groups wrote.

“Rechtschaffen’s dismissal of tough oil and gas regulators in the state on behalf of one of its largest oil companies is one of the saddest chapters in this state’s unapologetic obeisance to Big Oil,” the letter said. “It should not go without full and complete public disclosure in the confirmation process and thorough questioning of Mr. Rechtschaffen about details yet to be in the public record.”

Cliff Rechtschaffen fired two top oil and gas regulators in 2011, after Occidental Petroleum and its attorney, former Governor Gray Davis, pressured Governor Jerry Brown to speed up the granting of oil industry permits without proper environmental review, according to court papers. His actions, and subsequent restructuring of the Department of Conservation’s Division of Oil, Gas, and Geothermal Resources (DOGGR), eventually led to the drilling of more than 2,400 oilfield wastewater disposal wells into federally protected aquifers. In the wake of the firings, and granting of a Kern County fracking permit, Occidental contributed a total of $500,000 to Proposition 30, Brown’s initiative to raise taxes.

Rechtschaffen’s actions killed emergency regulations that the fired regulators were drafting to improve the safety of cyclic steaming, a common method of hydraulic fracturing. Cyclic steaming in wells with damaged casings can affect nearby wells and open up sinkholes like one in which a Chevron worker had died earlier in 2011.

“Without the regulations in place, oil companies carried on the dangerous practice of cyclic steaming without having to report everything from well pressures and conditions to proper posting of when and where cyclic steaming was taking place,” the letter said. “By undermining well rules as the Governor’s point person on oil and gas issues, Rechtschaffen put public health and safety at risk.”

The letter raised many questions about Rechtschaffen’s role in the blowout at Aliso Canyon, the natural gas reserve owned by Southern California Edison and parent Sempra.  Kathleen Brown, Jerry Brown’s sister, sits on the board of Sempra and made more than $1 million for her board work there since taking the office two years into Brown’s gubernatorial term.

“Rechtschaffen’s ignoring of DOGGR standards may have directly led to the failure of injection well SS 25 in Aliso Canyon,” the letter said.

The letter also raised red flags about Rechtschaffen’s role in Governor Jerry Brown’s emergency proclamation on Aliso Canyon in 2016. “That proclamation swept aside any public investigation into the causes of the blowout that only the PUC has the authority to open, and gave SoCalGas direct cover to hire and direct consultants to determine the cause of the debacle, and to control when and what the public learns about it. As Brown’s trusted energy advisor, Rechtschaffen would have had to be a party to the proclamation’s nuances.”

Families in Porter Ranch and the Northern San Fernando Valley who have been sickened by the Aliso Canyon blowout are up in arms about the nomination of Rechtschaffen traveled to Sacramento to testify that he does not belong on the panel that regulates utilities. They say Rechtschaffen ignored regulations that could have avoided the 2015 Aliso Canyon Gas Storage facility blowout that released 100,000 tons of methane into the air.

Alex Kim, who emigrated from Korea in the mid-1970’s, says he hadn’t protested since his student days in Seoul but has been forced to speak out because his wife suffers ongoing nosebleeds and his grandchild suffered rashes which he attributes to the blowout.

Melanie Demont is a retired school teacher who was forced to evacuate for months until the leak was capped. Like many residents near the gas fields, she has ended up in the ER and urgent care with respiratory symptoms.

“The blowout at Aliso Canyon has changed my life in ways I never would have imagined,” said Demont. “My ongoing health problems have me considering whether to sell the house that was supposed to be my retirement, because I can’t live somewhere I can’t breathe. Cliff Rechtschaffen is responsible for shutting down well safety rules that could have prevented this disaster that has ruined my life. That’s why I’m traveling to Sacramento to plead with the Senate to reject his confirmation to the PUC. We deserve better.”

Consumer President Jamie Court wrote de Leon yesterday to point out that just because he and Brown are both Democrats there should be no favoritism towards Rechtschaffen.

“Appointees and governors must know that when they do harm to the public and the public interest they will be questioned and not confirmed if their answers are not satisfactory,“ Court said.  “Governor Brown holds huge power in this state but he is not a king and the Senate must not treat his appointees as though he were.”

“The push to fold California into a Western grid risks opening it up to imports of dirty coal power from Warren Buffett’s PacifiCorp, which owns more coal-fired power plants than any other US company, and also subjects California to the same possible swindle of consumers and the environment as we had during the California electricity crisis caused by a thoroughly discredited experiment in deregulation at the turn of the century,” the letter said. “A regional grid puts the system into the regulatory hands of the Federal Energy Regulatory Commission, taking away the state’s ability to control its own energy destiny.”

The letter concluded: “It is vital that any commissioner appointed to the PUC bring a strong record of acting in the public interest, and not of acting on behalf of the industry, be it oil and gas producers, or investor-owned utilities pushing fossil fuels at the expense of ratepayers and the public health. Cliff Rechtschaffen has no such demonstrated record. For all the above-explained reasons, we urge you not to confirm Rechtschaffen to the PUC.”