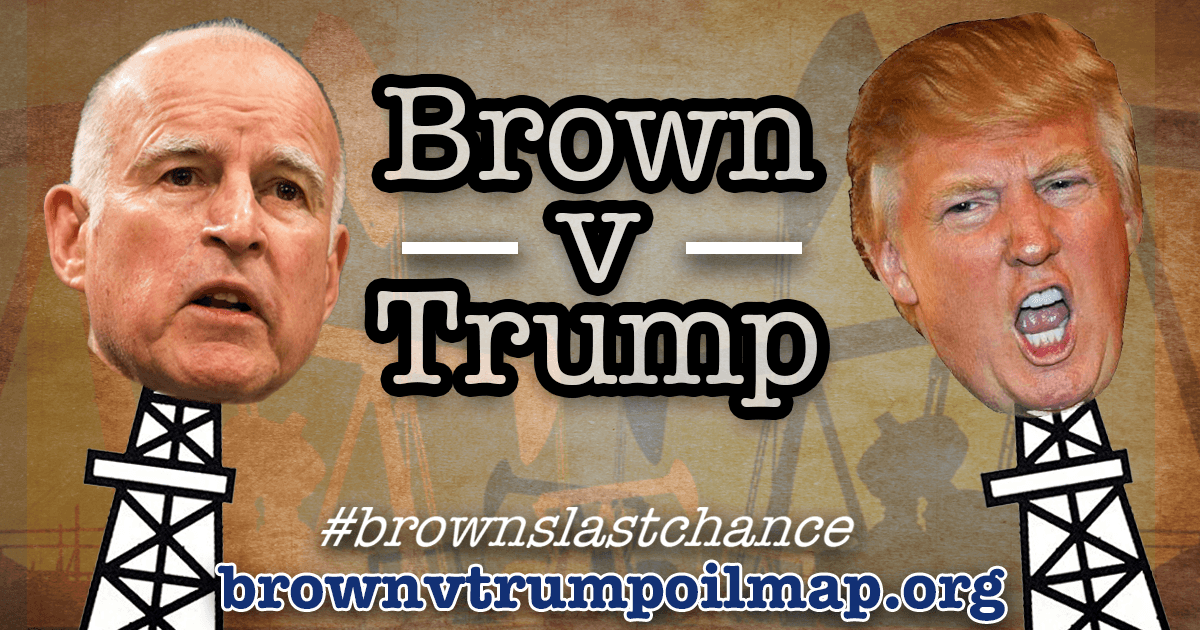 Offshore wells overseen by the Brown Administration total 5,460 versus 1,429 federal offshore wells, which are three nautical miles or more off California’s coast.

Consumer Watchdog’s site allows you to click on thousands of head shots of Brown or Trump over oil derricks and see the latitude and longitude of the respective state or federal well and which oil company owns it.  The data was provided by FracTracker Alliance.

“Governor Brown has four times more oil derricks in his hands than President Trump does.  Jerry Brown could end offshore drilling in California tomorrow with an executive order, but he has been all talk and no walk on protecting our coast from oil drilling.”

Earlier this year, Jerry Brown, together with governors of Oregon and Washington State, called Trump’s plans to open new leases “reckless” and “shortsighted.” According to Brown, the Trump administration has “chosen to ignore the science that tells us our climate is changing and we must reduce our dependence on fossil fuels.”

800 public interest groups, including Consumer Watchdog and FracTracker, have come together in the Brown’s Last Chance Campaign to call on Brown to freeze oil drilling in California before he takes the stage at the Global Climate Action Summit in San Francisco in September.  Read their letter to Brown and about the campaign at www.brownslastchance.org

Though California has banned new offshore leases since 1984, it has allowed the expansion of oil drilling in existing leases.  As Governor, Brown has the power to close down all existing leases and wells through executive action.