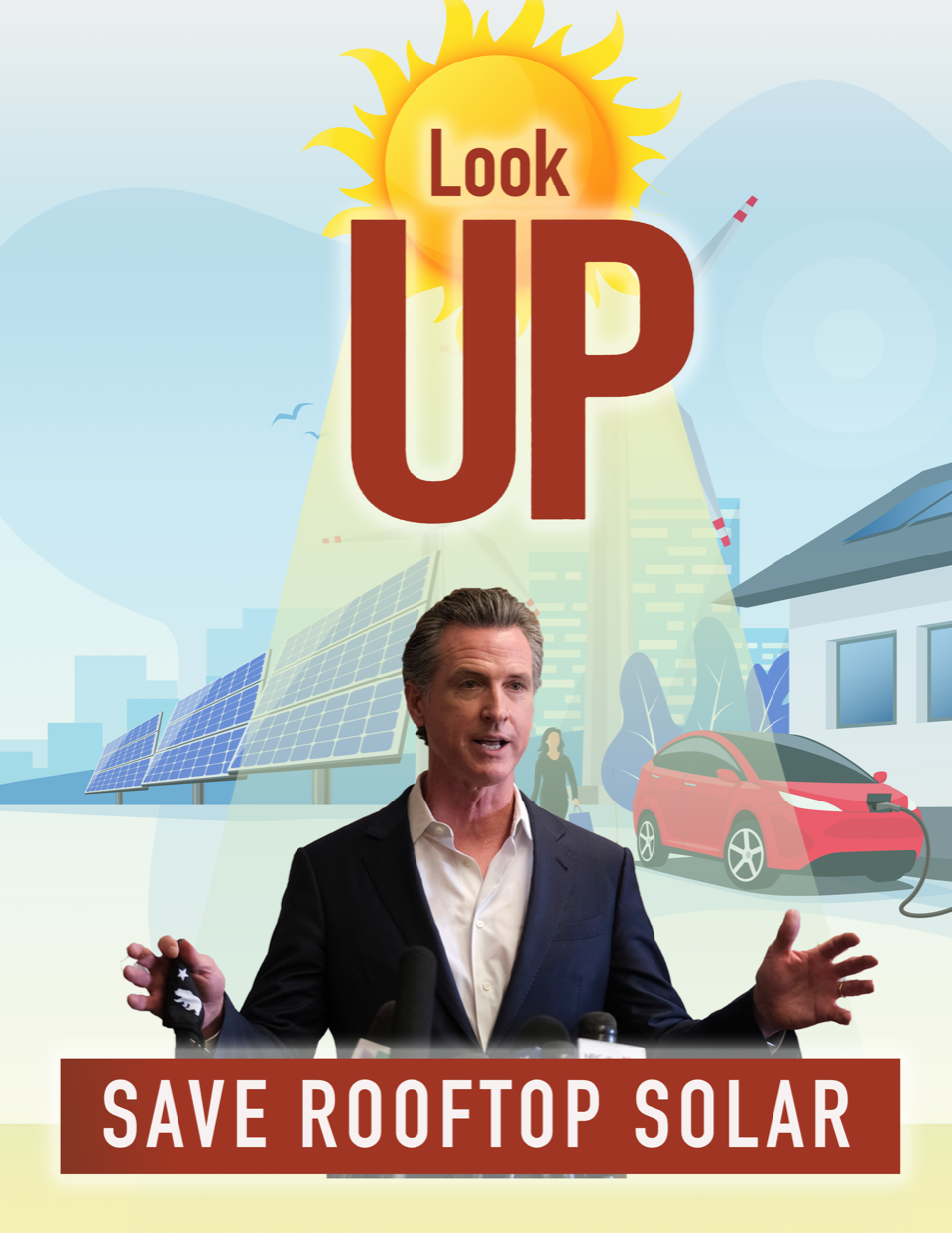 Los Angeles, CA — Consumer Watchdog said today that Governor Newsom firmly reject most of a proposed net metering decision before the California Public Utilities Commission (CPUC) if he wants to claim the mantle of a climate leader.

“Look up,” the group wrote in a letter to Newsom.  “Rooftop solar and battery storage today is the most progressive way forward to help the working and middle class afford energy, decrease wear and tear on the existing, centralized grid, ensure the growth of renewable energy, and provide energy security.

“You pride yourself on being a governor of “firsts.”  If you do not reject major components of the CPUC’s proposed net metering decision (proceeding R.20-08-020), you will make California last in terms of solar incentives —and worse, set a precedent for other states to stop the expansion of rooftop solar in its tracks.  You must ensure that the decision leads to expansion of rooftop solar and becomes more affordable, not less, for working class and middle-class people.

The letter urges Newsom to:

• Reject a monthly solar penalty fee. No one should ever have to pay a solar tax to install rooftop solar.  Bad behavior should be taxed, not good behavior.

• Keep the amount of money paid to consumers for their excess power high enough to serve as an incentive for most working class and middleclass people to make the investment in rooftop solar.

• Honor the commitment that the state has already made to existing solar consumers by protecting them from changes to the net metering rules for the 20 years they were promised, and not just for 15 years.

Consumer Watchdog urged Newsom to reject the arguments made by major investor-owned utilities that rooftop solar will leave those using the grid with higher bills.

“The alleged ‘cost shift’ claimed by major investor-owned utilities and the CPUC is a red herring,” the letter said.  “The argument is designed to divide people and deflect attention away from the real drivers of utility bills—long distance power lines, utility profits, and poor oversight by your CPUC. In fact, rooftop solar and batteries reduce the cost of the electrical grid to the benefit of all ratepayers, give all consumers a shot at controlling their energy bills, and ensure that the lights stay on during utility blackouts.

“Since California is not only the most populous state in the country, but its decisions serve as a precedent for the rest of the nation, we urge you to lead California to be first, not last, on rooftop solar and battery storage.  Look up, Governor, and save rooftop solar.”