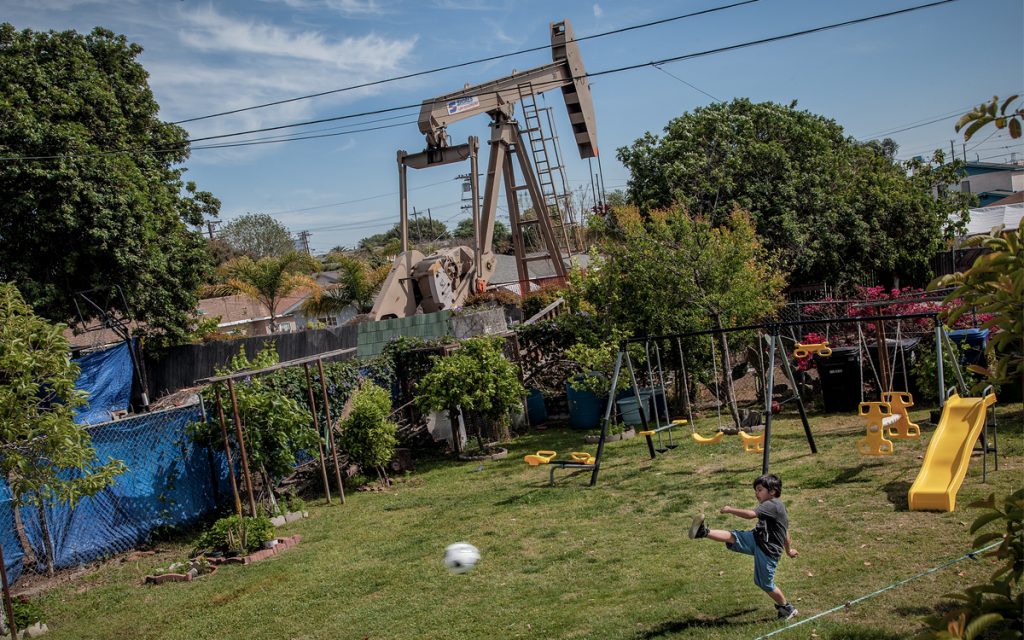 Los Angeles, CA -- Consumer Watchdog today called Governor Newsom’s draft rule creating a first-of-its-kind 3200-foot setback between oil wells and communities a “historic moment for California and the nation, but one that needs to followed with immediate denial of oil and gas permits as part of a full phase out plan for drilling in this state no later than 2030.”

“California’s oil boom went bust a long time ago and the oil that is left is dirty crude oil that is energy-intensive to refine,” said Jamie Court, president of Consumer Watchdog. ‘’Oil refineries that make our gasoline in California run on a majority of crude oil from OPEC and South America that is lighter and less energy intensive to refine. It’s a no brainer to stop oil companies from drilling that poisons communities. Next, we need a plan to stop all existing drilling in the state and plug those wells. The fact that offshore drilling permits are still being renewed by the state of California after the recent Orange County oil spill is a sign that much more needs to be done to protect the public and our land. Governor Newsom took a big historic step today, but he now needs to follow Los Angeles County’s lead in phasing out all oil drilling in a reasonable time.”

“Newsom’s proposed setback is tougher than anywhere else in the nation and we commend him,” said consumer advocate Liza Tucker. “This sets a precedent for the nation and blows past the 2,000-foot setback Colorado put in place. We need to make sure the rule is airtight and does not allow oil companies to continue to rework wells in frontline communities. The rule does not ban permits to rework--meaning essentially re-drill--- wells near communities and that process is dangerous. That means more community exposure to dangerous emissions that come with drilling.”

The proposed setback rule comes 294 days after it was first supposed to be announced.

As of October 1, 2021, there have been a total of 150 reported permits issued for offshore wells since January 1, 2019. Five of these permits were for new drilling and the remaining 145 for reworks (including sidetracks and deepening operations).  Half of the total were issued for idle wells that should be plugged and properly abandoned to reduce the risk of blowouts, leaks, and other accidents.  Over the first three quarters of 2021 there have been 17 offshore permits issued.

View the well permits on a California map approved by Newsom, including video of leaking well emissions, at www.NewsomWellWatch.org

Cost to Californians $10 Trillion by 2045 From Oil And Gas, Consumer Watchdog Reveals in New Report
END_OF_DOCUMENT_TOKEN_TO_BE_REPLACED