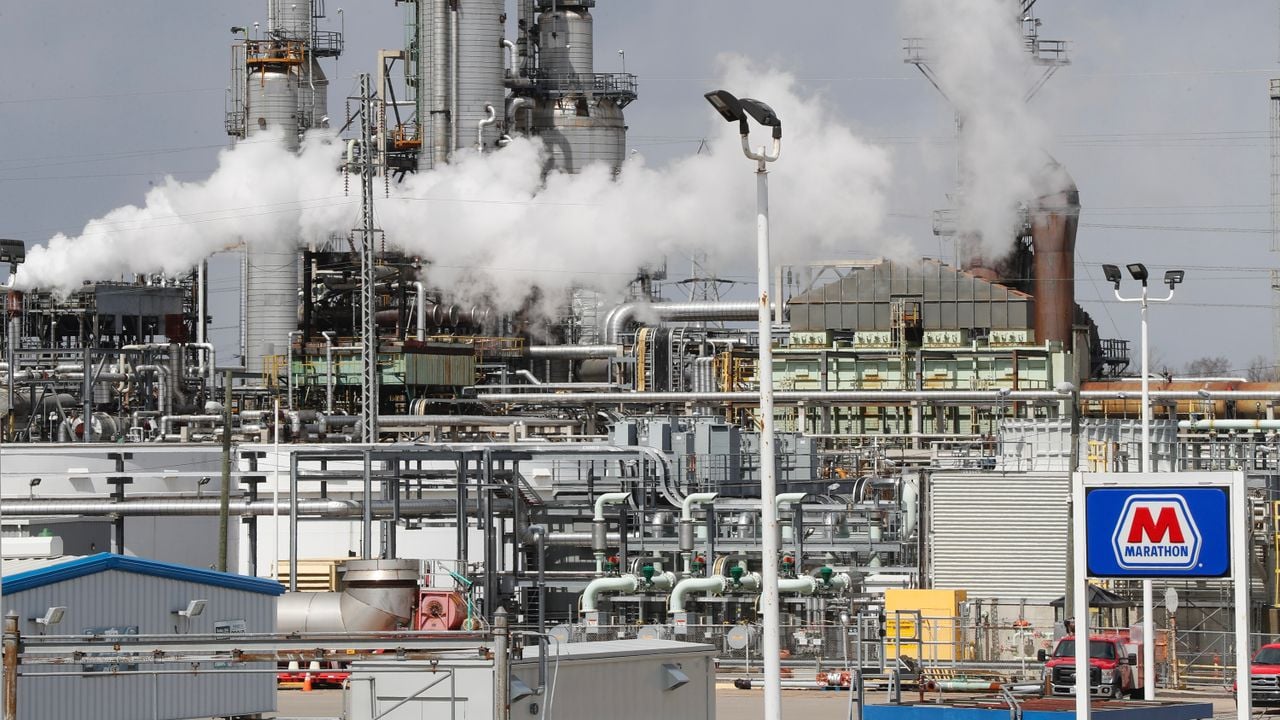 Los Angeles, CA--With California’s five big oil refiner third quarter profits reports complete, a Consumer Watchdog review shows that four of the five together posted 30% higher profits per gallon from gasoline sold on the West Coast than anywhere else in the nation or world. Chevron does not report profits per gallon on a quarterly basis but will have to monthly under a new transparency law that kicks in in January.

The four big oil refiners who reported their West Coast profits -- Marathon, PBF, Valero and Phillips 66 – together posted an average 73 cents per gallon profit in the 3rd quarter in the West. California oil refiners have only exceeded the 50 cent per gallon mark three times in the last twenty years. Capping windfall profits at 50 cents, the four refiners would owe Californians a rebate of $1.8 billion for their windfall profits this year, according to Consumer Watchdog’s calculation.

“These profit reports show exactly why Californians need a windfall profits cap,” said Consumer Watchdog President Jamie Court. “Oil refiners are taking advantage of Californians by making 30% more profit in the Golden State. The proof of the Golden State Gouge is in the profit reports and it’s time for the legislature to answer Governor Newsom’s call for a price gouging rebate.”

Marathon Petroleum, the last of the five big California refiners to report quarterly earnings, posted net profits of $4.5 billion, more than six times the profit of $694 million for the same quarter a year ago.  Marathon made 85 cents per gallon in profits at West Coast pumps in the third quarter, the highest among its three regions. Marathon made $257 million in windfall profits for the quarter.

“That money should go back to drivers in a rebate,” said Consumer Advocate Liza Tucker.

SB 1322 (Allen), backed by Consumer Watchdog, will require oil refiners to post their profits per gallon from refining monthly beginning in January. This will give California the basis to monitor for price gouging in real time and, if a price gouging rebate is enacted, to give the excess profits back to drivers. Governor Newsom has called a special legislative session in December to consider a windfall profits cap and price gouging rebate for California consumers.

Over time, refineries in California have shut down refineries and started converting others to making renewable diesel and other fuels.

Marathon is completing the conversion of its Martinez refinery (now idle) to produce 730 million gallons of renewable fuel per year by the end of 2023. That comes to two million gallons a day. According to the California Energy Commission, the facility has a refining capacity of 166,000 barrels of crude per day. At 42 gallons in a barrel that converts to a capacity of nearly 7 million gallons of gasoline a day that could have been produced.

“That will restrict the market and help drive gas prices at the pump up,” said Tucker. “It is the same story with Phillips 66. They are converting their Rodeo refinery to produce 800 million gallons a year of renewable diesel, renewable gasoline, and sustainable jet fuel beginning in 2024.” With a capacity of 78,400 barrels per day, the refinery could have produced 3.3 million gallons of fuel a day that will be lost to the market.