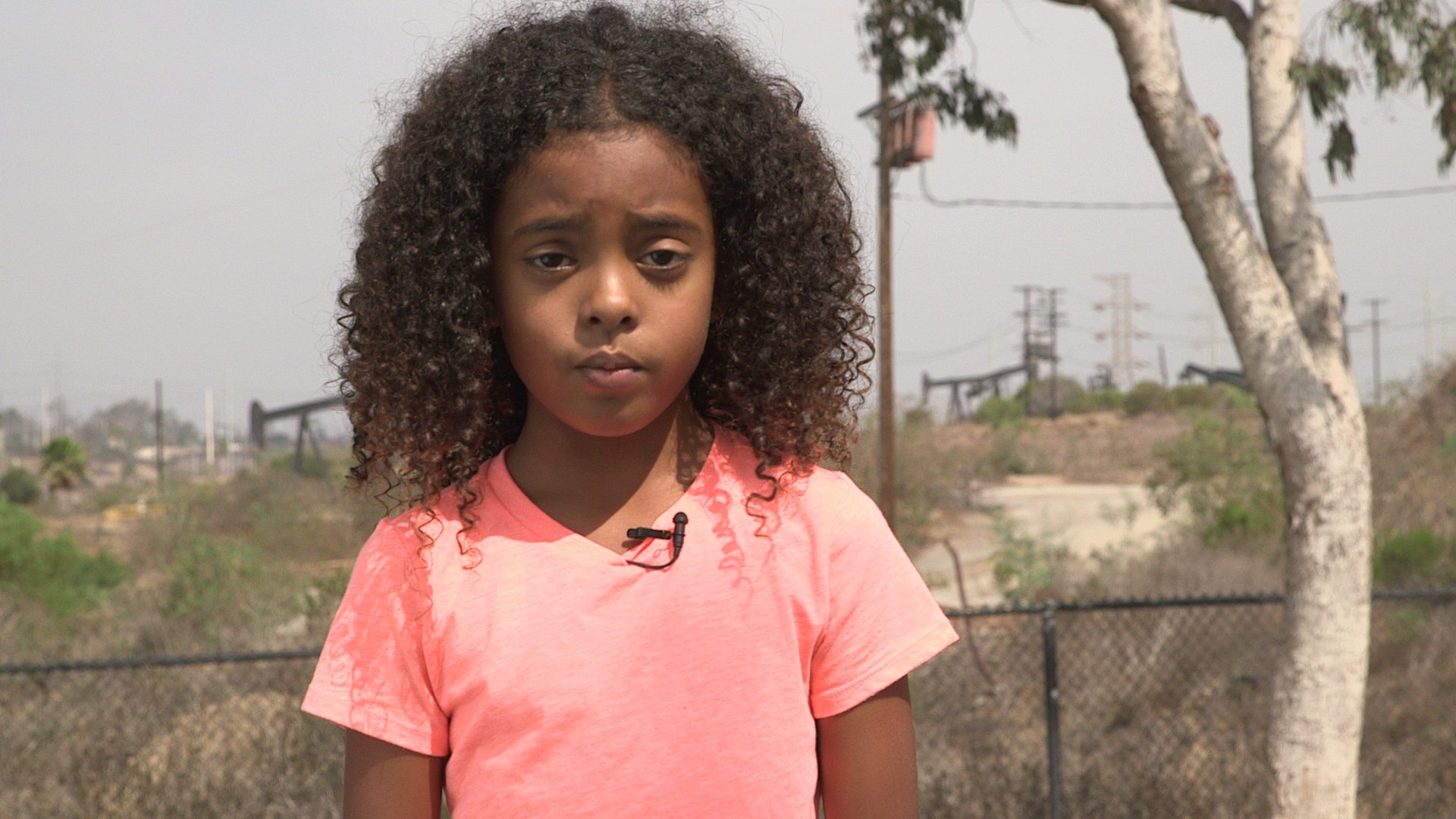 Adults have gotten nowhere calling on Jerry Brown to limit oil drilling within a couple thousand feet of homes and schools.

This 30 second TV ad features a nine-year-old trying to get through to California’s 80-year old governor with some very strong words.

The spot will debut in San Francisco next week during Brown’s Global Climate Action Summit where climate change delegates from across the world will gather.

You can show up at the protest (more below) or send Governor Brown a message on Twitter @jerrybrowngov or at 916-445-2864. You can also contribute to the ad's advertising budget here.

This 9-year-old girl reminds the Governor and world leaders that families living near oil wells report a broad range of health problems, from asthma to premature births.

Brown has been remarkably indifferent to such suffering that is concentrated in low income communities and among people of color.

The world needs to know that while Governor Brown has talked out against climate change he has permitted 20,000 oil wells.

Brown, who has no children of his own, can use his executive power tomorrow to limit oil wells within 2500 feet of schools and homes. But he has repeatedly refused the pleas of families and communities.

800 public interest groups wrote the Governor in the Spring to ask him to curb fossil fuel drilling, but he has done nothing.

Governor Brown is expected to sign legislation next week creating a 100% renewable standard for California by 2045, but such an ivory tower approach will not help children who live near oil wells. Brown must sign an executive order.

Please support this ad with a contribution of $50 or more.  It will send a big message!

**We know this is early, but we want to be sure our action is noticed before the event begins, so please do your best to join us at this time!