Governor Confronted Over His Own Words To Address Patient Safety 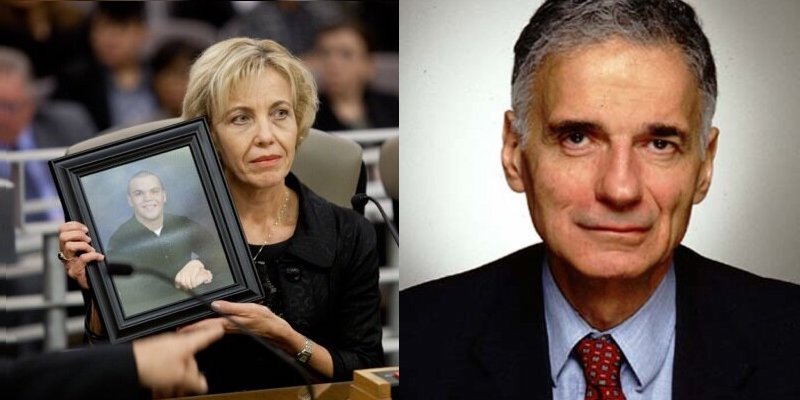 SAN JOSE, CA -- With the state of the state speech tomorrow, the parents of a child killed by a doctor who got off with only a public reprimand and consumer advocate Ralph Nader separately wrote Governor Jerry Brown to ask him to deal with California’s patient safety crisis.

They both reminded Brown of words he personally spoke to them, in one case condemning the state law on malpractice Brown himself signed 43 years ago and, in the other, offering to stay involved in the family's struggle.

Tammy Smick, whose twenty-year-old son Alex was overdosed by a doctor facing charges that could have led to the loss of his license, until the state medical board lessened the penalty, wrote Brown about how she confronted the board Friday about its failure to adequately discipline the physician.

After waiting four years for action from the board, Smick received an email days before Christmas with news of only a public reprimand that she said hit like a knife in the heart. She shared her testimony and that of her husband Tim at Friday’s medical board meeting in the letter to Brown, explaining the board members expressed sympathy but said their hands were tied.

“They had no answers, others than 'red tape' and 'bureaucracy' had stopped them from protecting the public,” Smick wrote. “Forty-three years ago, you created this problem when you signed the Medical Injury Compensation Reform Act of 1975, which strictly limits legal remedies for injured patients, unjustly locking too many out of the courts, and entrusting doctor discipline to the Medical Board. That agency is failing miserably in their mission to protect the public.

“We ask you to consider our family’s story, one similar to thousands of others across our state, and we implore you to make changing doctor discipline and injured patients’ rights a priority before you leave office. You have ignored this issue far too long, and families like ours have paid the price. As fellow Democrats, we believe in ‘justice for all’, and you have the opportunity, Governor, to adjust this discriminatory cap and allow fair access to justice for all victims of medical negligence.”

“Governor, no parent should be denied access to justice because of MICRA [the Medical Injury Compensation Reform Act of 1975], and no parent should have to watch the doctor accused in their child’s death go unpunished because of an inept Medical Board. You have the power to change this injustice. The time is now. Do not let Californians look back on your governorship and remember that you did nothing to stop the discriminatory law called MICRA.”

View the Smicks' powerful testimony Friday before the state medical board here.

Tammy Smick reminded Brown they had met before in 2014 and he asked her to follow up about her case with him. He did not answer her letter more than three years ago, but she hoped now that her case had been resolved that he would.

Last month, just before Smick learned about the medical board’s decision, consumer advocate Ralph Nader separately wrote Brown asking him to tackle the MICRA issue.  Nader reminded Brown that he had expressed remorse to him when running for president in 1993 about signing the MICRA law and the impact it had on patients in the state.

Nader quotes Brown as stating in June 1993, "MICRA has revealed itself to have an arbitrary and cruel effect upon the victims of malpractice. It has not lowered health care costs, only enriched insurers and placed negligent or incompetent physicians outside the reach of judicial accountability. For these reasons, MICRA cannot and should not be a model for national legislation."

"It's rare that an elected leader is granted an opportunity to correct a legislative error as devastating as California's arbitrary cap on the amount of compensation a doctor or hospital must pay when they injure or kill a patient," said Nader, "With the benefit of hindsight, we know now that the 'California malpractice insurance crisis' of 1974-1975 was a hoax orchestrated by the insurance companies to cover up their greed and mismanagement,"

Nader went on to cite the Governor's own words on the damage that MICRA has done and called on Brown to reform the decades old law, "As your decades of public service come to a close, it is time to right the enduring wrong of MICRA.  This is not a call to your legacy, which you have rightly dismissed as immaterial, but to your conscience."