“States that enacted new limits on patients’ legal rights in medical malpractice cases (caps on damages plus other traditional tort reforms) saw an average 22.7 percent decrease in pure premiums from 2002 to the present – but states that did nothing saw a larger average drop of 29.5 percent.”

“States that enacted or lowered caps on non-economic damages saw an average 21.8 percent decrease in pure premiums over the period – but the states that did not saw an even greater average drop of 28.9 percent.”

Rate regulation, not limits on patient compensation, reduced and then stabilized rates in CA.

This graph (published in the Sacramento Bee) compares what happened to malpractice insurance premiums after California's damage cap law, passed in 1975, and after the passage of insurance reform Proposition 103 in 1988. 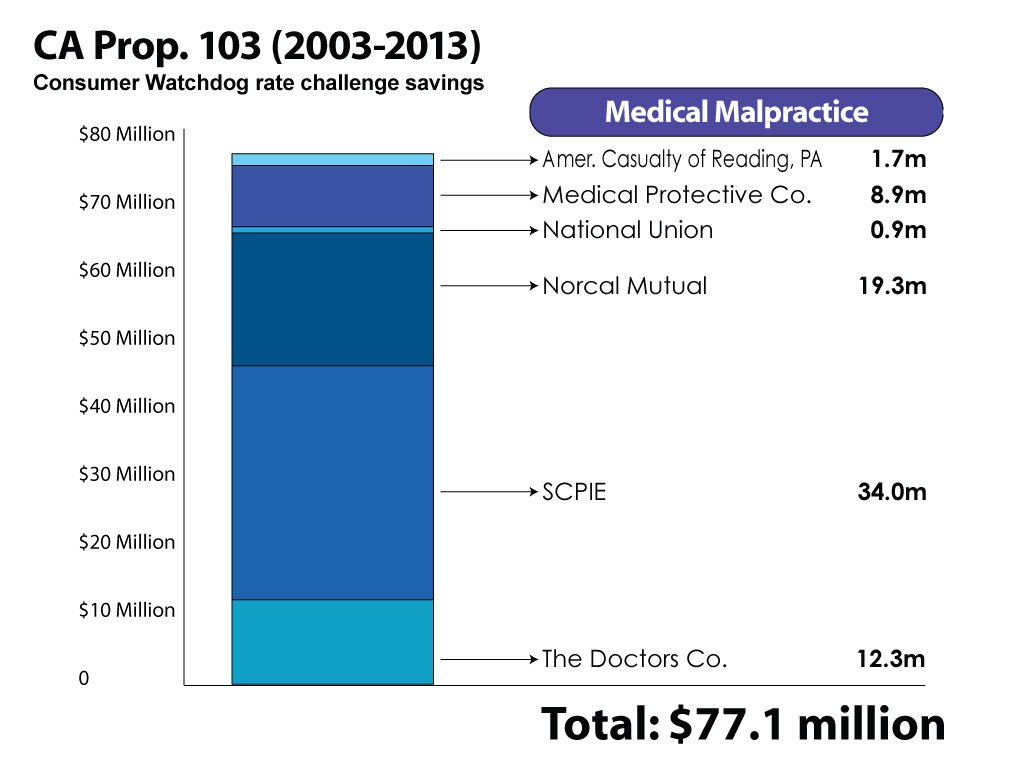 Malpractice insurers are raking in the profits in California.

This means that malpractice insurers had an average 62.6 cents of each premium dollar, plus all investment income, left over for expenses, defense, and profit.

Even after defense costs are added to losses, California’s largest medical malpractice insurance companies spent an average of just 66.7 cents per premium dollar.