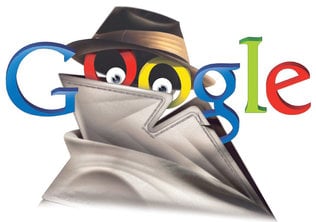 SANTA MONICA, CA – The $7 million deal announced today ending a multi-state investigation of the Google Wi-Spy scandal does virtually nothing to thwart the Internet giant’s repeated privacy violations, Consumer Watchdog said.  The public interest group said Google should pay an amount that would affect its profits.

In addition to the $7 million to be divided among the 38 states and the District of Columbia that were involved in the investigation, the settlement deal provides that Google will create an educational campaign that features a YouTube video to teach consumers about protecting privacy on Wi-Fi networks.

“Asking Google to educate consumers about privacy is like asking the fox to teach the chickens how to ensure the security of their coop,” said John M. Simpson, Consumer Watchdog’s Privacy Project director. “The educational video will also drive consumers to the YouTube platform, where Google will just gather more data about them for its digital dossiers."

Read the settlement with the state attorneys general here: http://www.ct.gov/ag/lib/ag/press_releases/2013/20130312_google_avc.pdf

Google has become a serial privacy violator, Consumer Watchdog said.  In the Wi-Spy case the company sucked up data including such things emails, passwords, and bank account numbers as its Street View cars photographed streets around the world.  Before that the company exposed personal information of it users when it launched its unsuccessful “Buzz” social network.  That privacy breach prompted a consent agreement with the Federal Trade Commission.  No sooner was the ink dry on the settlement, than Google violated it by hacking around the privacy settings on the Safari browser used on iPads, iPhones and other Apple devices.

“This settlement does nothing too stop Google as a serial privacy violator.  The company now has a long history of violating users' privacy, lying about it, apologizing, promising not to do it again, sometimes making a token penalty payment and then moving on to the next violation,” said Simpson. “The $7 million penalty is pocket change for Google; it's clear the Internet giant sees fines like this as just the cost of doing business and not a very big cost at that.”

Cost to Californians $10 Trillion by 2045 From Oil And Gas, Consumer Watchdog Reveals in New Report
END_OF_DOCUMENT_TOKEN_TO_BE_REPLACED