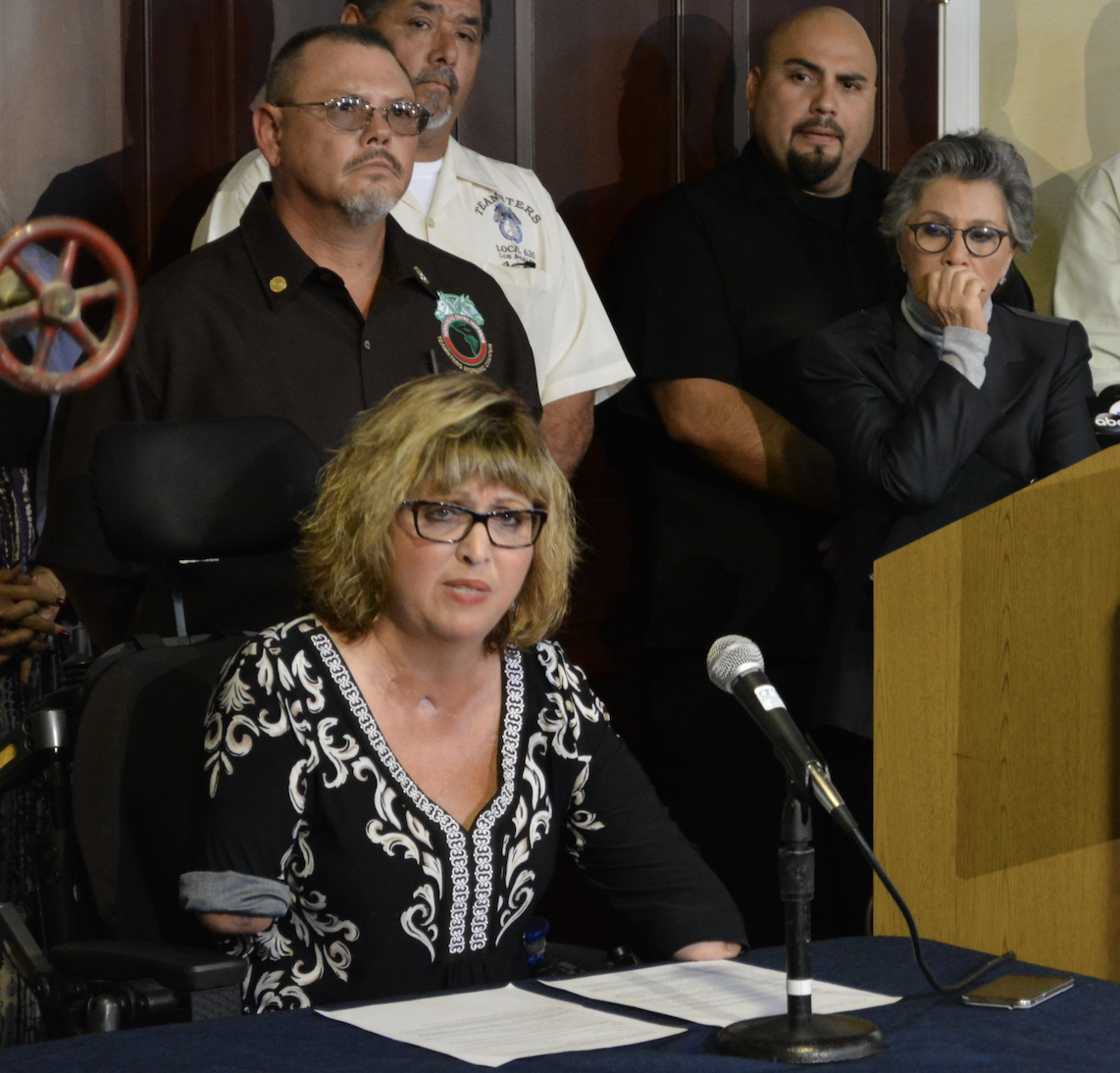 Medical negligence is the third leading cause of death in the US, killing 200,000 to 400,000 people every year and injuring millions more.  Black, Hispanic and Indigenous patients experience more preventable medical errors and suffer worse health outcomes because they are more likely to be uninsured, underinsured and receive lower quality healthcare.

Instead of enacting new laws to protect patients, hospitals, providers and their insurance companies spend millions of dollars lobbying Congress and state legislatures to stop us from holding them accountable. They impose caps on compensation for victims of medical negligence that close the courtroom door and ensure injured patients never get justice. We know that greedy insurance companies, not injured patients seeking justice, are to blame for driving up the cost of health care.

Consumer Watchdog fights to make health care safer and to restore the rights of patients to take negligent doctors and hospitals to court.

Read the stories of families harmed by medical negligence and malpractice compensation caps.

California’s malpractice compensation cap is the most regressive in the country.

State without caps have more doctors than states with caps

How Insurance Reform Lowered Doctors’ Medical Malpractice Rates In California: And How Malpractice Caps Failed
In this groundbreaking report, Consumer Watchdog shows the success of insurance regulation and dispels the myth that California's malpractice cap is responsible for reducing insurance premiums, and therefore health care costs, in the state.

And the 2013 report update: RATE REGULATION: The Rx for Medical Malpractice Insurance Rates

False Accounting: How Medical Malpractice Insurance Companies Inflate Losses to Justify Sudden Surges in Rates and Tort Reform
A Consumer Watchdog study reviewed medical malpractice insurance companies' books and found the insurers consistently inflated the amount they estimated they would pay out in claims. The companies used the overstated figures to justify enormous increases in doctors' premiums and pressure legislators to enact restrictions on patients’ legal rights. Read the press release about the report.

Consumer Watchdog has provided testimony before the U.S. Congress, as well as state lawmakers in Texas, Florida, Oklahoma, Connecticut, Washington and Oregon, regarding the success of insurance reform in California and the failure of malpractice caps to lower doctors’ insurance premiums.

Troy, 10, and 7-year-old Alana Pack, were killed on a street near their Bay Area home a decade ago by a doctor-shopping prescription drug abuser stoned on Vicodin and vodka. Since then, their Dad, Bob Pack, has been battling to enact changes in state law and medical practices to ensure such a tragedy will never happen again.

In 2014, Proposition 46 was the most expensive ballot measure campaign in California. The malpractice insurance industry, physician lobby and Kaiser industry spent $58 million dollars on a negative ad campaign to defeat it. However, over the course of the campaign, every major newspaper in California endorsed the need to adjust the cap. In 2016, the legislature passed the second element of Prop 46, requiring doctors to check the state prescription drug database before prescribing opioids. That law took effect in October of 2018. 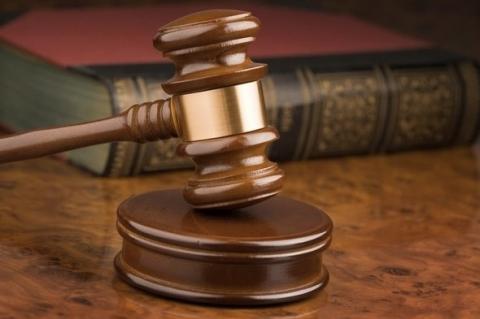 Sacramento, CA – Today’s CBS This Morning special investigation makes a damning case for reform of physician oversight and legal accountability in California.  The segment documents how the influence of the doctors’ lobby on lawmakers and on the Medical Board of California allows bad doctors to continue practicing and causing patient harm. As whistleblower member of the Medical Board, TJ Watkins, told CBS: “No question that it costs patient lives.” 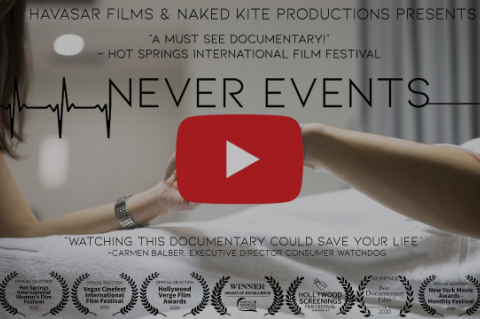 Los Angeles, CA – The must-see documentary “Never Events,” that follows the journey of multiple families who fought for change after suffering lifelong harm or loss due to medical negligence, debuts this week on Amazon, Apple TV and other streaming services. The documentary exposes the trauma caused by medical negligence, the third leading cause of death in America, and California’s cap on compensation for patients who are harmed that prevents them from getting justice or accountability for their loss.

WOMEN OF COLOR are disproportionately harmed by California’s outdated limits on compensation for patients injured by medical negligence. Systemic inequities in our health care system mean women of color receive lower quality health care and contend with worse health outcomes. Then the cap deprives them of justice when they seek answers and accountability. 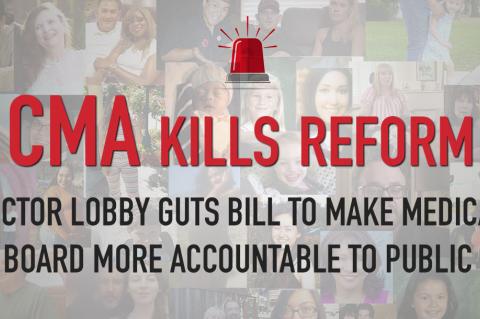 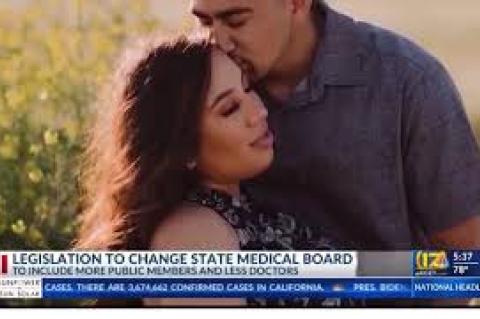 The Dominguez family helps push the effort to reform the California State Medical Board. 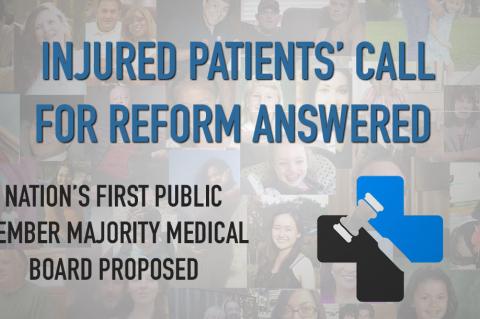 Sacramento, CA – California lawmakers have moved legislation to the Senate Floor to make California the first state in the nation whose Medical Board has a majority of public, not doctor, members. The bill follows months of calls for increased public representation from families harmed by medical negligence who have been denied answers and accountability by both the Medical Board and the state’s 46-year-old cap on compensation for injured patients. 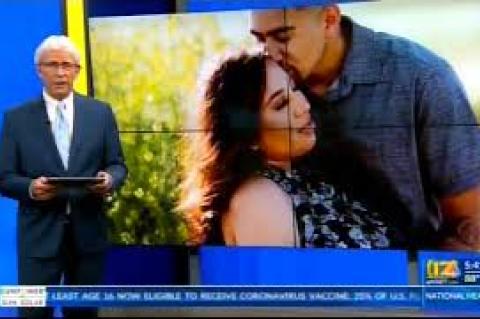 Demi Dominguez was determined to have died from pre-eclampsia, also leading to her newborn son’s death. The Attorney General’s office has since filed an accusation of negligence against Dr. Arther M. Park. Non-profit consumer advocacy group Consumer Watchdog says a decision on Park is as soon as next week.