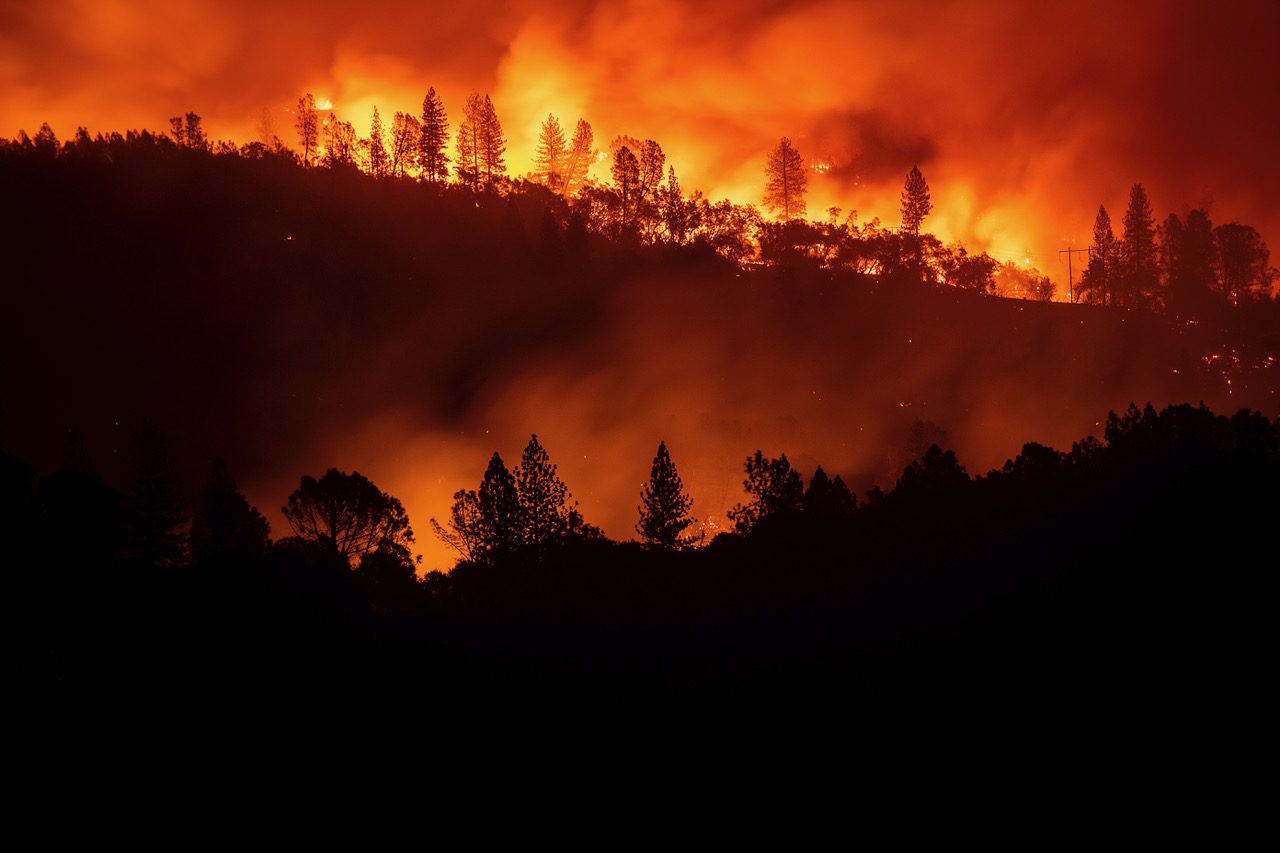 The November 2018 wildfires alone, including the Camp and Woolsey fires, have caused more than $11.4 billion in insured losses, according to the California Department of Insurance. The disclosures sought by the petition would cover the more than 1,300 insurance companies that do business in California, the largest insurance market in the nation.

“By insuring the fossil fuel projects responsible for the increased intensity of wildfires, mudslides and flooding, insurance companies fuel the very disasters they are insuring homeowners against. It’s outrageous that survivors of wildfires and other disasters have to fight with their insurance companies for coverage while insurers are paying out billions to the fossil fuel companies responsible,” said Carmen Balber, executive director of Consumer Watchdog, a signatory of the petition.

The petition states: “To ensure the solvency of the insurance industry and protect consumers in California, we request that you immediately initiate a rulemaking proceeding and promulgate emergency regulations to require all insurance companies licensed to conduct business in California to fully disclose: (1) all their investments in fossil fuel-related entities, and (2) all the fossil fuel-related companies and projects that they underwrite or otherwise insure.”

"Insurance companies are supposed to be the last line of defense against calamitous weather events like hurricanes and fires. But by continuing to invest in fossil fuel companies and underwriting their operations the U.S. insurance industry appears to just blithely continue to throw fuel on the source of the problem. Unless they start taking decisive actions to ditch coal, oil and gas -- as many of Europe’s largest insurers and reinsurers have done -- U.S. insurers risk being flooded by increasing claims, litigation and public indignation,” said Annie Leonard, Executive Director, of Greenpeace, one of the petitioning organizations.

California would be the first state in the nation to mandate disclosure of insurance companies’ fossil fuel underwriting to measure its impact on the substantial fiscal and physical damages consumers and insurers face due to climate change.

"As the climate crisis calls for phasing out the use of fossil fuels, we need to shine a bright light on those companies underwriting projects that will create more pollution and destruction. Faced with the threat of more oil pipelines and 700 new oil wells in Santa Barbara County, the public needs to know which companies could underwrite these dangerous projects,” Ana Rosa Rizo-Centino, Senior Organizer for Food & Water Watch.

The California Department of Insurance has been a leader in efforts to acknowledge the risks of climate change to consumers and the insurance industry, but has not required insurance companies to disclose fossil fuel underwriting or divest from fossil fuel industries.

A new coalition of public interest groups, Insure Our Future, has called on America’s insurance companies to follow their European cousins and divest from fossil fuel companies, and to make plans to stop underwriting extreme fossil fuel projects. www.insureourfuture.us

The burst pipeline at Refugio State Beach in 2015 resulted in the release of at least 123,000 gallons of crude oil along the Santa Barbara County coastline and into the Pacific Ocean. In 2018 the owner, Plains All American Pipeline, reported that its costs from the spill, including cleanup and remediation, will reach $355 million. All American’s insurance companies are undisclosed, but have already paid $187 million of the $240 million insurers will ultimately owe. The names of the company’s insurers are undisclosed.

The Insurance Commissioner has 30 days to respond to the groups’ petition.

The public interest organizations signing the petition include:

Communities for a Better Environment (CBE)

Friends of the Earth U.S.

Greenaction for Health and Environmental Justice

Movement for a People’s Party

Californians Against Fracking and Dangerous Drilling

No Coal in Oakland

No Coal in Richmond

View the slides shown at the press conference: https://www.consumerwatchdog.org/sites/default/files/2019-03/Divestment-Slideshow_0.pdf