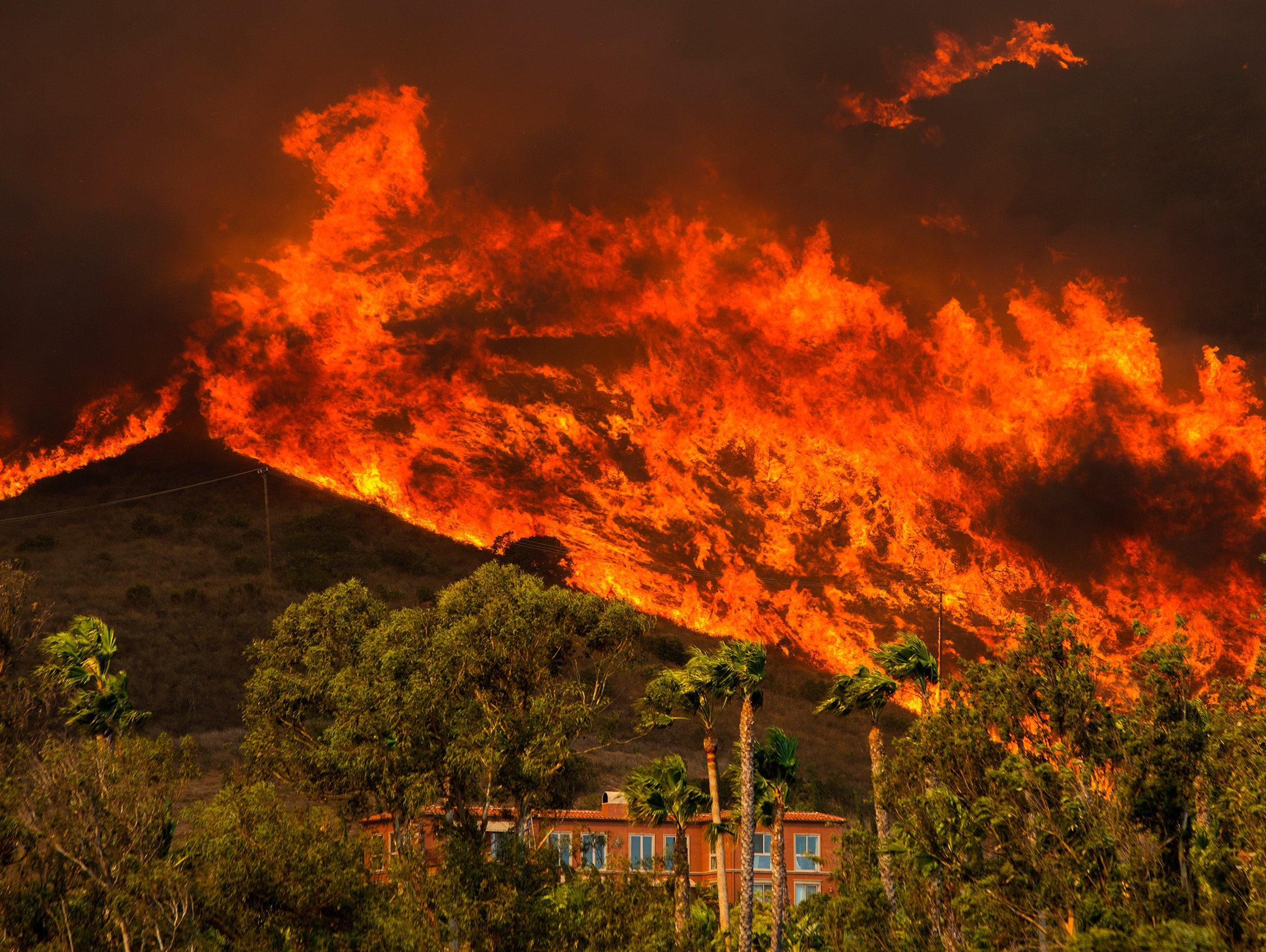 Los Angeles, CA – A regulation proposed by California Insurance Commissioner Ricardo Lara to stop insurance companies from overcharging homeowners who reduce their risk of loss from wildfires must also apply to insurance companies’ decisions about which properties they will insure, consumer groups will testify at a public hearing in Oakland today.

Under current practices homeowners can spend thousands of dollars on wildfire mitigation, reducing their risk, but still lose their coverage or get no break from insurance companies on the premiums they have to pay.

Consumer Watchdog, Consumer Federation of America, and Consumer Federation of California will submit testimony in support of the Commissioner's proposed regulations to require insurance companies to reduce premiums for home and business owners who take steps to reduce the risk of wildfire losses on their properties. Such property-level mitigation efforts include modernizing roofing, vents, eaves, and windows with fire-resistant materials, and clearing brush and combustible objects around their properties. Further premium reductions would be required if the property is located in a community that has taken steps to reduce wildfire risk.

However, the groups urge the Commissioner to close a loophole in his proposal that would allow insurance companies to non-renew or refuse to sell policies rather than give people the required discount.

“We strongly support mandating premium discounts for homeowners who take steps to reduce their wildfire risk and requiring transparency in how companies use models and scores to determine that risk. However, it’s not enough to require premiums to reflect mitigation efforts. To effectively protect homeowners who are reducing fire risk, we continue to advocate that the regulation must be amended to apply to insurers’ decisions about whether to sell and renew coverage. Without these amendments, insurers will avoid giving premium discounts to property owners who undertake costly mitigation measures by nonrenewing them without accountability,” wrote the groups in comments also submitted today.

The advocates said California homeowners need these protections against insurance companies that have been overcharging or arbitrarily refusing to cover individual homes or whole neighborhoods, in violation of anti-discrimination provisions under insurance law Proposition 103.

In an opinion piece published yesterday in the Los Angeles Times, former Insurance Commissioner Steve Poizner revealed his homeowners insurance was nonrenewed without consideration of the tens of thousands of dollars he spent on insurer-recommended wildfire mediation. This is the loophole consumer groups seek to fix in the proposed regulation.

As Mr. Poizner urges: “The department should require insurers to base eligibility, renewal and non-renewal decisions on the actual risk presented by an individual home and the steps an owner takes to secure the home, and not on broad geographical areas that arbitrarily deprive hundreds of thousands of Californians of insurance.”

The groups also backed provisions of the proposed regulation to enforce voter-enacted Proposition 103’s transparency requirements by requiring insurance companies to publicly disclose information on how they use wildfire risk models and “scores” to determine premiums, and said those requirements must also apply to insurers’ decisions about which properties to deny coverage.

“Wildfires have long been an expected result of climate change. But the insurance companies’ response has been to arbitrarily raise rates and withdraw from neighborhoods throughout California, destabilizing our economy. Californians who invest in protecting their homes and their communities from the devastation of wildfires must be protected against price gouging and losing insurance coverage,” said Pamela Pressley, Senior Staff Attorney, on behalf of Consumer Watchdog.

“Requiring discounts for homeowner and community mitigation efforts that are proven to lower wildfire losses is necessary to ensure that premiums aren’t excessive or unfairly discriminatory. But Commissioner Lara must add protections needed to prevent insurance companies from denying or nonrenewing coverage to homeowners who invest in home-hardening measures. These measures are well within the Commissioner’s legal authority.”

"Consumers who do the right thing by hardening their home ought to be treated the right way by insurance companies. Right now that's not happening and it needs to change immediately in the strongest pro-consumer way possible," said Robert Herrell, Executive Director of the Consumer Federation of California.

Today’s hearing is the fourth in a series of public meetings that the Commissioner has convened since October 2020 to address soaring premiums, withdrawal of coverage from neighborhoods, and non-renewals in California’s homeowners insurance marketplace. But it is the first formal  rulemaking hearing held by the Commissioner to take public comment on the proposed regulations.

Insurance companies have falsely blamed Proposition 103 for their destabilizing actions, saying they need to be free of public oversight in denying and nonrenewing coverage and permitted to use secret models, algorithms and scores rather than open their books and justify their rates and underwriting decisions based on available data, as Proposition 103 requires.

The proposed regulations would adopt measures to stem these arbitrary practices by:

The consumer groups offered additional recommendations for improving the proposed regulations by: