Americans are waking up.  Reality sucks and we have a better way. 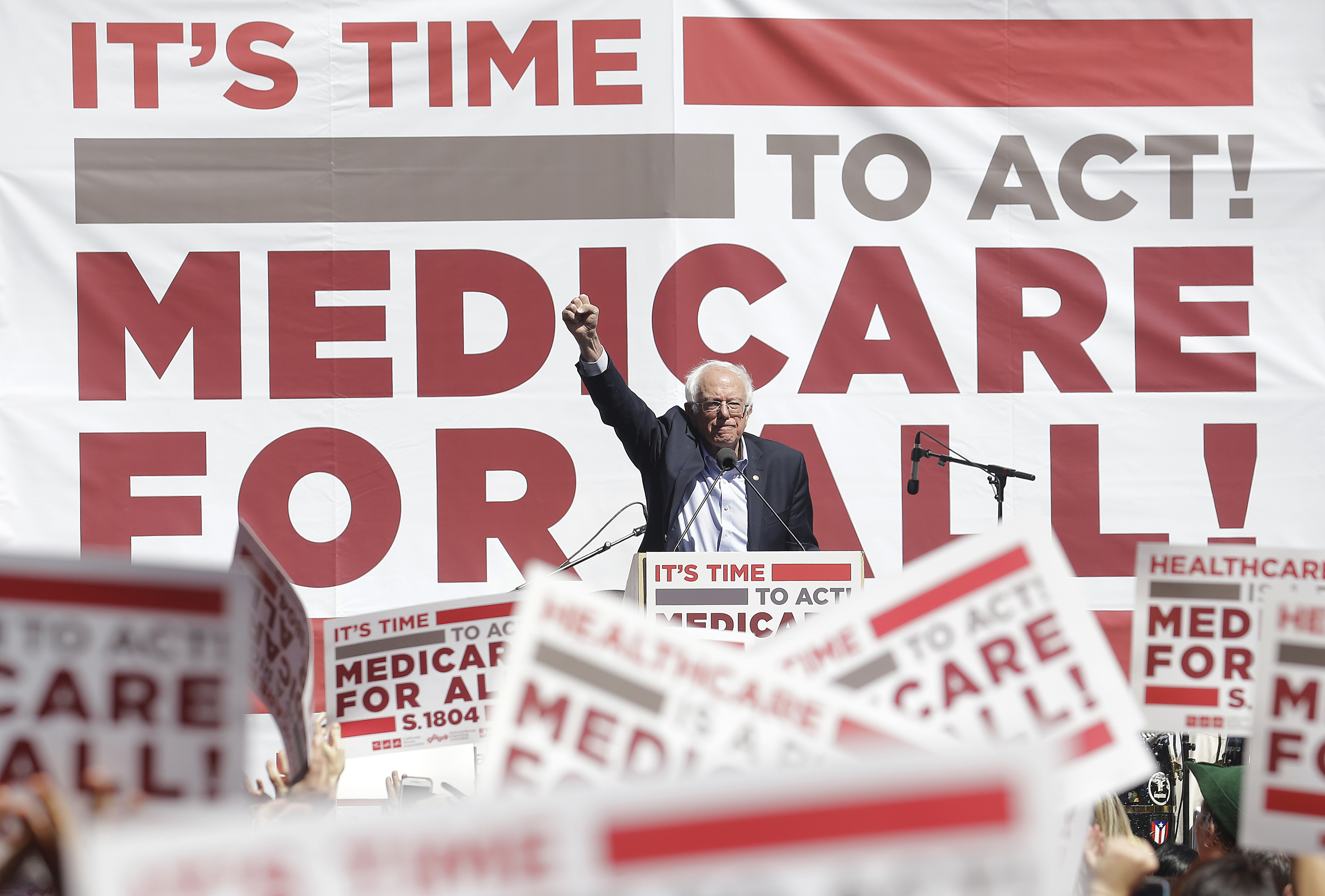 Sharing the midday, San Francisco sunlight with Bernie Sanders Friday, I had a rare feeling these days, that everything is going to be all right.  It felt just the way Bob Marley sang it.

Bernie thundered away from the stage in Yerba Buena park to the applause of a thousand nurses from the mighty California Nurses Association and thousands more San Franciscans on their lunch break. It’s hard not to feel good on a sunny day in Frisco surrounded by a sea of nurses standing a few feet from Bernie and Jane Sanders.

Last I saw Bernie and Jane, we had shared the stage at the Rage For Justice Awards in Beverly Hills in May. They accepted Consumer Watchdog’s Public Servants of the Year Award with inspiring talks before being serenaded late into the night by fellow honoree Jackson Browne.

The Rage is where Bernie came out for California legislation for Medicare For All, calling upon our legislature to send a message to the nation and world.  Single payer makes health care cheap and available by bypassing insurance companies and using the leverage of one state buyer to protect against price gouging.  The “single payer” bill by Senator Ricardo Lara, who was also at the Awards in May, made it through the state senate before falling victim months later to a recalcitrant Assembly Speaker and ubiquitous medical-insurance complex.

The idea, however, is becoming transcendent.   Not only is Medicare for All now font and center for 2018 California gubernatorial candidates. It’s becoming a litmus test nationally of progressives for their 2020 president pick. The legislative debate over Lara’s bill is to resume in California in January with number crunching the next order of business.

Bernie came to Frisco Friday to tout his newly-introduced national legislation, which felt particularly right because we had just learned that the Graham-Cassidy repeal of Obamacare had suffered a likely fatal blow. Senator John McCain opposed it and Bernie lauded him for.

On cable news over the weekend, Bernie had endured the slings and arrows of the Clinton crowd. They complained that he should be fighting the repeal rather than going to San Francisco to promote a real solution that has worked in every other similar nation in the world. How unrealistic of Bernie, the pundits punched.

The familiar refrain: single payer has little chance of passing, why fight for it?  The California Nurses Association convention Friday spoke exactly to that point. If we don’t fight for our dreams, we live with our nightmares.  If we don’t keep the flame of our rage for justice burning, darkness sets in.

Its’ been a dark day in America for too long. The light Bernie and the nurses bring is to remind us that what Hillary Clinton liked to call reality-based politics is only reality if we accept its injustice and indifference.

Dr. King, Nelson Mandela, Cesar Chavez, the Dali Lama, and Ghandi all taught us better. Bernie channels them. He reminds us in his authentic Brooklyn voice of the simple truths that are in all our heads and our hearts but not spoken today because of the fear of being politically unrealistic.

The truth is we need to get back to our dreams if we are to have less nightmares.

CNN commentator and author Van Jones, and Our Revolution prez Nina Turner took the stage Friday night at the California Nurses convention to testify with great oratory and soul to that same point. Their no-notes gospel talks lit the Marriot Marquis ballroom up with optimism and fuel for the fight.

Our Rage for Justice is burning brighter than it did in May. Republicans have accomplished almost nothing they set out to do in Congress. The vacuum of the political and the health care systems’ breakdowns are giving new oxygen to the fire for justice.

Without Trump and the GOP toying with Americans’ health insurance, Medicare for All wouldn’t be breaking through to so many so fast. More than half of Americans now support it.

Trump’s cruel rein is also likely to make sure Americans don’t take their democracy so lightly and voters start turning out for elections in the future.

Americans are waking up.  Reality sucks and we have a better way.

The conventional thinking about not bucking powers that be that got us here is as much the enemy as the unconventional tactics that Trump deployed. And it’s within our power to fight the conventions that imprison us every day.

Bernie is a beacon, but we have to be our own power. Telling the truth is a power, after all, if you do it at the right moment with the right people. Thank you, California Nurses.

Jamie Court is the president of Consumer Watchdog.