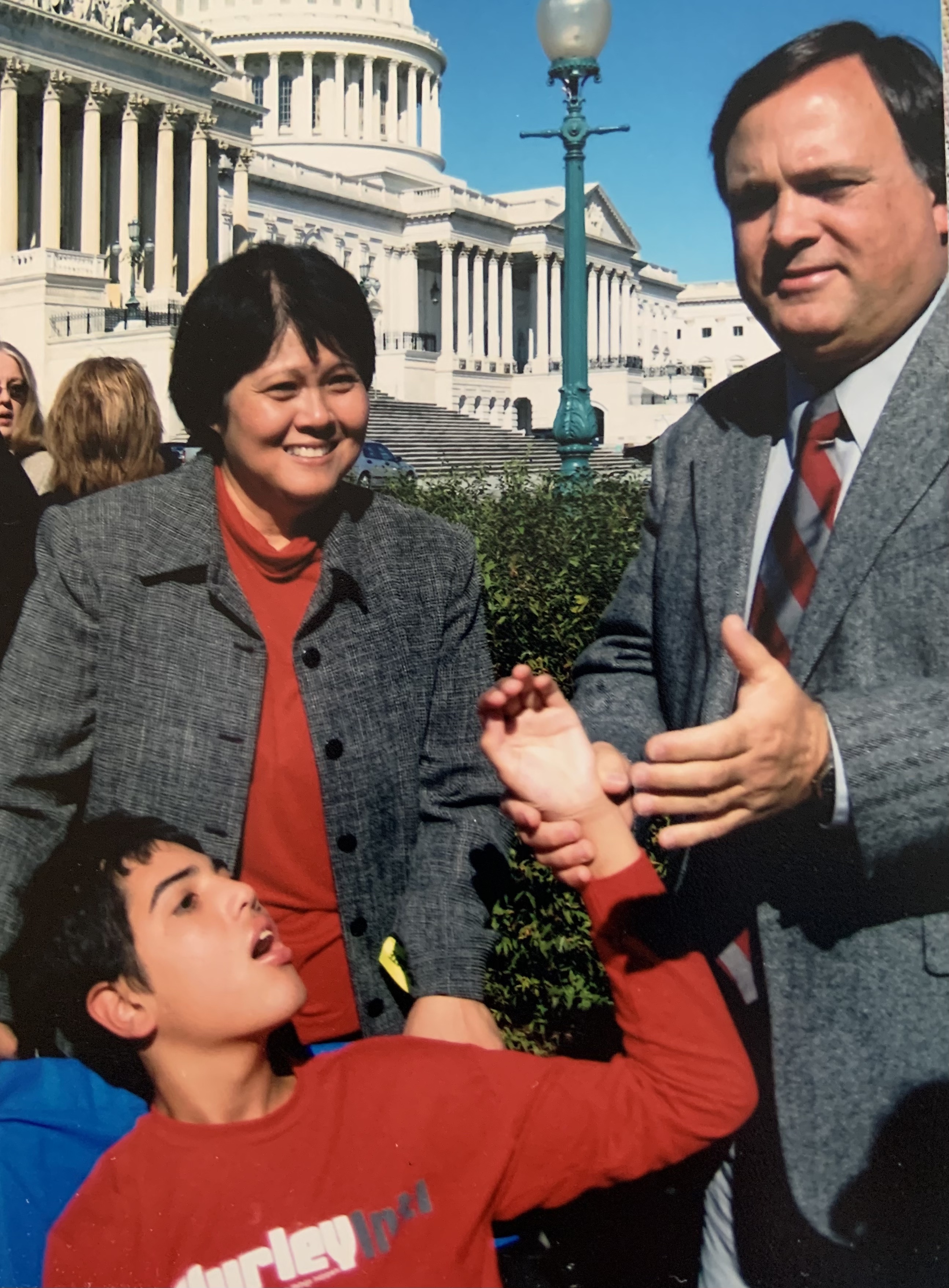 Los Angeles, CA - The California families harmed by medical negligence who launched the Patients for Fairness coalition (http://www.patientsforfairness.org) responded favorably to news of a potential legislative deal to raise the 47 year old cap on medical malpractice damages. The families said the legislation would eliminate the need for the Fairness for Injured Patients Act to go before voters in November 2022.

Families are available for on-camera and phone interviews in communities across California.

Scott Olsen, a board member for Consumer Watchdog, became a proponent of the Fairness for Injured Patients Act after the cap reduced a $7 million verdict for his son’s lifetime of blindness and disability to $250,000. Only the official proponents of the ballot measure – Olsen and Bree and Nelson Moreno, whose daughter was also permanently injured by medical negligence – have the power to withdraw the measure from the ballot.

“If the legislature fully enacts the meaningful reforms in this proposed comprise before June 29th, I will agree to withdraw the Fairness for Injured Patients Act from the ballot,” Olsen said. “Although it is too late for our family to benefit from this change, other families should not have to endure the same suffering ours has over the last three decades. It’s high time that the California legislature and all parties recognize that there should not be a fixed, one size fits all cap on human suffering and that survivors of medical negligence, regardless of their income level, deserve legal representation and accountability.”

Charles Johnson’s 39-year old wife Kira died during childbirth at Cedars Sinai when her bladder was lacerated during a C-section and her symptoms negligently ignored for 10 hours while she bled out. Johnson is the Chair of the Fairness for Injured Patients Act.

“This ballot measure is about justice for families, especially women of color who experience more medical negligence in a biased health care system and then are denied accountability because of California’s outdated, one-size-fits-all cap. If the legislature approves this compromise, families will finally be able to find an attorney and have their day in court. That’s what I wanted for Kira. If lawmakers pass this deal, I can tell my sons we restored Californians’ access to justice,” said Charles Johnson.

Tammy and Tim Smick learned of the cap when they lost their 20-year-old son Alex, who was administered a toxic overdose of medications in the hospital.

“The outdated cap prevented my family from getting justice for Alex. The only thing we could do was turn our grief into a fight to prevent the same thing from happening to another family. If the legislature approves this compromise, families will finally have their day in court. It will restore Californians’ access to justice and that is an historic win,” said Tammy Smick.

Annette Ramirez lost all four of her limbs after a routine hysterectomy when a cut bowel and raging infection burned her skin from the inside out.

“Since the day I learned the cap meant the most I could receive for my two years in the hospital, many surgeries, the loss of all four limbs, and all my other trauma was $250,000, I have been fighting to prevent other Californians from facing the same outdated cap. This deal will help level the playing field for patients with catastrophic injuries such as my own, and that is a step towards justice,” said Annette Ramirez.

Among the provisions of the proposed legislative compromise are a scaling up of the cap to $1 million in wrongful death cases and $750,000 in personal injury cases after ten years, as well as allowing survivors to sue both the provider and institutions for up to three separate caps, depending upon the circumstances.

Medical negligence survivors would see an increase of the cap to $350,000 in personal injury cases and $500,000 in wrongful death cases next year, with increases of $40,000 and $50,000  respectively every year for ten years, and a 2% cost of living increase annually after 10 years.

Injured patients and their families could receive the cap up to three times if an institution was involved in the medical negligence, and if an unaffiliated institution or provider committed a separate act of negligence.  In total a survivor could receive up to $1,050,000 next year in an injury case and $1,500,000 in a wrongful death case, and up to $2,250,000 after 10 years for injuries and up to $3,000,000 after 10 years for death.

Attorney fee caps are also reset, based on whether a case is settled before or after it is filed or if it goes to court. And doctors will be free to apologize to patients and even acknowledge mistakes without their apology being held against them in court.