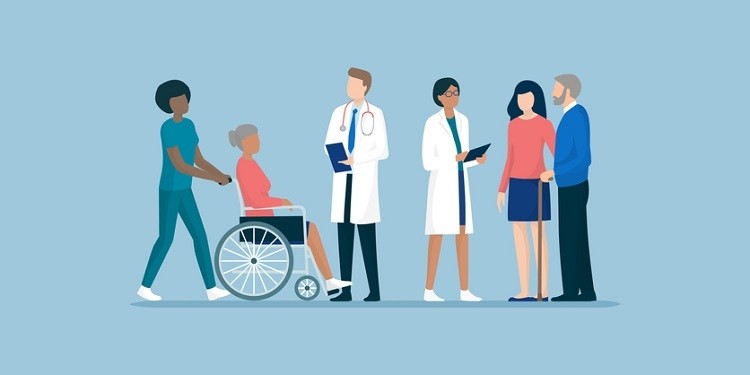 Once again, the medical lobby’s stranglehold on the legislature ensured that bad doctors will not be held accountable by the Medical Board of California.

Every four years the state legislature reviews the continued need for the Medical Board of California in a “sunset review” of its performance. This is the regulator who is supposed to protect health care consumers via proper licensing and regulation of physicians and surgeons. And this is the moment when the public, the legislature, and other stakeholders weigh in and make recommendations for improvements by means of legislation.

Consumer Watchdog and our team of advocates representing injured families from across the state of California spent eight months advocating for reform of the board on behalf of consumers and fully participated in the Medical Board review.

The physician majority board has proven to be lenient on negligent physicians and repeat offenders. So after we submitted our reform recommendations to the legislature (read it here), we concentrated on advocating for a public board member majority and cost recovery for physicians, given that the current system is broken.  Changing the balance of power on the Board to put the public, not doctors, in charge is a starting point to rebuild the public’s confidence in a Board that for too long has valued the livelihood of doctors over human life.

We spent six hours in the first review hearing in March where legislators questioned the board in support of patients.  The chair of the Senate Business & Professions committee took the board’s executive director, board members, and staff to task, demanding answers to key consumer protection questions.  Our team, led by Kathy Olsen Patient Safety Advocate Michele Monserratt-Ramos, spent almost three hours offering testimony utilizing their tragic stories of death and lifelong harm to demand that the legislature include a public board member majority as a first step toward consumer protection.

You can hear some of their testimony here.

In addition to appointing a public board member majority, our volunteer team also advocated for the legislature to change the law to allow the board to implement cost recovery for physicians who currently do not have to pay back the Board for the investigative and prosecution costs that accumulate during the enforcement process.  Nurses, dentists, and optometrists are responsible for cost recovery, but physicians are not.  With the medical board paying the investigation and prosecution costs, physicians continue to appeal decisions delaying discipline while patients continue to be harmed.

After two legislative hearings our team of advocates felt heard and believed that change was coming. The legislation submitted in their wake, SB 806 authored by Senator Richard Roth, included a change in the board’s composition to a public board member majority, a physician licensing fee increase to fund the Board’s enforcement activities, and allowed for cost recovery, answering our calls for greater consumer protections as described here.

One week later, everything changed.  On Memorial Day weekend the legislation was amended after intense lobbying by the California Medical Association to remove the public board member majority from the legislation and cut the physician licensing fee increase.  Kaiser Health News reports on the doctors’ lobbying group’s pressure on the state legislature here.

Consumer Watchdog and its volunteer advocacy team remained focused and continued to fight back. On June 1, we were there at the medical board’s special meeting to discuss SB 806 and demand that the public member majority and the original fee increase be restored.  After much debate, the board agreed and voted to support SB 806 only if it was amended to bring back the public member majority.  As Board President Kristina Lawson, and other public members of the Board, commented at the June meeting, this was the number one issue for the public.  The Los Angeles Times reported that the Board President also stated in a Board newsletter that the Board could do better.  The article can be found here.

Days later, SB 806 was voted on and passed on the Senate floor without improvements.  With the legislation heading to the Assembly, our advocacy team was present for the Assembly policy committee hearing.  Executive Director Carmen Balber testified in opposition to SB 806 unless it was amended, and patient advocates again spoke and offered their oppose unless amended position.  Again, SB 806 was voted through committee without bringing back the public board member majority and no movement to restore the original licensing fee increase.

While in the Assembly policy committee, SB 806 was amended to allow the Medical Board’s executive director to use, at his discretion, a Confidential Letter of Advice to address any violation of the Medical Practice Act.   Consumer Watchdog’s Michele Monserratt-Ramos and patient advocates spoke against the use of the confidential letter at the next special Medical Board meeting held to discuss SB 806, urging the board to set guidelines for how this letter can be used.  The medical board recommended some amendments, but they were not enough to protect consumers.

While continuing to campaign for consumers, one of our advocate moms rallied the bill’s author until she secured a one-on-one meeting with him.  She used her time with the Senator to ask him to amend the legislation to ensure that the Confidential Letter of Advice could not be used for patient care complaints.  Consumer Watchdog followed up with the committee, seeking an amendment to the bill stating that the board may issue an administrative confidential letter of advice to a licensee only to resolve a complaint for an alleged minor violation of this chapter that is not related to patient care.  The Senator made this amendment, which stayed in the legislation and made it through to the Governor’s desk.

In September, the bill was voted on and passed by the California State Assembly.  In October, the Governor signed the bill here.  Despite the voices of dozens of patient advocates from across the state, Consumer Watchdog and other patient safety organizations, a series of articles from the Los Angeles Times exposing how the Medical Board of California is failing to protect patients and how the California Medical Association blocks efforts to punish dangerous doctors, the legislature still failed to enact significant reform of the Medical Board to improve consumer protection for patients as described in an LA Times editorial here.

We won a few battles, and the fight will continue. While we may not have gained the first public member majority board in the country, we did win a fight for accountability with physician cost recovery, another effort at oversight by means of an enforcement monitor, and a Confidential Letter of Advice that will not be used for patient care complaints.  Consumer Watchdog and our team of families and patient advocates impacted by medical negligence will continue to push for reform to protect Californians.  We will be involved in the rule making process that the Medical Board will use to turn these legislative changes into regulations and continue advocating for legislation to create a public member majority Board.  Lawmakers have seen the need for a public member majority and have expressed willingness to explore a public member majority and review the physician licensing fee increase.  When the legislature reviews this issue again, we will be there.

We are also bringing the fight to seek accountability for Californians in the legal system directly to voters.  A California ballot initiative in November 2022, the Fairness for Injured Patients Act, will update the state’s nearly 50-year-old medical negligence cap and restore patients’ rights to hold doctors who cause harm accountable in court. There will be accountability for California’s injured patients, if not through the legislature, then at the ballot box and in the court of public opinion.