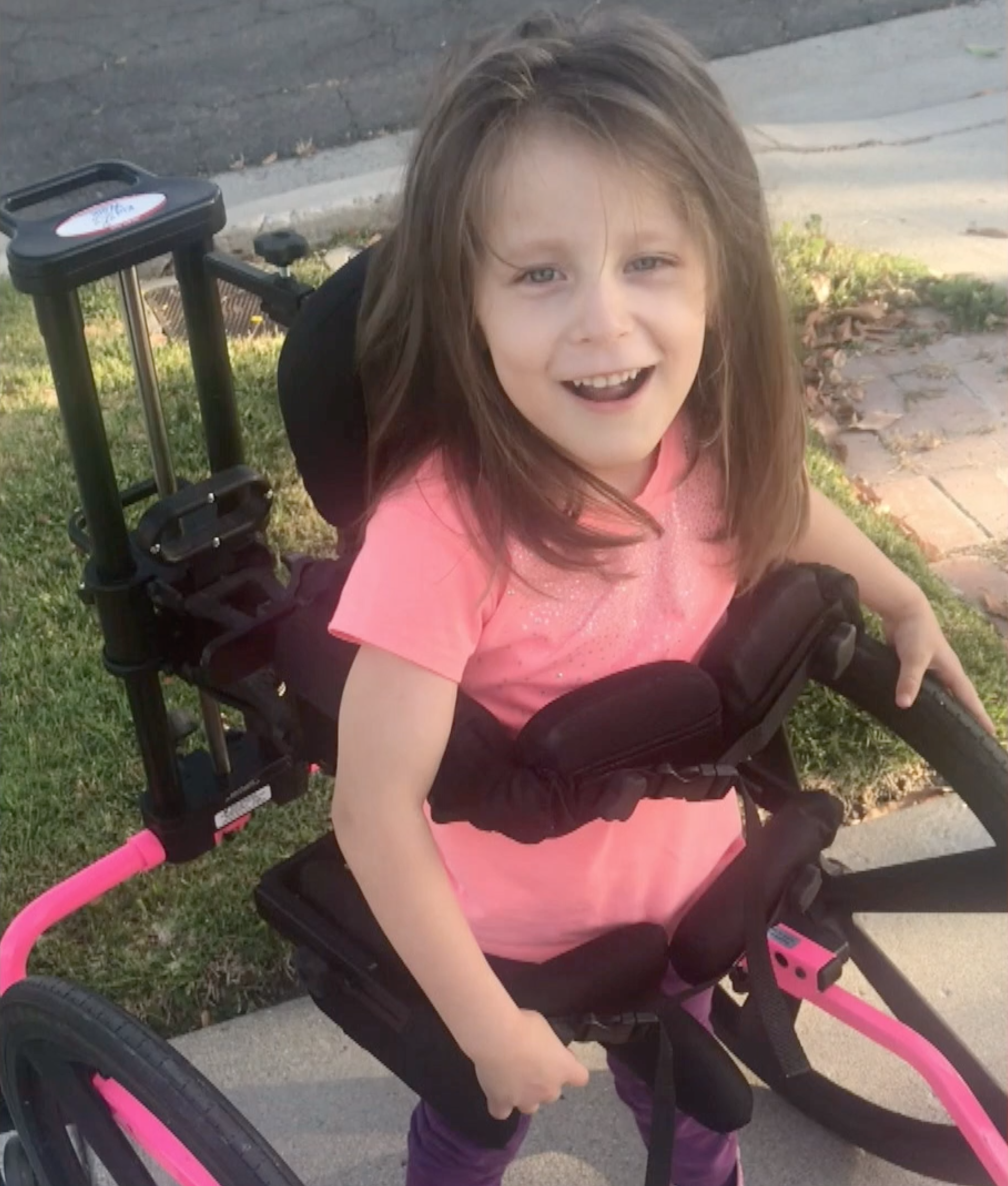 Sacramento, CA -- The father of a 29-year-old man disabled for life by medical negligence when he was two and the parents of a young girl with life-long disabilities, who await their daughter’s medical negligence trial, filed the Fairness for Injured Patients Act  (FIPA) today, a proposed initiative for the November 2020 ballot.

The ballot measure would adjust the maximum $250,000 compensation cap set in 1975 by the legislature on quality of life and wrongful death survivor damages that has never been updated.  The initiative adjusts the compensation cap for inflation, allows judges and jurors to decide that compensation above the cap is appropriate in certain cases of catastrophic injury or death, and requires that juries be informed about the existence of the cap.

More than half the states in the nation do not have caps like California. 20 states and the District of Columbia have no caps at all. 14 other states have caps with exemptions for wrongful death or catastrophic injury. California is 1 of just 3 states with a cap as low as $250,000 with no exceptions.

Scott Olsen, the proponent from Chula Vista, and a board member of the nonprofit group Consumer Watchdog, learned of the 1975 cap after his two-year-old son Steven suffered a head injury in 1992.

In the emergency room, Steven was repeatedly denied an $800 CAT scan, despite his parents repeated pleas. Experts and a jury later found the scan would have prevented Steven's life of blindness and cerebral palsy. The jury’s $7 million verdict to compensate Steven for his lifetime of darkness, brain damage and loss of the quality of life was reduced under the 1975 legislative cap to $250,000 when the jury left the room. Steven is now 29 and the family could have used that money.

“My employer’s insurance used to cover the costs of Steven’s care, but I had to leave my job after my wife Kathy died unexpectedly at age 59,” Scott Olsen said. “She had quit her job years earlier to take care of Steve.  Due to the 44-year-old limits on our rights, Steven has to get his healthcare from taxpayer-paid Medicare today.  I wonder every day what will happen to Steven when I can’t take care of him any longer.  I am filing this initiative to prevent this from happening to other families.” 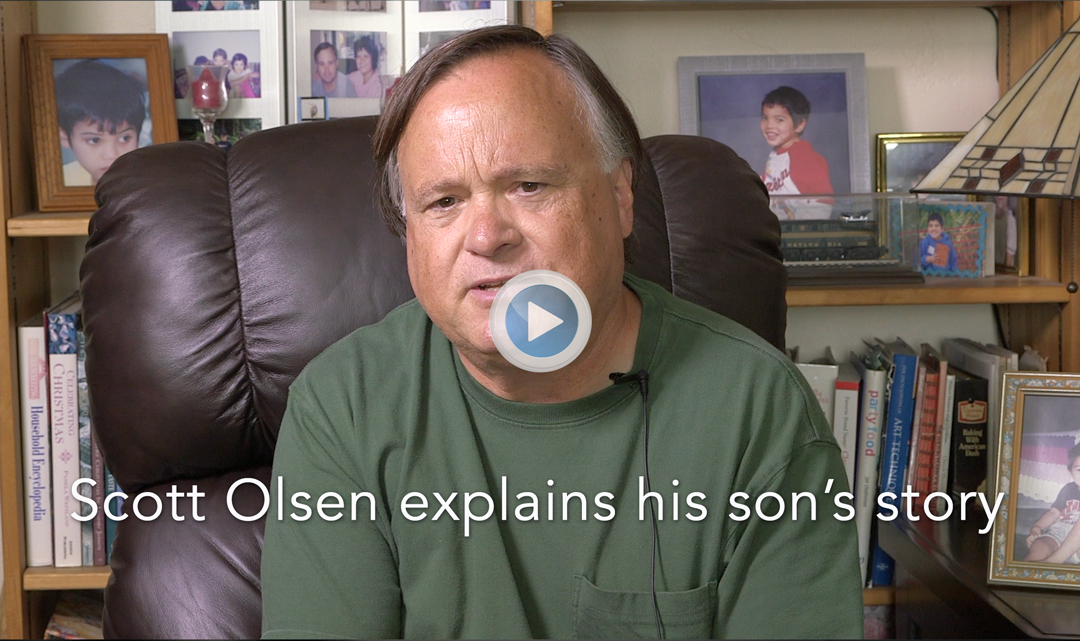 Bree and Nelson Moreno’s daughter Mia’s heart stopped after surgery when she was just a few months old. Mia had been negligently over-sedated and left without monitoring.  She now lives a life of Cerebral Palsy, has very little control over her body’s movement, and will require lifelong care.  She will never live independently, be able to bathe or use the bathroom by herself, get married or have her own family.  Her mother Bree had to quit her job to provide Mia with full time care. The Morenos, the initiative’s other proponents from Fullerton, await their day in court.

If the Fairness for Injured Patients Act is enacted in the November 2020 election, then the jury that decides Mia’s case will not be limited by the $250,000 compensation cap because she has permanent brain damage and Cerebral Palsy.

“The jury in Mia’s case should be free to make a full decision that addresses her life-long injuries that is not overridden by the one-size-fits-all compensation cap set 45 years ago by politicians in 1975 and never adjusted,” said Bree Moreno. “My daughter’s quality of life and future shouldn’t be determined by an arbitrary 45-year-old compensation limit that doesn’t apply in three dozen other states.”

Olsen and the Morenos noted three of the more perverse aspects of the 1975 compensation cap in the ballot measure’s findings:

“California juries are not told about the 1975 legislative cap or made aware that the damages they award a patient will be arbitrarily reduced to $250,000 notwithstanding the severity of the medical negligence or of the harm caused to the patient or survivors.”

“The current 1975 law unfairly discriminates against women and their survivors because women do not receive equal pay and also do not receive fair compensation for losses that specifically affect women, like loss of fertility, failure to diagnose breast and cervical cancer, and injuries to women during childbirth.”

“This severe restriction on patients’ and survivors’ legal rights to hold medical providers accountable was accompanied by a promise that a strong regulatory system would be created to protect patients from harm.  That never happened.  Patient safety scandals over the last 45 years have demonstrated that the health care system has been unable to police itself.  As a result, there are no consequences in many cases of negligence, resulting in a decline in patient safety and quality of care.”

The proponents also target the added cost to the health care system because wrongdoers are not paying for their own negligence.

The initiative states: “The cost of caring for undeterred medical negligence has and will add significant costs which are borne by California taxpayers and health care insurance providers rather than wrongdoers.”

In addition to helping hold wrongdoers accountable, the initiative addresses the shifting of billions in costs from wrongdoers to public programs and private insurance by making other key changes. It disallows introduction of evidence of collateral sources of support, such as Medicare or health insurance policies, which is the standard in other civil cases, and ends mandatory periodic payments to victims, which can force them onto public assistance programs.

The Fairness For Injured Patients Act also adjusts the thresholds in the mandatory attorney fee limits for inflation to guarantee victims have contingency fee attorneys and allows judges the discretion to make sure attorneys’ fees are fair and not excessive in cases of catastrophic injury.

In addition, the proposed law provides protections for medical providers against meritless lawsuits by requiring certificates of merit backed by experts or attorneys filing meritless cases will have to pay the medical providers’ attorney’s fees and costs.

Olsen and the Morenos articulate the measure’s purposes in its third section.

1. The maximum $250,000 compensation cap set by politicians in 1975 for quality of life damages for patients injured by medical negligence should be adjusted for inflation.

2. Juries should be informed of the compensation cap.

3. Judges and juries, not politicians, should have the discretion to decide whether the cap applies in cases of medical negligence that cause catastrophic injuries or death.

4. Judges, not politicians, should have the discretion to determine that the fees paid to an attorney are reasonable and not excessive in cases of medical negligence resulting in catastrophic injury or death and update attorney fees originally capped in 1975 for inflation.

6. Preserving patient rights in California should be balanced with safeguards and deterrence against meritless lawsuits.  Attorneys who file medical negligence lawsuits should be required to file a certificate of merit and attorneys who file meritless lawsuits alleging medical negligence should pay the doctors’ attorney’s fees and costs.  This, along with extending the time patients have to file as in other cases will provide sufficient time to obtain a certificate of merit and will deter and reduce the number of meritless lawsuits.”

Consumer Watchdog has been working with injured patients like Steven Olsen impacted by the 1975 law for decades and will be supporting the effort to pass the ballot measure.

“The most progressive state in America has the most regressive laws for injured patients,” said Jamie Court, Consumer Watchdog’s president. “It’s time for voters to restore fairness for patients after 45 years of indifference and to make wrongdoers, not taxpayers and health insurance policyholders, pay the cost of their own negligence.”

Trial By Woman author Courtney Rowley and her husband Nick Rowley, who lost a child due to medical malpractice during his first marriage, are heading up the fundraising and awareness efforts.  Nick, 42, is a nationally renowned trial lawyer, military veteran and former medic who has had over 150 jury trials in states across America resulting in over $750 million in jury verdicts.  Nick and Courtney have dedicated their lives to representing patients and families and preservation of the jury trial method of obtaining civil justice in America.

“This unjust law was passed when John Lennon was still alive, President Ford was president and the Vietnam war was just ending,” said Nick Rowley. “The only thing that has happened in 45 years is thousands of patients and families have experienced horrific injustice while insurance companies have made countless billions. Now it’s time for voters to be the jury and do what politicians have failed to do, adjust and update a horribly unjust law.”

“This is not only a grandparents’ and parents’ issue, it’s a women’s issue,” said Courtney Rowley.  “Women are paid less than men in the workforce, are still the stay at home parents in most households.  When a medical negligence case is pursued on behalf of a woman for an injury specific to women or death of a woman cases are often worth a maximum of $250,000, which after attorneys’ fees and costs is less than $20,000 in 1975 dollars. This law is despicably unjust and needs to be changed.  Politicians and Judges have not had the courage, we believe California voters will in the 2020 election.”

Read a Question and Answer fact sheet about FIPA.

Read newspaper editorial boards opining on the need to adjust the cap.

Read about how the vast majority of other states in America do not have caps like California's.