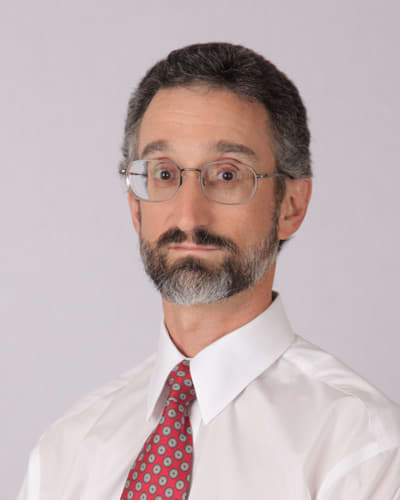 Los Angeles, CA – Two parents of children injured by medical negligence called out a doctor opposing the Fairness For Injured Patients Act because they were “deeply offended” by his “comment that compensation for death or lifelong harm is capped under California’s nearly 50 year old law because such losses are ‘very nebulous.’”

Scott Olsen and Tammy Smick wrote Dr. Mark Alson that his comment, “misstates the law and is disrespectful of families across the state and the hardships they face because of the cap.”

At issue is Alson’s false statement in the Fresno Business Journal: “MICRA does not place a cap on malpractice awards per se. It places a cap on a very specific part of malpractice awards — just the pain and suffering part. So what that means is that an injured patient is still able to get 100%, without a cap, of any economic damages and any medical compensation for anything needed in the future. All that stuff is not capped. What is capped is pain and suffering, and the reason that’s capped is because that’s very nebulous.”

“Alex Smick died at age 20 from an overdose given in a hospital,” the letter reads, sharing the story of Tammy Smick’s son.  “His life was worth no more under the law than the $250,000 compensation cap set in 1975 and never adjusted, or $50,000 today.  There is nothing nebulous about a life lost at 20 due to gross medical negligence.

“Since Alex was starting his adult life and had no dependents, under the law our family could not recover so-called “economic damages” for his life of lost wages.  $250,000, minus attorneys fees and expert witness costs, is the maximum our family could receive in survivor damages.”

Scott Olsen is the proponent of the Fairness for Injured Patients Act on the November 2022 ballot. The measure would update California’s $250,000 cap on quality of life or “pain and suffering” and survivor damages for nearly 50 years of inflation, and allow judges and juries to decide in cases of catastrophic injuries or death.

“Steven Olsen was 2 when he was injured by gross medical negligence,” the letter continued for Scott Olsen. “He was denied an $800 CAT scan that could have saved him from a life of blindness and brain damage.  The jury’s $7 million verdict for his lifetime of lost sight, brain function, and disability was reduced to $250,000 by the judge when the jury left the room. Steven’s medical negligence led to life long harm which includes severe brain damage, cerebral palsy, seizures and permanent blindness.  The value of his suffering is hardly nebulous.”

Olsen and Smick, who are Consumer Watchdog board members, asked Dr. Alson “to review the videos and stories at www.FairnessforPatients.org so that you are truthful with the public next time you speak to this issue.”

“When you claim patients like Steven can get 100% of any economic damage that is also lie,” the letter continued.  “As you may know, unlike in other tort cases, the 1975 law allows deduction in medical negligence cases for other purported sources of income to offset what wrongdoers pay (a collateral source offset). In Steven’s case, the defense argued taxpayer programs like Medicare and Social Security Disability would be there for him, and that my private health insurance would cover him. He was too young, as well, to put a price tag on his lost wages. My wife had to quit her job to take care of Steven, until her death a few years ago. Then I had to quit my job to take care of Steven.”

“This is the reason we have placed the Fairness For Injured Patients Act on the November 2022 ballot,” Smick and Olsen write. “The medical insurance complex has never recognized or acknowledged the fact that a cap set nearly 50 years ago needs to change.”

Another impetus for the Fairness Act is the failure of the state medical board to adequately police doctors and deter medical negligence.  Today the Los Angeles Times posted another part of its investigation into the medical board's failure, finding, "the state Medical Board reinstated more than half of all sex abusers who sought to get their licenses back, a rate significantly higher than for doctors who lost their licenses for all other reasons."

The Fairness for Injured Patients Act:

• Indexes for inflation the attorney contingency fee limits set in 1987.

• Gives the power back to judges and jurors who will be able to decide if compensation above the cap is fair in cases of catastrophic injury or death.

• Informs juries about the existence of the cap.

• Restores collateral source rule in medical negligence cases so wrongdoers, not taxpayers, pay the cost of their injuries.