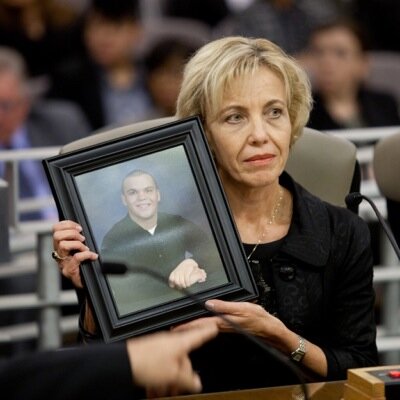 Sacramento, CA – Consumer Watchdog renewed its call for Governor Gavin Newsom to withdraw the nomination of Dr. Richard Thorp, former president of the doctors’ lobby, to the Medical Board of California.

“The Medical Board’s job is patient protection,” said Consumer Watchdog board member Tammy Smick, who lost her son to medical negligence, in a letter objecting to Dr. Thorp’s confirmation. “It is outrageous that a past president and member of the California Medical Association, a political organization with a long record of active opposition to reasonable physician oversight, is even being considered for this critical public safety post.”

Dr. Thorp’s appointment was scheduled for consideration at the March 11, 2020 hearing of the Senate Rules Committee.  On March 6, Mrs. Smick wrote a letter objecting to the nomination and detailing Dr. Thorp’s record of opposition to patient safety measures when head of the Medical Association. Read her letter here: https://www.consumerwatchdog.org/sites/default/files/2020-12/Ltr%20Opposing%20Richard%20Thorp%20nomination3-6-20%20copy.pdf

The hearing was cancelled. Governor Newsom then used his emergency powers to extend the confirmation deadline three times, allowing Dr. Thorp to serve for 18 months without Senate confirmation or public review.

The failure to conduct legally required confirmations denied Mrs. Smick and other medical negligence survivors the opportunity to make their case against Dr. Thorp, said Consumer Watchdog.  As first reported by the San Francisco Chronicle, 185 appointees were confirmed by the Senate during the pandemic. Thorp and two other medical board appointments were the only appointees up for approval at the time when the Governor used his emergency powers to extend the deadline for an extra year.

Mrs. Smick wrote: “Dr. Thorp’s nomination is doubly galling because a law enacted in 1975 prevents families like mine from seeking legal accountability when doctors kill our loved ones. The Medical Board was created as part of the same deal, with a promise that the legal deterrence being taken from patients would be replaced with regulatory enforcement to protect patients from harm. That promise has been forgotten.”

Thorp was CMA President in 2013-14 when the Association fought against Proposition 46 to index the medical malpractice cap for inflation, require doctors to check the CURES database before prescribing opioids, and mandate drug testing for doctors.  Kinney and DeBoo were paid $949,775 by CMA and the committee in those years. All told, Kinney and DeBoo made $2.8 million over the last ten years representing the Medical Association and its political committees opposed to adjusting the state’s 1975 medical malpractice cap.

See the payments by the CMA to Kinney and DeBoo.

During his tenure on the Medical Board, Dr. Thorp has vigorously advocated for the positions of the Medical Association and doctors’ interests at the expense of the public, said Consumer Watchdog. Since his Board tenure began Dr. Thorp has: Opposed requiring doctors to personally review a patient’s prescription history before prescribing opioids; opposed increasing physician licensing fees to adequately fund the Board’s investigations of physician misconduct; and, championed confidential diversion programs for substance abusing doctors, which replace public enforcement actions.

“The democratic process by which all appointees have to answer for their record was bypassed on behalf a politically connected doctor with deep ties to the Governor’s closest consultants and confidants and a history of opposing patient safety protections. Thorp has to go,” said Carmen Balber, executive director of Consumer Watchdog.

Consumer Watchdog also opposed the re-nomination of Dr. Dev GnanaDev, another past president of the doctors’ lobby. GnanaDev was first appointed to the Board by Governor Brown. The Senate Rules Committee told the San Francisco Chronicle a hearing has now been scheduled for February 3, 2021.