Revelations by Women Sexually Assaulted By Their Doctors Spurred Transparency 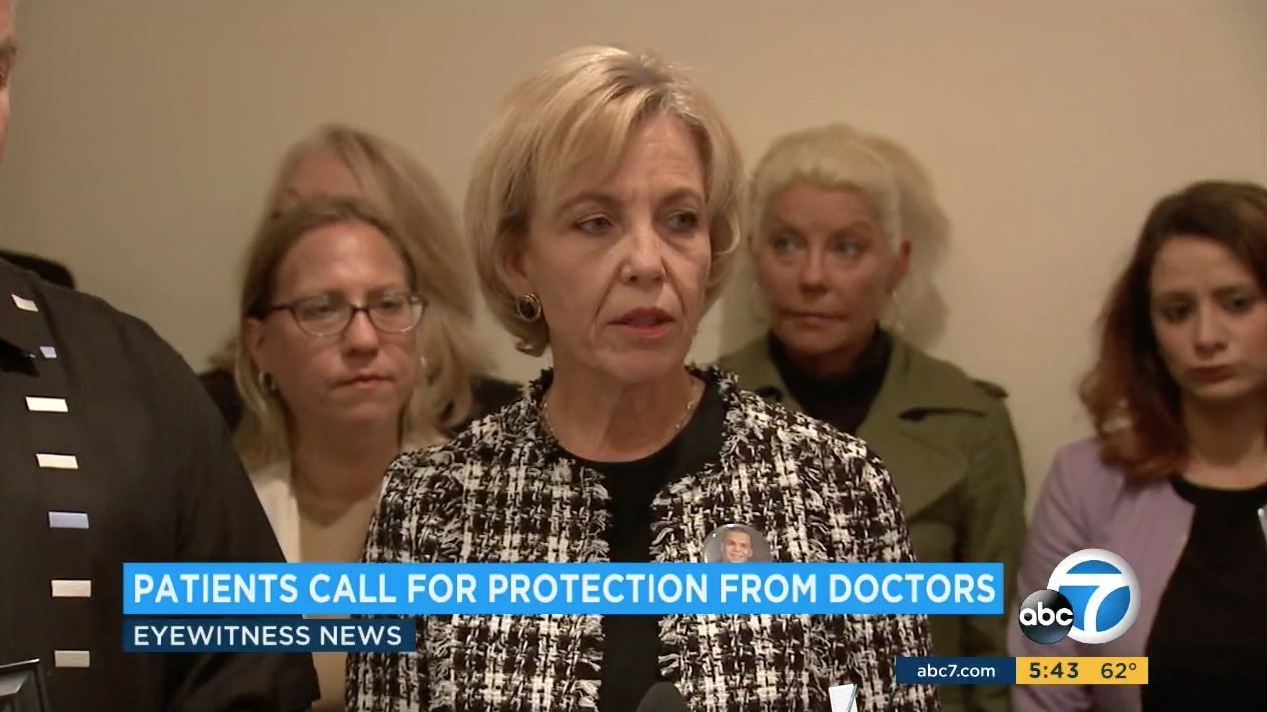 Sacramento, CA -- Doctors in California will have to be honest with their patients if they are on probation for sexual assault or other egregious patient harm under legislation, SB 1448 by Senator Jerry Hill, that was signed by the Governor today.

The first-in-the-nation law requires doctors to disclose before a patient’s appointment if they are on probation ordered by the Medical Board of California for causing patient harm in four categories: sexual misconduct with a patient, drug or alcohol use, overprescribing prescription drugs or criminal convictions.

“This law is a tremendous first step toward the transparency that patients desperately need to make safe decisions about their health care. Doctors who harm patients have for too long been allowed to continue practicing with their disciplinary history hidden in the shadows. This law will finally require the minority of doctors who commit egregious misconduct to be honest with their patients,” said Carmen Balber, executive director of Consumer Watchdog.

According to the California Research Bureau, doctors who have been disciplined in the past have a 30% chance of re-offending.

Senator Hill has carried legislation for the last three years to require disclosure of doctors’ probationary status, but prior bills stalled in the face of misinformation and scare tactics from the doctors’ lobby. The legislature finally rejected their claims in the wake of the Me Too movement and after former USC students, Olympic and Michigan State University athletes, and women from across California who were sexually assaulted by their doctors traveled to Sacramento to urge lawmakers to end the secrecy around doctor probation.

“If we learned anything from the Me Too movement it’s that hiding misconduct perpetuates harm. Now, patients will be informed before they choose a doctor disciplined for over-prescribing opioids to treat their substance abuse issues, or send their daughter to a doctor on probation for sex offenses. We have a right to know,” said Balber.

Consumer Watchdog said the new law will not inform patients when their doctor is disciplined for negligence that kills a patient, a reform the legislature must revisit next year.

The bill takes effect on July 1, 2019. In addition to doctors, the new law also applies to health care providers licensed by the Osteopathic Medical Board of California, California Board of Podiatric Medicine, the Naturopathic Medicine Committee, the State Board of Chiropractic Examiners, and the Acupuncture Board.