Governor Jerry Brown sells himself as one of the world’s foremost climate change warriors. But as long as he protects the oil industry, California will miss its ambitious 2030 greenhouse gas emissions targets. 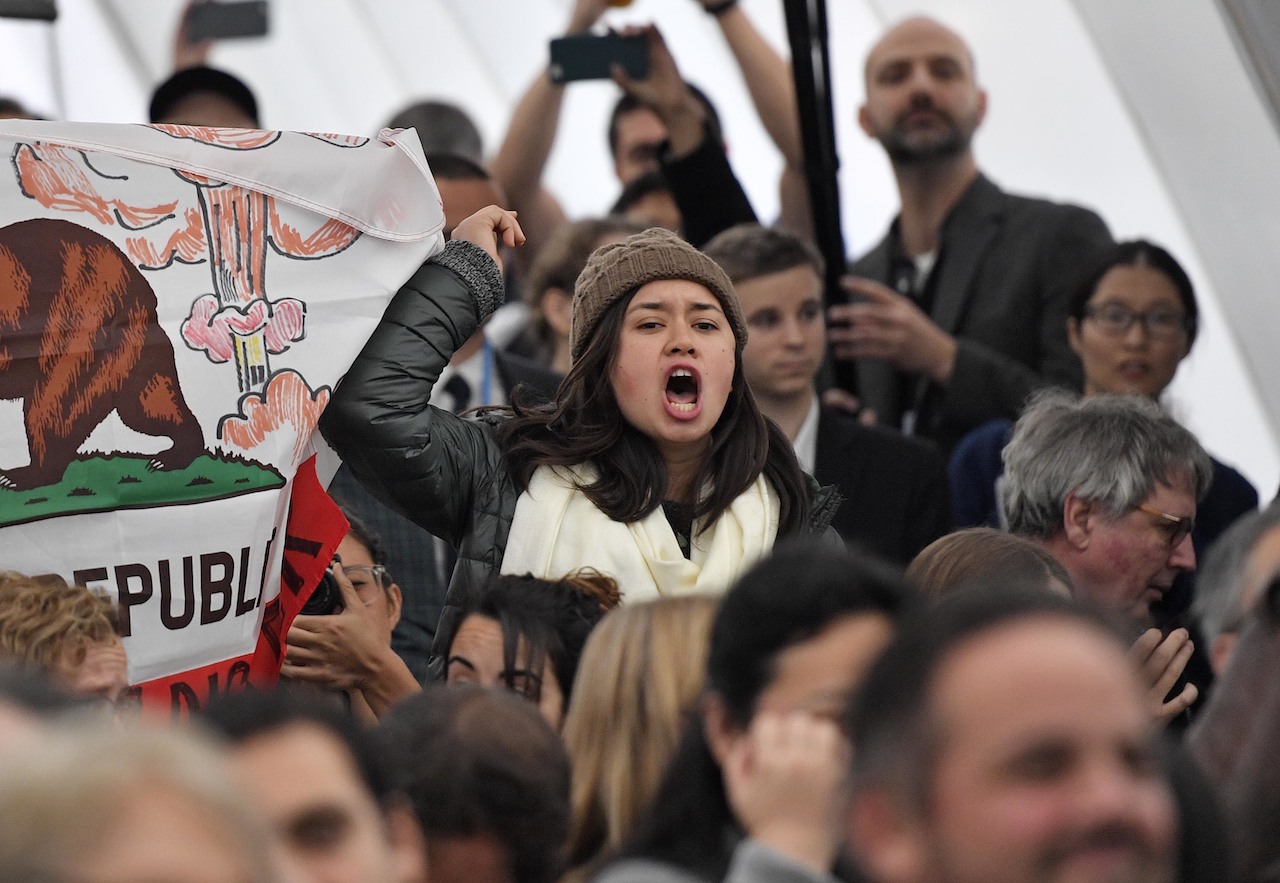 Governor Jerry Brown sells himself as one of the world’s foremost climate change warriors. But as long as he protects the oil industry, California will miss its ambitious 2030 greenhouse gas emissions targets.

In Europe recently, Governor Brown touted “cap-and-trade” as the answer. A new report by Near Zero, an adviser to the state on its market mechanism to control emissions, shows why he is wrong.

The group found greenhouse gas emissions fell almost 5 percent in 2016 over 2015, but it had nothing to do with trading pollution allowances to meet a state emissions cap. Instead, Near Zero’s crunching of state data shows transportation and refining emissions rose.

What accounted for overall cuts was California’s tightening of the long-existing renewable energy standard that stoked a clean energy surge in the power industry. But that is only one hand clapping. We won’t reach safety without the other hand steadily turning off the oil spigot.

That is exactly what Brown refuses to do. Brown got booed in Bonn on his climate tour by indigenous activists who want him to embrace the “keep-it-in-the-ground movement.” Brown hasn’t delivered on a “managed transition,” as leading climate activist Bill McKibben puts it, to get us off the ledge of global warming.

California won’t be a climate champion if it continues to be the nation’s third-largest oil producer.

Instead of going after oil and gas production, Brown has opted for an industry-written extension of cap-and-trade to 2031, a public relations ploy so rigged with exemptions, loopholes and freebies that emissions from refining and transportation will only go up.

Brown needs to create a Marshall Plan to get off fossil fuels. He should start by banning fracking, which produces 20 percent of our oil.

He should immediately close Sempra Energy’s Aliso Canyon natural gas reserve — scene of the biggest methane-well blowout in United States history — that is not needed for energy reliability. Instead it’s a piggybank for companies to buy fossil fuel gas low, store it and sell high.

In fact, Brown should freeze all new oil and gas drilling and come up with a plan for dismantling what remains. This is the hard work of telling the oil and gas industry, “No More.”

To do so, Brown will have to abandon his faith in arbitraging fossil-fuel energy as a solution to problems that really stem from fossil fuels themselves.

Brown’s champions a new Western electricity trading market that was first proposed during electricity deregulation but abandoned when market manipulation was exposed.

The reconsideration is touted by the same deregulators as green energy, but the Western grid is 60 percent coal and will create a perpetual market for fossil-fuel natural gas electricity.

This Western market would also fall under President Trump’s Federal Energy Regulatory Commission, invalidating our laws under its newly adopted “coal and nuclear first” model. California, which barely sips coal power, would gulp it in from Warren Buffet’s PacifiCorp plants that stud the West.

Major investor-owned utilities that massively overbuilt natural gas power plants on Brown’s watch — overcharging ratepayers nearly $7 billion in the last decade alone for the privilege — would export that power and then build even more.

Instead, Brown can take on the utilities and these unnecessary power plants, and feed us instead with expanded solar, geothermal, and battery-storage resources, all in-state.

If Brown agrees to prioritize consumer subsidies, that could unlock the potential of electric vehicles to replace combustion engines. If he must keep cap-and-trade, the revenue could fund electric vehicle subsidies, as could money from a new carbon tax.

It’s such planned investment that California needs from its governor. The alternative, allowing big oil and gas producers and refiners gouging Californians at the pump to write their own rules, is neither cost-effective, nor environmentally smart.