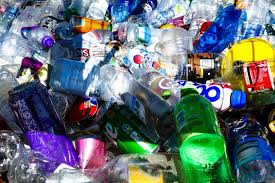 Los Angeles, CA— The nonprofit Consumer Watchdog called on Governor Gavin Newsom not to give retailers another exemption from their duty to refund bottle and can deposits, warning it could decimate the fragile deposit system.

Newsom has signed two executive orders allowing supermarkets and chains not to have to take back empties and refund nickel and dime deposit. The latest order expires on Friday.

“California’s bottle deposit system is on the edge of collapse,” Consumer Watchdog wrote in a letter to Governor Gavin Newsom.”

“These exemptions are a disaster that unnecessarily and severely restrict access to refunds of consumer bottle deposits totaling hundreds of millions of dollars annually. A growing segment of the population, including those who recently joined California’s now seven million unemployed, depends on deposit refunds to meet basic expenses.

“Now, Covid has pushed up to a third of existing centers, severely underpaid by the state for years, to close.  If consumers cannot turn to beverage dealers for refunds—something that the bottle law requires when stores lack nearby redemption centers—even more deposits will be lost to consumers.”

Read the letter at: https://www.consumerwatchdog.org/sites/default/files/2020-08/NewsomRavagedRecyclingLTR8-18-2020_2.pdf

The letter cites the toll on the bottle deposit system from Newsom’s previous waivers:

•Many counties are now beverage container recycling “deserts.” Humboldt and Santa Barbara counties have no open redemption centers, according to industry sources. San Francisco is down to one center for 883,305 people. Two centers in San Mateo each serve 384,773 people. Alameda has six centers serving 277,792 people apiece, while Santa Clara has eight serving 242,196 people each.

•After the pandemic hit, California experienced an estimated 30% drop over last year in the volume of beverage containers reclaimed through its deposit program from mid-March to mid-May, according to CalRecycle. That represents about $61 million more left unredeemed in its accounts totaling $400 million. The number of unredeemed deposits could now be as high as $75 million, according to industry sources.

•A huge drop in redemption center empties has also severely disrupted the manufacturing supply chain in California and threatened 8,000 recycling center jobs. One big processor that buys empties from centers and resells them to manufacturers told Consumer Watchdog that the amount of materials offered fell by up to 50% between mid-March and May alone. That means large amounts were either hoarded, “donated” to waste haulers’ blue bins, or went to landfills. Volumes of empties redeemed are still not back to normal.

•Processors purchase the bulk of their empties from redemption centers that take in 88% of them.  The other 12% are collected by waste haulers offering single bin recycling services. Processors prefer empties diverted from recycling centers because they are far cleaner than waste haulers’ empties. This means that manufacturers in California are facing shortages of feedstock and turning to purchases of new and energy-intensive plastic, metal and glass instead.

“It is up to you to preserve and strengthen the bottle deposit system, not allow it to be degraded further by again exempting retail stores from taking back empties in store and refunding deposits as the law requires,” the letter concludes. “By extending the retailer exemption you risk irreparable damage to the bottle deposit system. We are sure that you agree this would be an unacceptable outcome for a state that prides itself on its green credentials.”