Protestors Outside of Governor's Mansion Sing and Demand Environmental Accountability 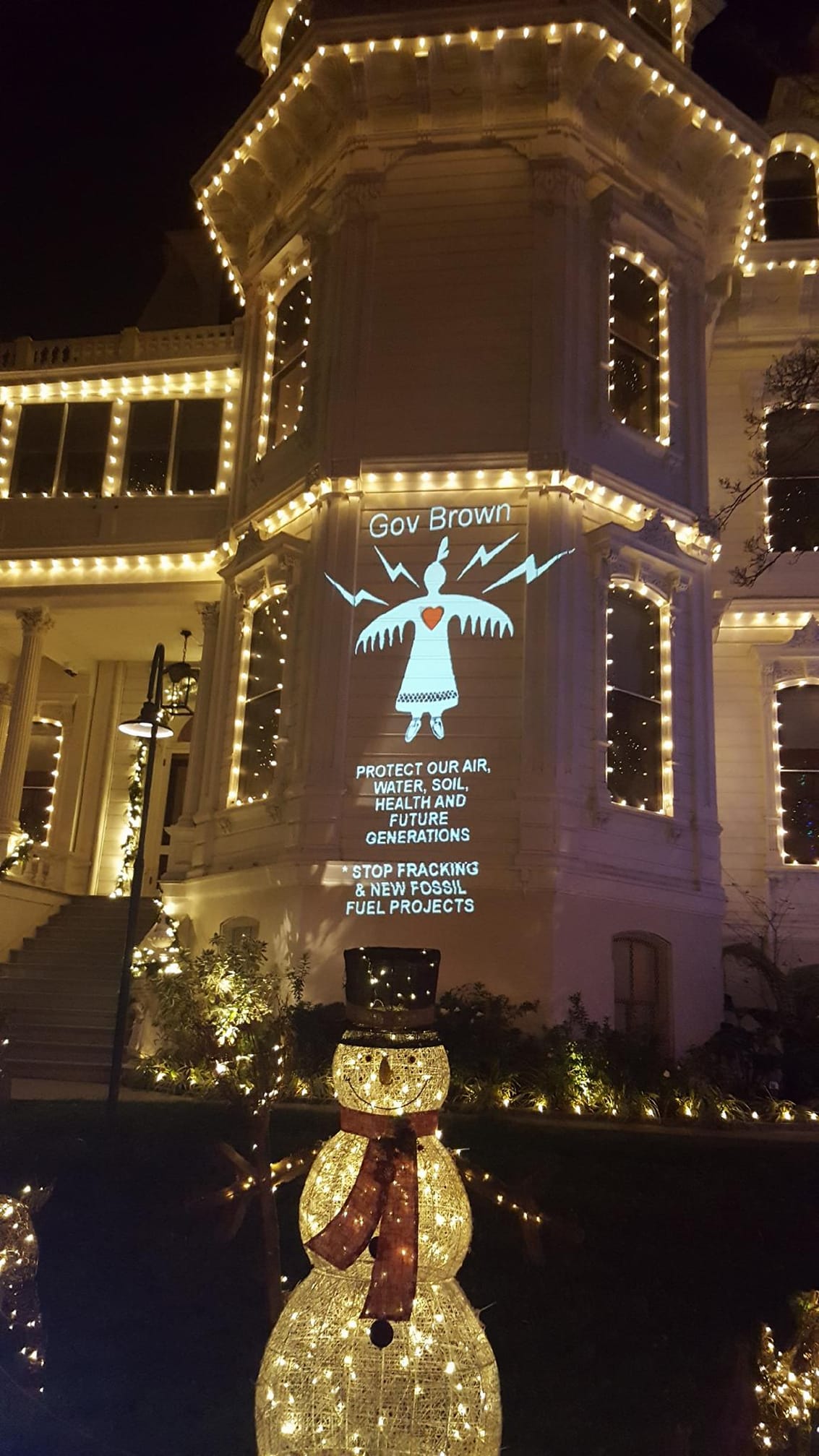 Carolers raised their voices before the Governor’s Mansion last night, singing “Jerry Brown Jerry Brown, Keep It In The Ground” to the tune of Jingle Bells and also Consumer Watchdog’s 12 Days of Brown Christmas, both remakes of classic carols that highlight his dirty energy policies.

“Think about our planet earth and please don’t let us down,” sang Indigenous Women of the Americas Defending Mother Earth Treaty and Idle No More SF Bay to the tune of Jingle Bells. Planet Earth for many California politicians and donor companies is more about corporate profits and keeping contributions flowing than protection of the people who inhabit it.

We’re hoping for a better year next year which is why we put together this short song and animation featuring Governor Jerry Brown and his support for fossil fuels and dirty energy policies. The carol lists Brown’s gifts to the polluting oil and gas industry and the utilities that burn fossil fuels to make electricity.

During Jerry Brown’s tenure as Governor, we’ve seen contributions totaling nearly $10 million from 26 energy companies, to his campaigns, causes, ballot measures and to the Democratic Party. In turn, Brown policies and legislative compromises have led to rubberstamping of fracking permits, thousands of poisoned aquifers, expanded oil drilling, and exempting refineries from direct regulation of their carbon emissions.

The Aliso Canyon natural gas reserve’s leak this week reminds us of the fact that responsibility for the biggest methane well blowout in US history that caused thousands to flee has still not been publicly assigned and punished.

Governor Brown, who has traveled the world championing climate change, has supported the fossil fuel boom at home in California starting with the firing of two oil and gas safety regulators enforcing strict environmental rules already on the books. He blessed a needless natural gas power plant building spree, and allowed the reopening of Aliso Canyon without knowing what caused the blowout in the first place.

The biggest gift that Governor Brown could give us this Christmas is a ban on fracking and on any new oil and gas infrastructure projects. The only way to avoid the worst effects of climate change is to keep oil and gas in the ground. The best New Year’s resolution that the Governor could make is to start singing a different tune on fossil fuels.