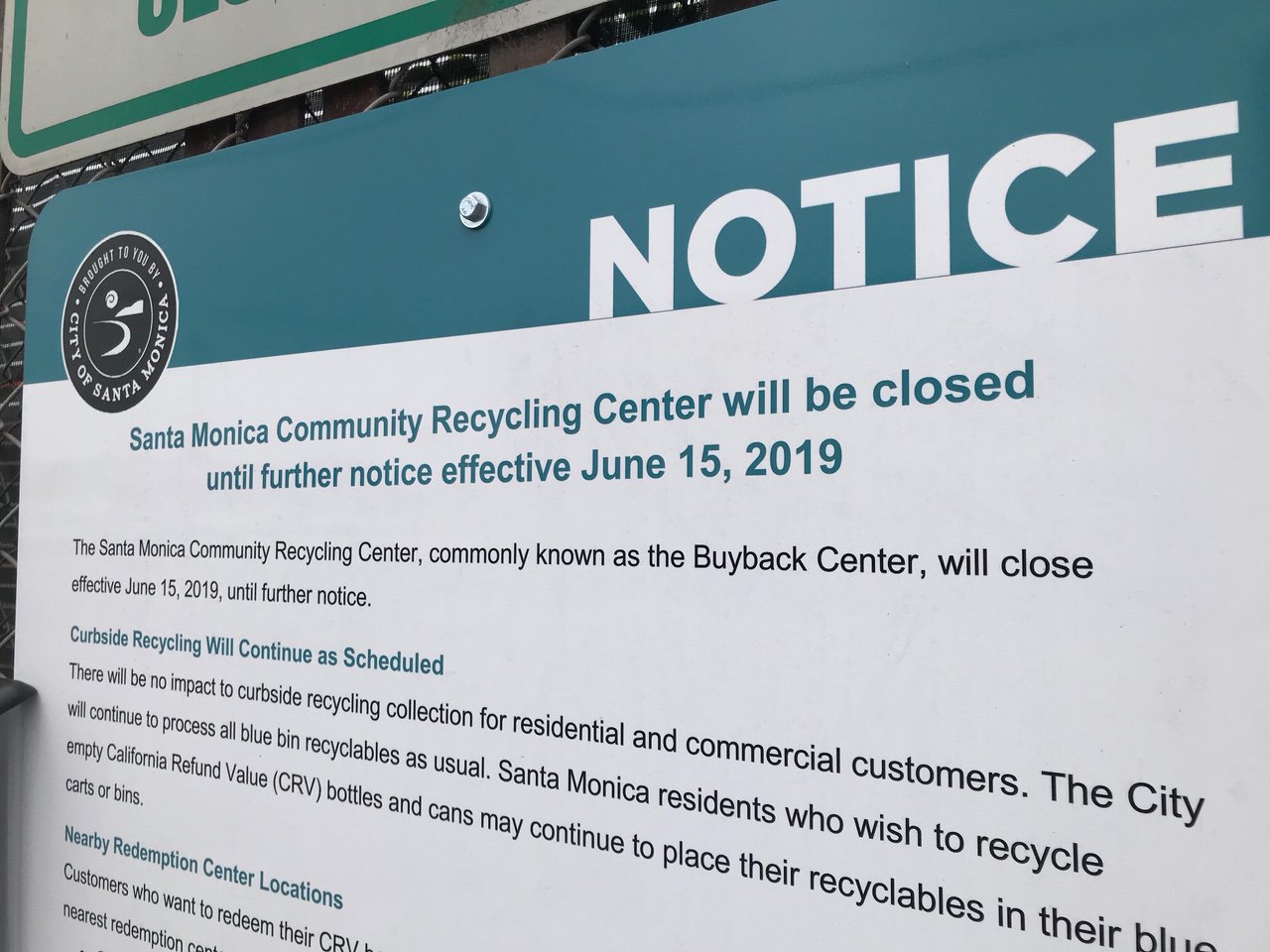 Los Angeles, CA — Consumer Watchdog said the closure of the largest operator of bottle redemption centers in the state, rePlanet, today requires the Governor to prioritize recycling reform in the coming months. rePlanet closed its last 284 centers today, leaving consumers with few places to receive bottle and can deposit refunds.

Consumer Watchdog called for CALRecycle, the state agency in charge of recycling, to immediately require every grocery and convenience store chain to begin redeeming bottles and cans.

“We warned just months ago that the bottle deposit program was in crisis and today’s closure shows consumers are being left in the lurch by the failure of the state to keep recycling centers open,” said consumer advocate Liza Tucker. “Governor Newsom needs to tackle this problem personally and make reform of the broken bottle deposit system a top priority this fall. CalRecycle has failed to deal with the problems we have raised and they have now become a full blown crisis for consumers and recycling in California.”

A March report by Consumer Watchdog found that consumers get only about half of their nickel and dime bottle and can deposits back each year, despite paying $1.5 billion in 2018.

The group recommends making it mandatory for bottles and cans to be redeemed at any retailer that sells them. Moreover, a survey by Consumer Watchdog found that two thirds of all retail stores that promised to recycle if redemption centers closed don’t follow though on their obligation.

Read the results of the audit here: https://www.consumerwatchdog.org/energy/consumer-watchdog-report-shows-…

Eight out of nine other states require beverage retailers to take empties back in store along with redemption centers. Some states make the beverage industry responsible for running the programs and offering consumers convenient ways to redeem empties.

“It is time for California to join other states and European countries that make bottle deposit systems work by making the beverage industry responsible for the products they make, package, distribute and sell,” Tucker said.

In the last five years, more than 40% of all redemption centers have closed. Consumer Watchdog and the Container Recycling Institute predicted in March that hundreds more closures were on the way due to severe underpayments by the state to support redemption centers in the face of plummeting prices for commodities such as aluminum and PET plastic. rePlanet has operated in California since 1984. At its peak, it operated more than 600 redemption centers. In 2016, it closed 191 recycling centers and let 300 employees go, leaving smaller California communities with no place for consumers to redeem empties.

One major reason for the closures is that the formula for calculating state payments to centers is fatally flawed, said Tucker. The recycling regulator, CalRecycle, averages costs to run centers across the state when operating centers in grocery store parking lots—a big consumer convenience—generally costs more. As payments shrink over time, centers fall into a death spiral and cannot afford to stay afloat in a brutal commodities market.

In addition, Tucker said that California allows waste haulers to collect bottles and cans in single recycling bins and redeem them for up to $190 million a year in consumer deposit money when haulers also hold lucrative trash hauling contracts at the same time.

“Waste haulers would like nothing better than to have redemption centers close and capture the whole stream of recyclable material,” said Tucker. “The problem is the contamination rates for materials in single bins is high, so they get paid consumers’ deposits for dirtying bottles and cans that go into landfills and incinerators that they control. If consumers could just take their empties to stores and redemption centers were everywhere, consumers would get their refunds, and we would have less litter and more recyclable material to make new bottles and cans.”

Cost to Californians $10 Trillion by 2045 From Oil And Gas, Consumer Watchdog Reveals in New Report
END_OF_DOCUMENT_TOKEN_TO_BE_REPLACED