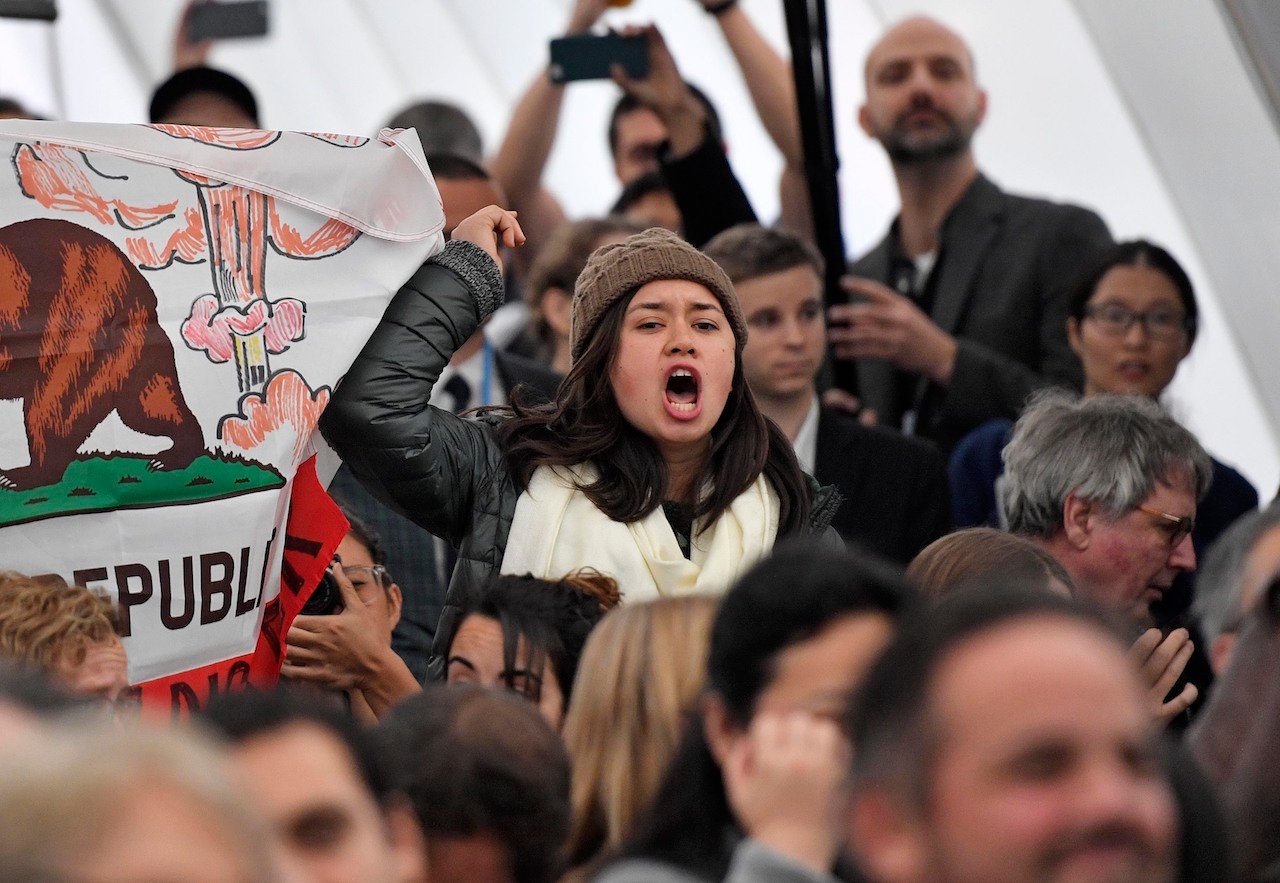 Santa Monica, CA — As protestors heckled Governor Jerry Brown during his tour abroad for failing to leave oil and gas in the ground, new scientific research shows that his signature greenhouse gas trading program to cut emissions is ineffective.

The nonprofit think tank Near Zero finds that California’s cap-and-trade system has not cut emissions in California. Instead, changes in the mix of sources generating electricity did the trick to cut emissions by nearly 5 percent in 2016. In fact, the group reported that last year emissions rose significantly in the transportation sector by 1.8 million tons and in the refining sector by 1.2 million tons. The group cautioned that the state “needs to reverse these trends…in transportation fuels and refining to reach its ambitious 2030 climate target.”

“Near Zero’s research shows that Governor Brown has to get serious about leaving gas and oil in the ground if he really wants to meet 2030 targets for slashing emissions by 40 percent below 1990 levels,” said Consumer Advocate Liza Tucker. “Rather than doing a victory lap around Europe right now, he should be pushing policies with real bite in slashing emissions, rather than letting the industry write the regulations on cap-and-trade for him.”

Using state data on emissions and on electricity, Near Zero found that most of the reductions were due to a resurgence of hydro power after the drought, and other renewable energy coming online under the state’s tough renewable energy standard, including solar power. But natural gas power use also rose after the closure of the San Onofre nuclear generating stations. Regulators have green-lighted or watched completion of 15 natural gas power plants since 2011, significantly contributing to an oversupply of generating capacity in the state that has been documented by the Los Angeles Times.

The current cap-and-trade program sets annual limits on pollution that are far above actual emissions, Near Zero found. Emissions were almost 60 million tons below the program’s 2016 cap. The result is an oversupply of allowances that keep the price of carbon so cheap that companies have little incentive to slash emissions. That build up of unused allowances enables polluters “to maintain their emissions farther into the future than post-2020 program caps might nominally suggest,” Near Zero wrote.

“While Governor Brown pushes market-based solutions in Europe that clearly aren’t working at home, the results back home show those solutions aren’t working because the approach is too lax,” said Tucker. “When California extended its cap-and-trade program this year through 2030, Governor Brown allowed the oil and gas industry to write the rules maintaining features like an overabundance of permits and other loopholes to ensure that the program just won’t have teeth.

“The oil and gas sector finds it cheaper to pay to pollute than to install equipment to prevent emissions. That kind of system will not help avoid disastrous levels of global warming because the power sector simply can’t deliver all that will be needed. But the cap-and-trade legislation may have been a thank you to the energy industry from Brown, who benefited from nearly $10 million in donations to his campaigns, causes, ballot measures, and to his party since his election in 2011.”

Moreover, the law extending California’s cap-and-trade program ties the hands of the Air Resources Board, directing it to regulate refineries only through cap-and-trade, and taking away authority from local agencies to directly regulate the sector. But it bans the ARB and other agencies from imposing new greenhouse gas emission reduction obligations.

For more on California’s system of cap-and-trade, click here.