The Price of Pickel: The LADWP's Ratepayer Watchdog Comes With A $7 Billion Price Tag 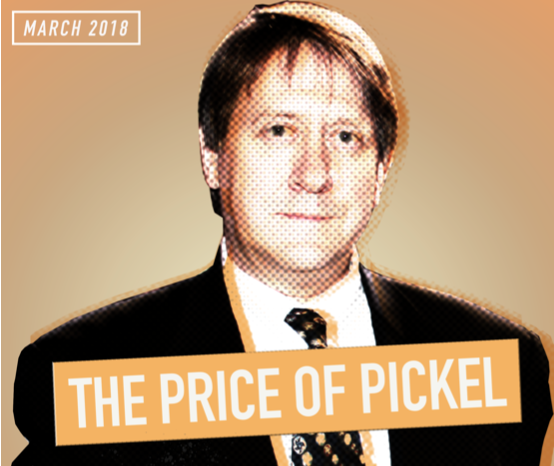 The Los Angeles Department of Water and Power (LADWP) is the largest, most powerful municipal utility in the country. For its first 110 years, the LADWP had virtually no independent voice to hold an opaque, mismanaged, and occasionally corrupt bureaucracy accountable. Voters finally revolted in 2011, approving a Charter Amendment that established the utility’s Office of Public Accountability and led to the appointment of its first ratepayer advocate. Six years later, that ratepayer advocate, Fred Pickel, is falling down on the job by putting political expediency before the interests of ratepayers.