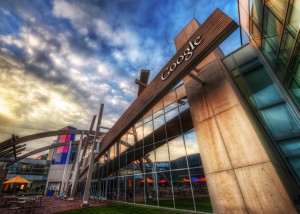 SANTA MONICA, CA – Consumer Watchdog today called upon the executives of Google and Facebook to testify at a Senate hearing next week – rather than hide – and explain their position that a key Internet law should not be amended so websites that facilitate online sex trafficking, like Backpage can be held accountable.

“Tech giants shouldn't hide behind their computers and refuse to look victims of online sex trafficking and their families in the eye, when they are spending millions on surrogates to stop accountability to those families,” said John M. Simpson, Consumer Watchdog’s Privacy Project Director.

The Senate Commerce Committee will hold a hearing Tuesday on the bipartisan Stop Enabling Sex Traffickers Act (SESTA) that would narrowly amend Section 230 of the Communications Decency Act. Axios reported that two Senate sources said Google and Facebook executives were invited to testify, but refused. Instead Abigail Slater, general counsel, for the Internet Association is scheduled to appear to oppose amending the law.

“Google and Facebook throw money around Washington like drunken sailors in their lobbying to influence policy behind closed doors,” said Simpson. “Why won’t Google’s Eric Schmidt, Larry Page or Sergey Brin and Facebook’s Mark Zuckerberg appear before Congress to explain and attempt to justify their position? What are they afraid of? They need to come out of their pampered Silicon Valley bubble and engage publicly.”

Many tech companies and other defenders of Section 230 claim it promotes and protects free expression on the Internet, but a U.S. Senate Permanent Subcommittee on Investigations staff report shows that websites like Backpage aid and abet under-age sex traffickers using the blanket protection of the Act. By one count 73% of child trafficking reports in the United States involve Backpage.

“Internet freedom must not come at the expense of children who are sex trafficked,” said Simpson. “Just as the First Amendment does not allow you to shout fire in a crowded movie house, or to assist hit men and drug dealers in their criminal activity, CDA Section 230 must not be allowed to protect an exploitative business that is built on child sex-trafficking.

The solid tech industry wall of opposition to SESTA is beginning to crack. This week 21st Century Fox joined Tech giant Oracle and CoStar Group in supporting the bipartisan bill.