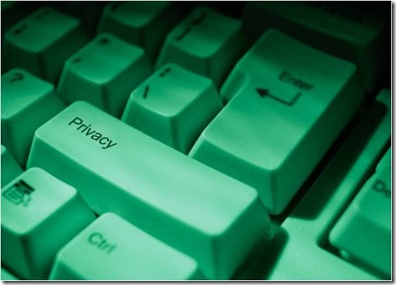 Consumer Watchdog believes consumers have a right to control personal information about them and how -- or if – the data is used by corporations.

Online, consumers should be able to use the Internet without their every move being tracked so they become targets of advertising or so corporate decisions about them are made without a their knowledge.

In the bricks and mortar world, banks and corporations should be required to get your permission before trading or selling private information such as Social Security numbers or account balances.

Medical databases must be protected so that our sensitive health information does not fall into the hands of health care corporations and drug companies interested in using the information for their financial gain.

As the Internet has become increasingly important in consumers’ daily lives, we have focused our recent privacy efforts on protecting consumers online. Consumer Watchdog has promoted federal online privacy legislation that would include a Do Not Track Me function and has worked to educate consumers about how Internet companies gather and use personal information.  We sponsored a Do Not Track bill in the California Legislature.

Rather than deal in abstract concepts, Our Inside Google Project focused on Google as the company that has come to dominate consumers’ use of the Internet.

We have attempted to convince Google of the social and economic importance of giving consumers control over their on-line lives. By persuading Google, the Internet’s leading company, to adopt adequate privacy guarantees, we believe its policies could become the gold standard for the industry, improving the behavior of the entire online sector.

The Privacy Project has now moved beyond the focus on Google as we have begun exposing and confronting the abuses of other online companies such as Facebook.

Traffic Report
How Google is Squeezing out Competitors and Muscling Into New Markets
http://insidegoogle.com/2010/06/google-using-search-engine-to-muscle-into-internet-businesses-study-finds-2/

Lost in the Clouds
Google and the U.S. Government
http://insidegoogle.com/wp-content/uploads/2011/01/GOOGGovfinal012411.pdf

Google Wi-Spying Hit Congress
Google’s Wi-Spy snooping could have sucked up and recorded communications from members of Congress, some of whom are involved in national security issues.
http://insidegoogle.com/wp-content/uploads/2010/07/Driving-Report-v2.pdf

“The Case Against Google”
John M. Simpson calls for antitrust investigation of Google at news conference at the National Press Club, Washington, DC, April 21, 2010. Other speakers were Joseph Bial, special counsel at Cadwalader, Wickersham & Taft, who represents myTriggers.com and TradeComet.com.; Simon Buckingham, a New York based Internet and mobile entrepreneur; and Gary Reback, an attorney with Carrell & Ferrell and a founder of the Open Book Alliance.

Consumer Watchdog asks White House Counsel to rule administration must distance itself from Google, June 24, 2011
Executives should not attend White House functions while company is under federal investigation
http://www.consumerwatchdog.org/resources/ltrruemmler062311.pdf