By Paul A. Eisenstein, THE DETROIT BUREAU

With Congress seemingly deadlocked over proposed federal guidelines for autonomous vehicles, the Trump Administration has rolled out plans of its own – but they call for the industry to stick with its own voluntary standards.

The announcement by Department of Transportation Secretary Elaine Chao fell short of what auto manufacturers and tech firms had been hoping for: uniform guidelines that would supersede often conflicting state regulations that have complicated efforts to openly test self-driving vehicle technology on public roads and eventually putting autonomous cars and trucks into production.

Speaking at the annual Consumer Electronics Show in Las Vegas, Chao unveiled what she called “AV 4.0,” asserting that the guidelines will help ensure that the U.S. remains the leader in autonomous technology. But the proposal does not actually deliver on the uniform standards widely sought at both the federal and private industry level.

The National Transportation Safety Board, for one, said the lack of a national standard has complicated the developed effort. Congress has been debating such a measure for several years but has repeatedly failed to find a compromise plan creating a gap that many advocates had hoped the Trump Administration would fill.

Nonetheless, Chao insisted that what the White House did come up with would meet “simple, clear and consistent” goals to “improve safety, security and quality of life for all Americans.”

AV 4.0, she said, would standardize efforts by 38 different federal departments and agencies, with an emphasis on safety, while also working together on security and cybersecurity.

That said, the plan offered few specific details, relying, instead, on “voluntary consensus standards (which) can be validated by testing protocols…supported by private sector conformity assessment schemes and (which) offer flexibility and responsiveness to the rapid pace of innovation.”

An irony of the White House’s relatively laissez faire approach is that the auto and tech industries, which traditionally prefer limited government intervention, have actually sought federal action on autonomous vehicles. Currently, they have to adapt to a variety of different state and local standards that can complicate development efforts, especially when this involves testing on public roadways.

A number of states now allow that, though they handle testing in different ways. Texas has effectively sidestepped the need for specific autonomous vehicle regulations, while California has strict guidelines that, among other things, require detailed reports whenever a vehicle prototype malfunctions. That can involve not only a crash but a situation where a human is required to take control when a vehicle drops out of autonomous mode.

Proponents of the technology had hoped that federal rules would make it possible to begin testing tens, perhaps even hundreds of thousands of autonomous vehicles on public roads over the next few years. But critics have pressed Washington lawmakers to be more cautious and restrictive. Consumer Watchdog, a public advocacy group based in California, had warned that lawmakers should not create rules that would turn the public into “human guinea pigs” vulnerable should an autonomous prototype malfunction.

Voluntary industry guidelines have not been well received by industry advocates.

“Manufacturers are not going to be objective in evaluating their own safety assessments,” Robert Sumwalt, the Chairman of the NTSB, told a Senate panel during hearings last November. “There needs to be a federal look at these assessments to make sure that they are done properly.”

The new AV 4.0 guidelines don’t do much better, according to Cathy Chase, president of the non-profit Advocates for Highway and Auto Safety. Calling the proposal a “regurgitation” of what is already in place, something “high on promises and light on detail,” Chase said Chao’s proposal would allow “a science experiment playing out in real time on our roadways without any safeguards or assurances.” 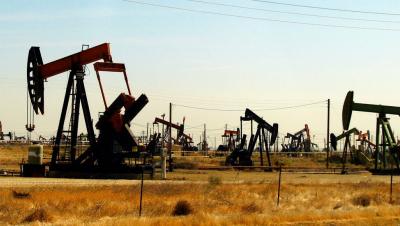