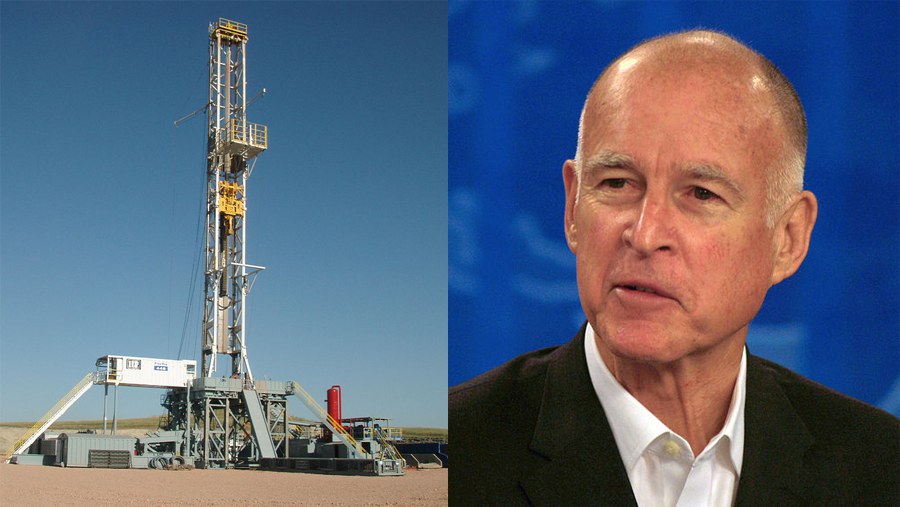 Santa Monica, CA — Governor Brown’s sister Kathleen was paid $122,667 in 2016 as a member of the board of Five Point Holdings, a developer about to benefit from Governor Jerry Brown’s signature on a bill crafted to ensure that its controversial planned community called Newhall Ranch has plentiful access to water in a thirsty desert, Consumer Watchdog said today.

“It’s outrageous that the Governor would consider signing legislation that benefits just one company, let alone one where his sister sits on the Board,” said consumer advocate Liza Tucker. “Governor Brown should veto the legislation. Unfortunately, this could be just the latest in what looks like a pattern of companies paying Kathleen Brown to be a director and benefiting from that association.”

Kathleen Brown joined the board of Sempra Energy, owner of Southern California Gas and of San Diego Gas & Electric, in 2013 and has been paid $1 million for her work. Brown’s regulators at the Division of Oil, Gas and Geothermal Resources approved the reopening of the Aliso Canyon natural gas reserve before revealing what caused the biggest methane well blowout in US history or who was responsible. Brown’s PUC concurred in that decision though the well is not needed for energy reliability and residents who live near the damaged well continue to report illnesses.

For more on Kathleen Brown, Sempra, and how the company has benefited, see: http://www.consumerwatchdog.org/PowerPlay

The Newhall Ranch development will be one more source of revenue to feed Brown’s massive pet Twin Tunnels project routing Sacramento River water under the San Francisco Bay Delta to the South. The tunnels will endanger the environment, cost billions more than necessary to shore up infrastructure, and bring no additional water to Los Angeles, said Tucker.

The legislation, SB 634, specifically authorizes the reconstituted agency to “acquire water and water rights, including water from the State Water Project…” which is supposed to pick up 55 percent of the tunnels’ cost.

“Kathleen Brown’s presence on the board, acknowledged in a Five Point Holdings summer 2017 prospectus filed with the SEC, may have been one reason that the legislation was introduced,” said Tucker. “Her presence on various boards, including Sempra Energy which is pushing for Southern California ratepayers to finance a giant natural gas pipeline to export liquid natural gas abroad, raises questions about whether the public’s business is really about the business of corporations at public expense.”

Kathleen Brown is a partner in the government and regulatory practice of the powerful lobbying and legal firm of Manatt, Phelps & Phillips.

The Newhall Ranch community, first proposed in the 1980s, is slated to be built in northern Los Angeles County and will provide 21,500 houses and more than 11 million square feet of commercial space house, as well as golf courses, schools and recreational centers along the Santa Clara River. The project has raised questions about where water will come from to feed such a dense community, and the additional pollution and urban sprawl that it will create far away from regional job centers. Five Point is also developing communities around Great Park in Orange County and at the San Francisco Shipyard and Candlestick Point.

SB 634 would merge the Newhall County Water District with the much-larger Castaic Lake Water Agency to create the Santa Clarita Valley Water Agency that would feed surface, ground, and recycled water to a sprawling new development planned by Five Point. The legislation abolishes the right of taxpayers to vote on any such dissolution or merger of the Newhall County Water District, which residents have protested.

The project was stalled by environmentalists filing legal challenges, but a settlement was recently reached with some of the groups when Five Point agreed to provide about $25 million for conservation efforts aimed at protecting a rare fish, and to fund a cultural center on ancestral Indian lands.