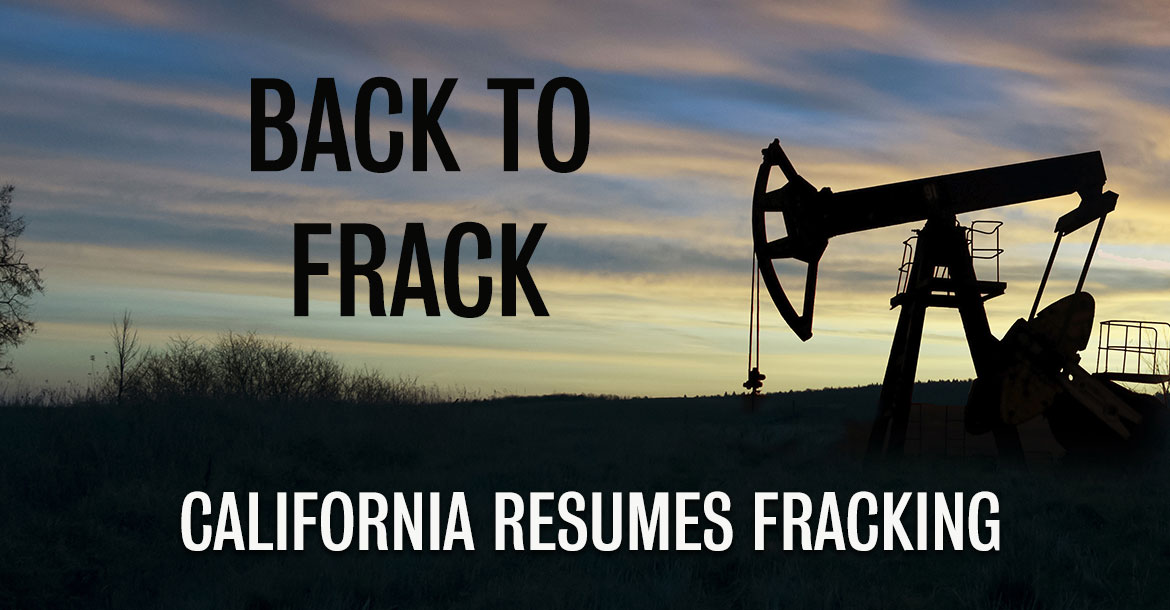 As if California has not had enough bad news, fracking is now back.

The newly-named Cal-GEM or California Geologic Energy Management Division, late Friday and under the cover of the Covid-19 crisis, approved two dozen fracking permits, the first since Governor Newsom froze all fracking in the state last summer.

That was when consumer advocates informed him that top oil regulators held stock in the companies they regulated.  Newsom froze the fracking and cleaned house of the top oil deputies while the state's political watchdog pursued an investigation of the oil-invested regulators.

Now the new oil bureaucrats decided to unfreeze the first fracking permits at a time when few were watching. It's a telling sign that Cal-GEM may have changed its name but that it still sees its client as the oil industry.

With the entire state shut down and kids out of school, what purpose could approving these fracking permits have now other than to do a solid for the oil industry when no one is watching?

What pebble minded bureaucrat decided that as we hunker in our homes trying to avoid a plague that it was time to bring fracking back?

The urgency is in stopping fracking, which pollutes the air and puts people living near fracked wells in higher jeopardy of contracting Covid 19.

In fact, a new study from Harvard School Public Health, released just days after regulators approved the permits, found the correlation between air pollution and greater susceptibility to death from the virus.

“This study provides evidence that counties that have more polluted air will experience higher risks of death for Covid-19,” said Francesca Dominici, a professor of biostatistics at Harvard who led the study. These counties “will be the ones that will have higher numbers of hospitalizations, higher numbers of deaths and where many of the resources should be concentrated.”

The permits were issued in Kern County, one of the places tagged by the researchers as a hot bed for increased hospitalizations due to increased air pollution.

The study was the first to link particulate matter stirred up by fracking, refining and transportation to death from Covid 19.

The Cal-GEM permits were nothing less than a Pearl Harbor attack on the environment and those forced to breathe polluted air.

Fracking should not be revisited on the public under the cover of crisis.  The Governor should see that and reverse his regulators, or his offices will have been used to abet the oil industry at the expense of the public’s interest.

Making this more of a priority for Newsom, perhaps, is the fact that his regulators chose to open California back up to fracking right on the very day that New York's legislature chose to ban fracking..

Apparently, Fridays in the heat of a crisis aren't always good days for dropping bad news.

Newsom, who pledged to ban fracking when becoming Governor, has to ask himself whether he wants this oil on his hands. Are the permits worth the stain?

Families Harmed By Medical Negligence To Testify Doctor-Run Medical Board Is Not Protecting the Public from Harm, Call for Public Member-Majority Board
END_OF_DOCUMENT_TOKEN_TO_BE_REPLACED