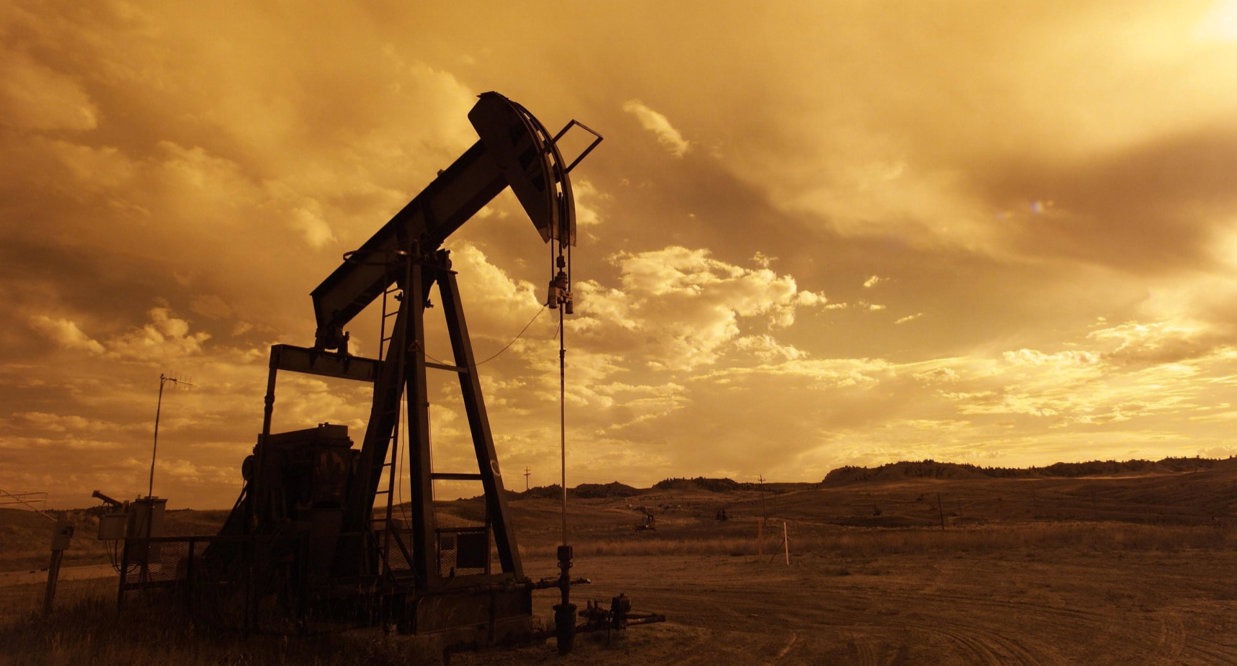 The overall number of oil and gas permits approved under Newsom now totals 9,014 since he took office in January 2019, according to NewsomWellWatch.com, which is run by the groups and maps all California oil wells, with just 1,019 permits approved, by comparison, in the first six months of 2021.

“The market is the single most important factor suppressing permit applications, but Governor Newsom is also sending the oil industry the right signals by rejecting fracking permit applications and announcing an end to fracking by 2024,” said Consumer Advocate Liza Tucker. “Governor Newsom now has a golden opportunity to seize the moment and come forward with a decisive transition plan off of fossil fuels that includes switching oil workers away from production toward desperately needed well remediation.”

“Overall, rates of both permit approvals and counts of permit applications to drill new wells have dropped in 2021,” said Kyle Ferrar, Western Program Coordinator at FracTracker Alliance. “While the market traditionally drives permit application counts, Governor Newsom now has the opportunity to reduce the expansion of oil extraction. Starting with a responsible setback for Frontline Communities of at least 2,500 feet from drilling operations, Newsom can limit new drilling and begin California’s transition away from the stranglehold of big oil.”

The biggest drop in approvals was for new oil and gas production wells and for new wells using more dangerous “enhanced oil recovery” techniques such as cyclic steaming and steam flooding. Those combined approvals fell 83%. (See Table 1 below.) Permit approvals to rework wells, including re-drilling, unclogging, and deepening, fell 36%. Combined that meant CalGEM approved  64% fewer permits across the board in the first six months of 2021 than last year.

The biggest decrease in permit applications was for drilling new oil and gas wells. Such applications dropped by 70%, while all applications fell 52%. (See Table 2.)

Well reworks include re-drilling, repairing, and adding boreholes to existing wells.According to a chart of weekly permit application submissions for the first six months, permit applications plunged in mid-March when Newsom issued a Covid stay-at-home order and never recovered, with an uptick visible only in the last two weeks of June. (See Table 3.) 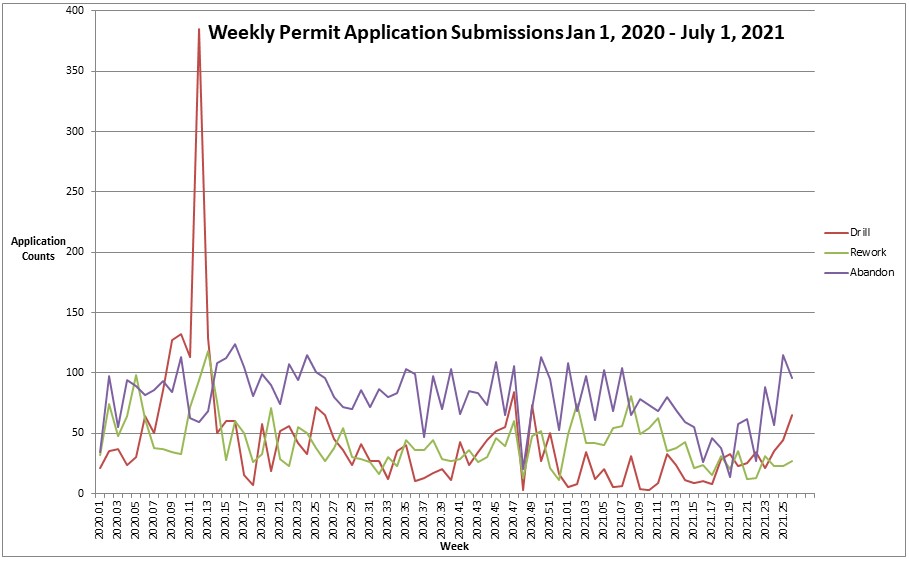 Courtesy of FracTracker Alliance An alysis of CalGEM Data

The pandemic and increasing pressure from environmental and corporate governance advocates, as well as shareholders and investors has created wind shear on rising permit applications, said Tucker.  Last month, Reuters reported that Shell plans to exit Aera Energy—its California joint venture with Exxon Mobil. Aera produces about 25% of the state’s oil and gas. Shell has already sold off all of its California oil refining operations, some of which were connected by pipelines to fields.  As oil prices have gradually risen this year, increasing numbers of oil producers are putting assets up for sale as investors pressure them to cut fossil fuel investments in favor of renewables.

California jurisdictions are not waiting for action from Governor Newsom.  Culver City recently voted to phase out drilling and clean up wells in the Inglewood Oil Field within its borders by 2026. The Inglewood Oil Field is 18th largest oil field in the state and the second-most productive in the Los Angeles Basin.

In addition, the City of Los Angeles is currently considering zoning regulations to phase out oil drilling in the face of a five-year grassroots campaign led by communities affected by oil drilling and environmental advocates. The City Council is also pressuring CalGEM to close the Aliso Canyon gas storage facility in Porter Ranch that caused the biggest methane well blowout in U.S. history in 2015.

This month, an LA County Superior Court judge ordered the oil industry to pay more than $1.2 million in legal fees to three environmental groups—Youth for Environmental Justice, the South Central Youth Leadership Coalition and the Center for Biological Diversity—and to pay over $1 million to the City of Los Angeles for bringing a retaliatory suit against the groups after they won protection from the city against neighborhood drilling. In 2019, a California appeals court dismissed the suit as a baseless attack on the groups. The LA County Board of Supervisors is also considering addressing the glut of marginally producing and idle wells in unincorporated areas of the county.

“These developments are putting the oil industry on notice that they no longer have carte blanche to pollute as they please and that policymakers and communities are going to rightly limit their extraction activities to protect public health and the environment,” said Tucker.

Cost to Californians $10 Trillion by 2045 From Oil And Gas, Consumer Watchdog Reveals in New Report
END_OF_DOCUMENT_TOKEN_TO_BE_REPLACED