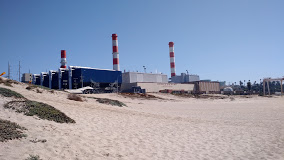 Consumer Watchdog welcomed an announcement from Los Angeles Mayor Eric Garcetti to abandon plans to rebuild three gas-fired power plants along the Los Angeles coastline. The announcement came after years of battle between the Los Angeles Department of Water and Power and a coalition of environmental and community groups that objected to rebuilding the plants because of their health, climate, and cost impacts.

In recent weeks, community members became concerned about Mayor Garcetti brokering a deal to rebuild some of the power plants in exchange for increasing renewable generation. With rumors swirling and opponents ready to fight, the final direction of the Mayor’s decision finally became clear late last week.

Amidst a barrage of DWP-funded consultant reports pushing a rebuild, independent energy expert Bill Powers produced a review of DWP documents illustrating that rebuilding the gas-fired plants, estimated to cost approximately $2 billion, would be unnecessary and that DWP should invest in battery storage instead.  Powers concluded, “Battery storage can now compete effectively with peaking gas turbine power plants on performance and cost. It can also do what gas turbines cannot do – absorb and discharge solar power and other forms of renewable energy.”

Thankfully, DWP commissioner Aura Vasquez raised concerns and was an effective advocate for the public. Noticeably silent was Los Angeles Ratepayer Advocate Fred Pickel, who once again failed to advocate for ratepayers.

Mayor Garcetti was joined at his press conference by City Councilmembers Koretz and Bonin who had stood with the community on opposing the DWP rebuild plan from the start. Consumer Watchdog will monitor progress and support efforts to get Los Angeles to replace its fossil fuel based energy with 100% renewable power.

Cost to Californians $10 Trillion by 2045 From Oil And Gas, Consumer Watchdog Reveals in New Report
END_OF_DOCUMENT_TOKEN_TO_BE_REPLACED