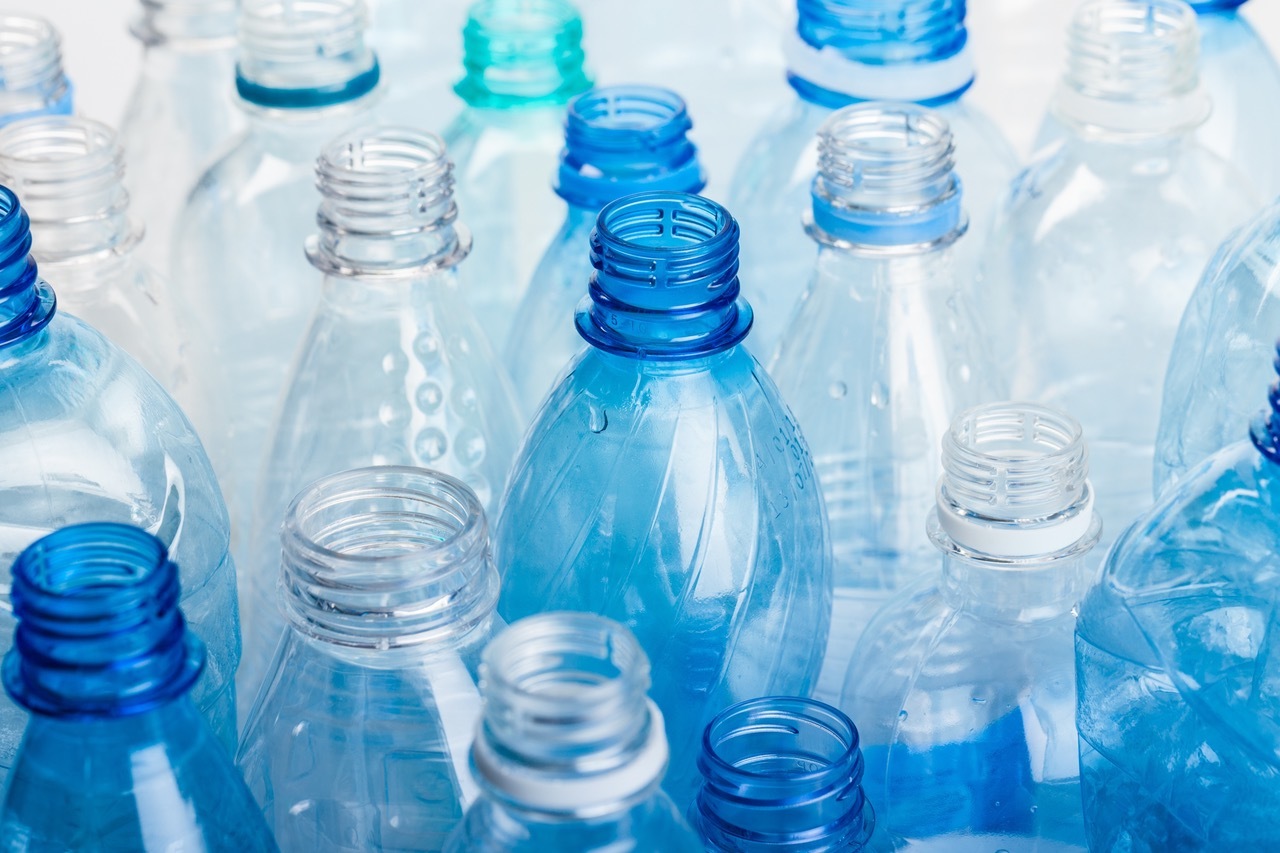 Los Angeles, CA— With redemption centers closing at a record pace, now major supermarket chains that must choose to either redeem bottle deposits in store or pay a daily fee to the state are buying their way out of in-store redemption in record numbers.

75% of Whole Foods Market stores have opted out of having to recycle. With few places to get their bottle and can deposits returned, California’s redemption rate for 2020 has sunk to a low of 58%, leaving it third to last among ten bottle deposit states.

The collapsing bottle deposit system is why eight consumer and environmental advocacy groups are supporting legislation, SB 38 (D-Wieckowski), to transform the system into one that assigns responsibility for recycling to the beverage industry for an 85% redemption target.  The bill will have its first hearing in Senate Environmental Quality Committee Monday morning.

“It’s particularly egregious that grocers with green reputations, such as Whole Foods Market and Trader Joe’s, are paying greenbacks to get out of refunding consumer CRV deposits and recycling,” said Consumer Advocate Liza Tucker. “Letting them and other major chains such as Costco out of recycling defeats the whole purpose of the bottle deposit system and is another the reason why our redemption rate for all of 2020 has hit 58%.  It’s time we set an 85% redemption rate and required the beverage companies who make money off the system to meet that target.”

In 2020 consumers got back little more than half of the nickel and dime deposits they paid into the system totaling $1.43 billion. Watch Consumer Watchdog explain the problem here.

“Your bill is squarely in keeping with Governor Gavin Newsom’s goal of building a circular economy in California,” the groups wrote in a letter to Senator Wieckowski. “The Governor’s newly released budget directs CalRecycle to focus on ‘creating a true circular economy that recognizes waste as a potential economic resource to be reduced, reused or remanufactured into new products.’”

“That is why we support the central aim of SB 38, which is to create an Extended Producer Responsibility program requiring beverage makers in the state to form a beverage container stewardship organization under CalRecyle oversight. We know that when the beverage industry takes responsibility for recycling their beverage wrappers, redemption rates rise based on best practices in eight other bottle deposit states.”

The support for structural reform comes at a time when:

The most successful bottle deposit programs in other states put responsibility onto the beverage industry for recycling, which leads to widespread consumer access to redemption services through technological modernization and higher redemption rates of up to 89%. SB 38 provides for a system in which a beverage consortium would craft and run the system and CalRecycle would approve and oversee that system to ensure that a goal of 85% redemption was met and any left-over deposits were used to improve the system. 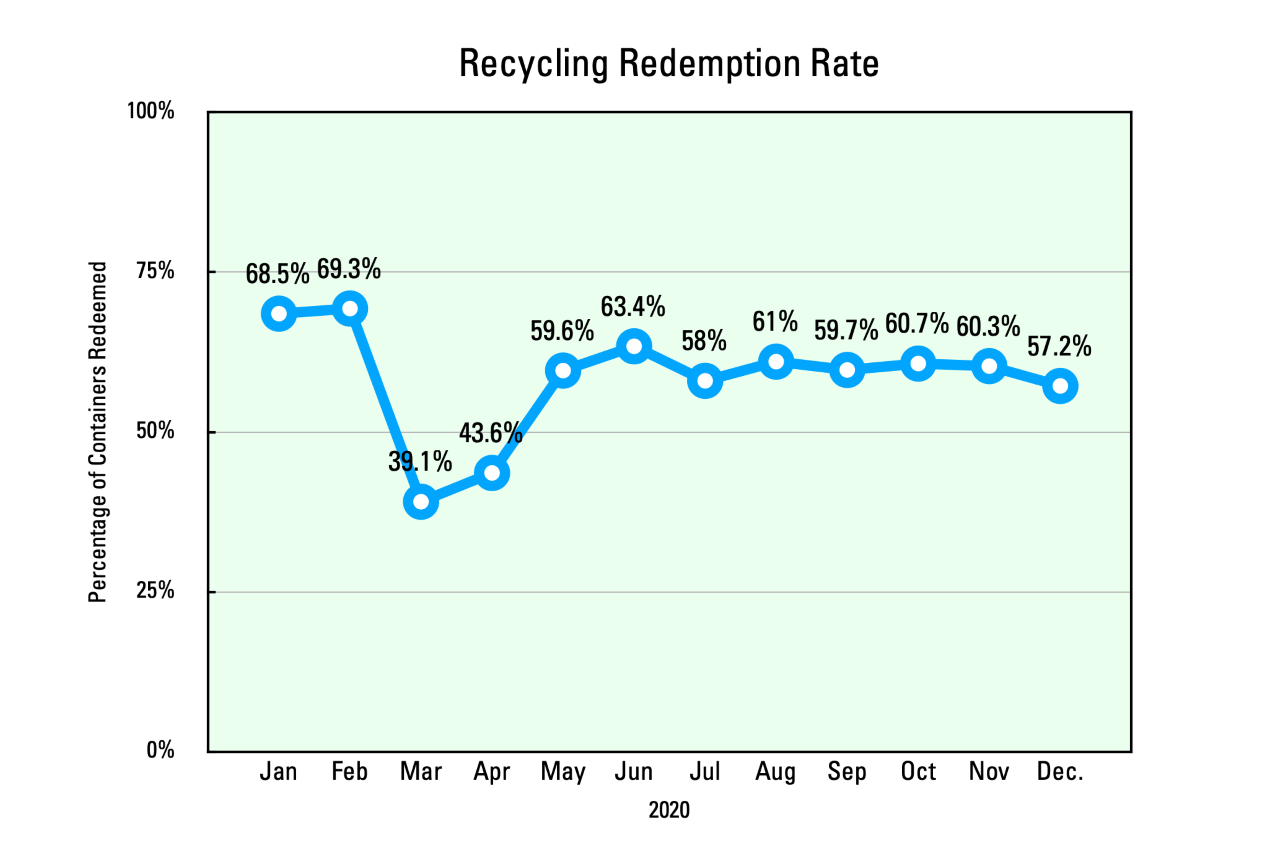 Meantime, severely restricted access to redemption meant that consumers got back $44 million less in 2020 deposit refunds over the year before. The fund of unredeemed deposits at CalRecycle has swollen since July 2019 by $152 million to a total of half a billion dollars or more built up over years. That money, said Tucker, should be spent on behalf of consumers to build a modern architecture for convenient bottle returns at redemption centers, supermarkets and other venues such as airports that would feature reverse vending machines and spit out credit and automated bag drop systems that take empties and issue credit. 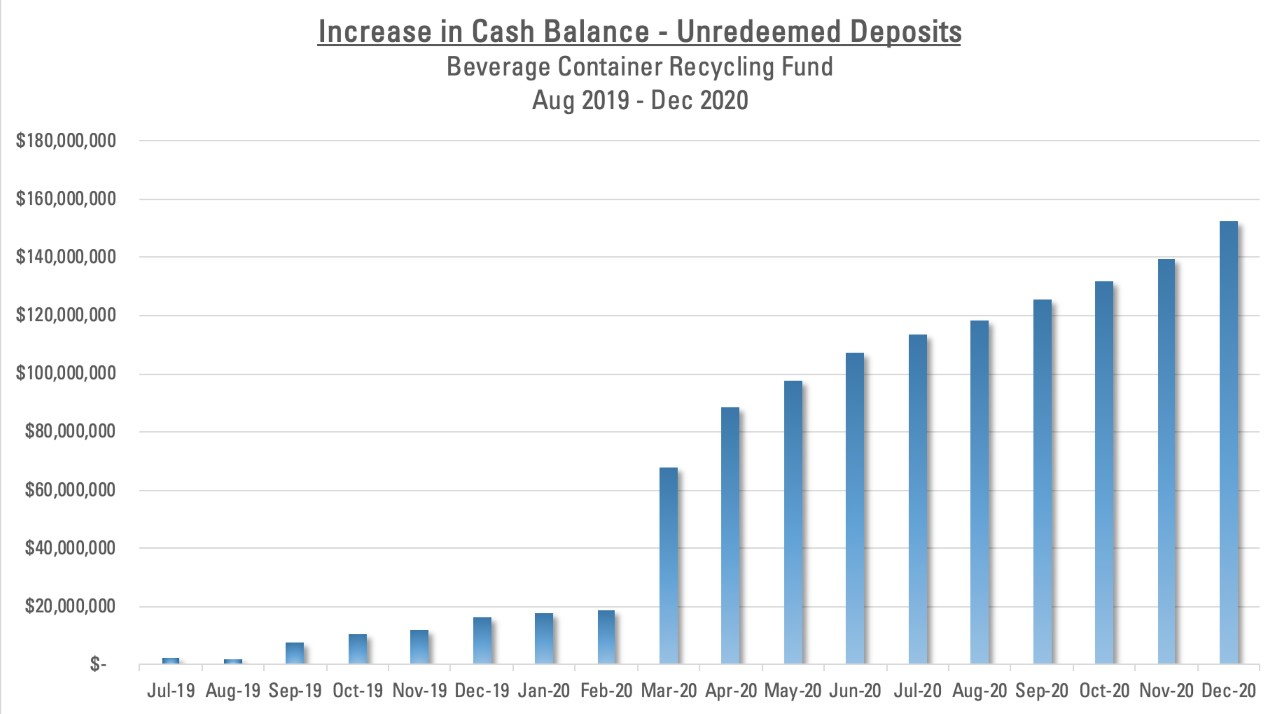 For more, see Consumer Watchdog’s reports, Half A Nickel and Trashed at: https://www.consumerwatchdog.org/reports

The state’s 1986 bottle law created a system of roughly 4,000 “convenience zones” where supermarkets were to help establish an independent redemption center to take empties and refund deposits. In zones with no redemption centers, stores were supposed to sign up to be recyclers of last resort or choose to pay $100 a day to get out of the obligation, which totals $36,500 a year.

“We need supermarkets to step up and perform their legal obligation as recyclers of last resort more than ever as these centers close,” said Tucker. “The bottle deposit system is imploding. We have less than half the number of redemption centers than in 2013, and the state is allowing grocery stores to turn their backs on consumers, depriving them of ways to get back more than half a billion dollars in nickel and dime deposits each year.”

The bottle bill has been amended 75 times since its passage in 1986, and the time for incremental fixes favoring industry over consumers is over, said Tucker. In a Consumer Watchdog podcast, Senator Wieckowski said only major reform will fix the system’s problems.

“The ethos in California is very high for environmental awareness but the practicality is that we have fallen behind many countries and many states,” Senator Wieckowski said in a recent Rage for Justice podcast. “Rather than trying to put the 76th Band Aid onto the problem, we decided to go with a better model for extended producer responsibility and have the people who make the bottles be responsible for recycling them.” Listen to the podcast here: https://soundcloud.com/consumerwatchdog/solving-californias-bottle-and-can-recycling-problem

As the redemption rate for 2020 settled at an average 58%, CRV beverage sales grew by 8.6%, partly due to the pandemic that kept consumers at home rather than going out to bars and restaurants. But returns of empties fell 2.7% because there were fewer and fewer places for consumers to redeem deposits.  That meant more containers went into haulers’ recycling bins, enriching them by $16.5 million more in state payments over the year before.

Families Harmed By Medical Negligence To Testify Doctor-Run Medical Board Is Not Protecting the Public from Harm, Call for Public Member-Majority Board
END_OF_DOCUMENT_TOKEN_TO_BE_REPLACED