By The Office of Governor Gavin Newsom

“Big oil is ripping people off at the pump, and they’re making more in profits off of Californians than in any other state – that’s why we need a price gouging penalty to hold them accountable and get these profits into your pockets,” said Governor Gavin Newsom.

According to PBF Energy’s Q3 financial report, the refining company’s profit jumped from $59.1 million at this time last year to $1.06 billion – an increase of nearly 1700%. And, Shell increased profits from $4.1 billion last year to $9.45 billion, with $4 billion going toward stock buybacks that benefit Wall Street shareholders.

According to a report from Consumer Watchdog, PBF Energy makes 56% more in profits off of Californians compared to the rest of the nation:

“PBF reported making 78 cents per gallon refining crude oil into gasoline in California in the third quarter – the greatest raw profits anywhere in the nation or world. By contrast, PBF’s profits per gallon were 48 cents on the Gulf Coast, 49 cents per gallon on the East Coast, 55 cents per gallon in the Midwest – an average of 50 cents across the rest of America.”

Earlier this week, Valero also posted record profits, up more than 500% to $2.82 billion compared to the year prior at $463 million.

These record profits came as Californians saw price hikes at the pump despite the cost of crude oil going down and no change in state taxes or fees. Instead, the cost of gasoline skyrocketed purely because refineries wanted to put more in their own pockets: 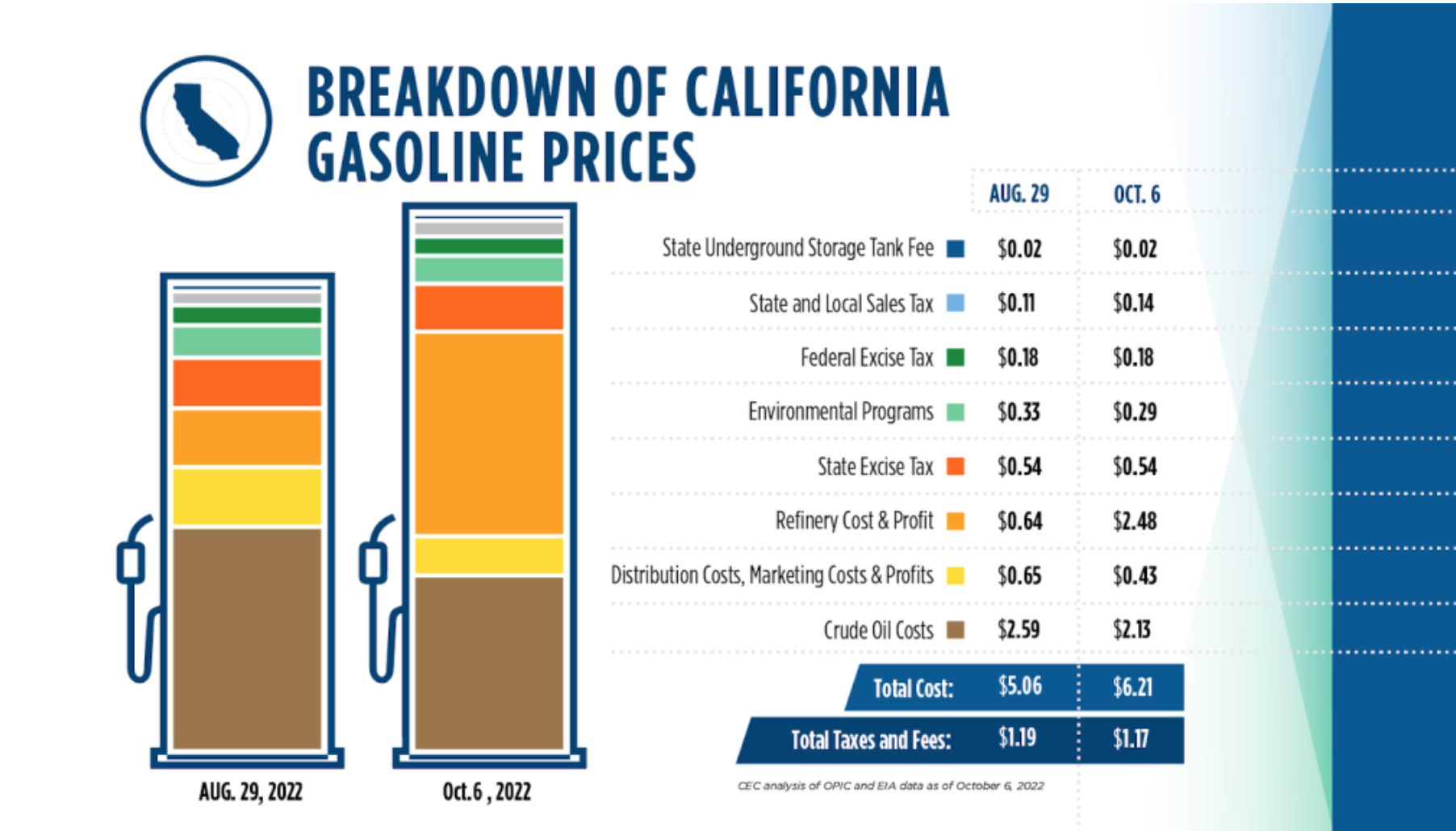 Governor Newsom has taken action to lower prices at the pump, ordering the switch to winter-blend gasoline and demanding accountability from oil companies and refiners that do business in California, leading to record relief at the pump for consumers. Since California’s record high gas prices of $6.42, the Governor’s actions have reduced those prices to $5.64 most recently – a decrease of 78 cents.