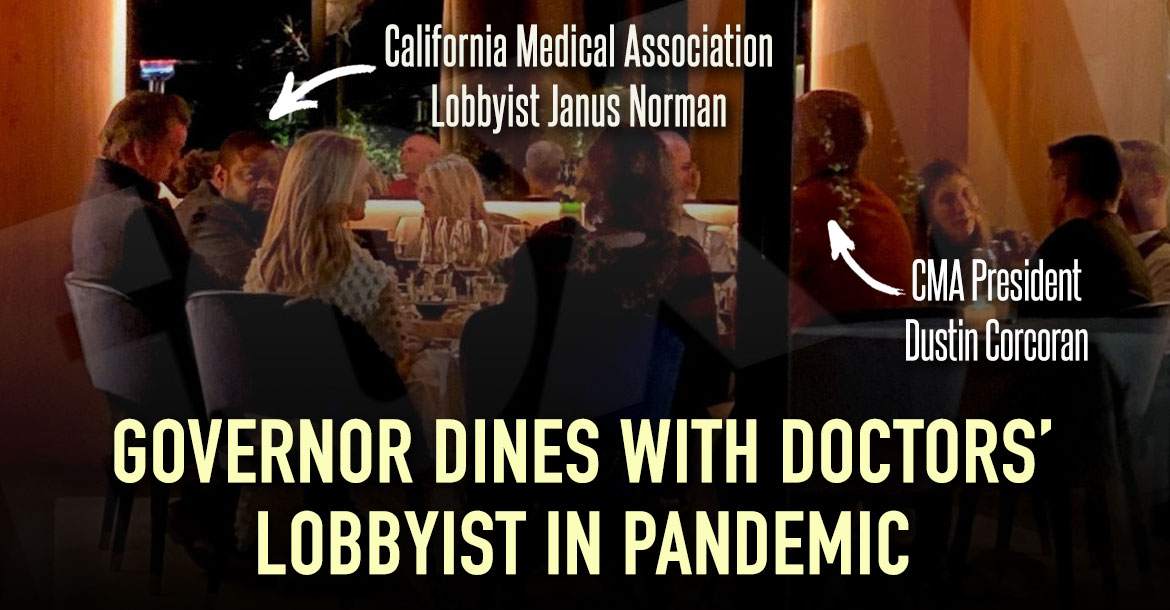 Los Angeles, CA -- Charles Johnson, husband of a black woman who died in childbirth and a patients’ rights leader, was terribly disappointed at pictures showing Governor Gavin Newsom at the infamous French Laundry dinner unmasked and undistanced with the head of the California Medical Association Dustin Corcoran, his wife and CMA lobbyist Janus Norman.  The dinner was a birthday party for Justin Kinney, the Medical Association’s highly paid consultant.

Johnson is chair of the Fairness Act, a California ballot measure updating  a compensation cap placed on injured patients in 1975 that has qualified for the 2022 ballot.

“The head of the doctors lobby should know better than to be at an undistanced, unmasked dinner in the middle of a pandemic,” said Johnson. “We are terribly disappointed that our multiple requests for a meeting with the Governor have been denied for nearly a year after announcing the Fairness Act initiative and yet the Governor is ear to ear with the Medical Association and their lobbyists in the middle of the pandemic.  It’s no wonder that the cap for patients to recover for medical malpractice hasn’t gone up since 1975.  Patients need a seat at the table. We hope the Governor will give injured patients who’ve lost loved ones the same consideration he is affording these powerful lobbyists and their fixers.”

Watch a recent KGO story about the racial justice import of Johnson’s story and his campaign.

See the story about the photo obtained by Fox 11 LA.

Johnson's first request to meet with the Governor was made when Johnson and his group launched the Fairness Act campaign at Frank Fat’s restaurant last December. Ironically, the event at Fat’s, where the patients rights’ compensation cap was locked in law on the back-of-a-napkin deal in 1987, was meant to denounce a back room dinner where the interests of real people are betrayed.

Johnson renewed his request to meet with the governor, over Zoom to comply with COVID social-distancing protocols, last month. Neither meeting was granted.

“The French Laundry Affair is a symbol as much as the napkin hanging on the wall of Frank Fat’s  of the power and influence of the medical insurance complex to deny patients their rights,” said Johnson. “The Fairness Act will set this straight and we hope the Governor will give it a fair hearing despite his dinner guests.”