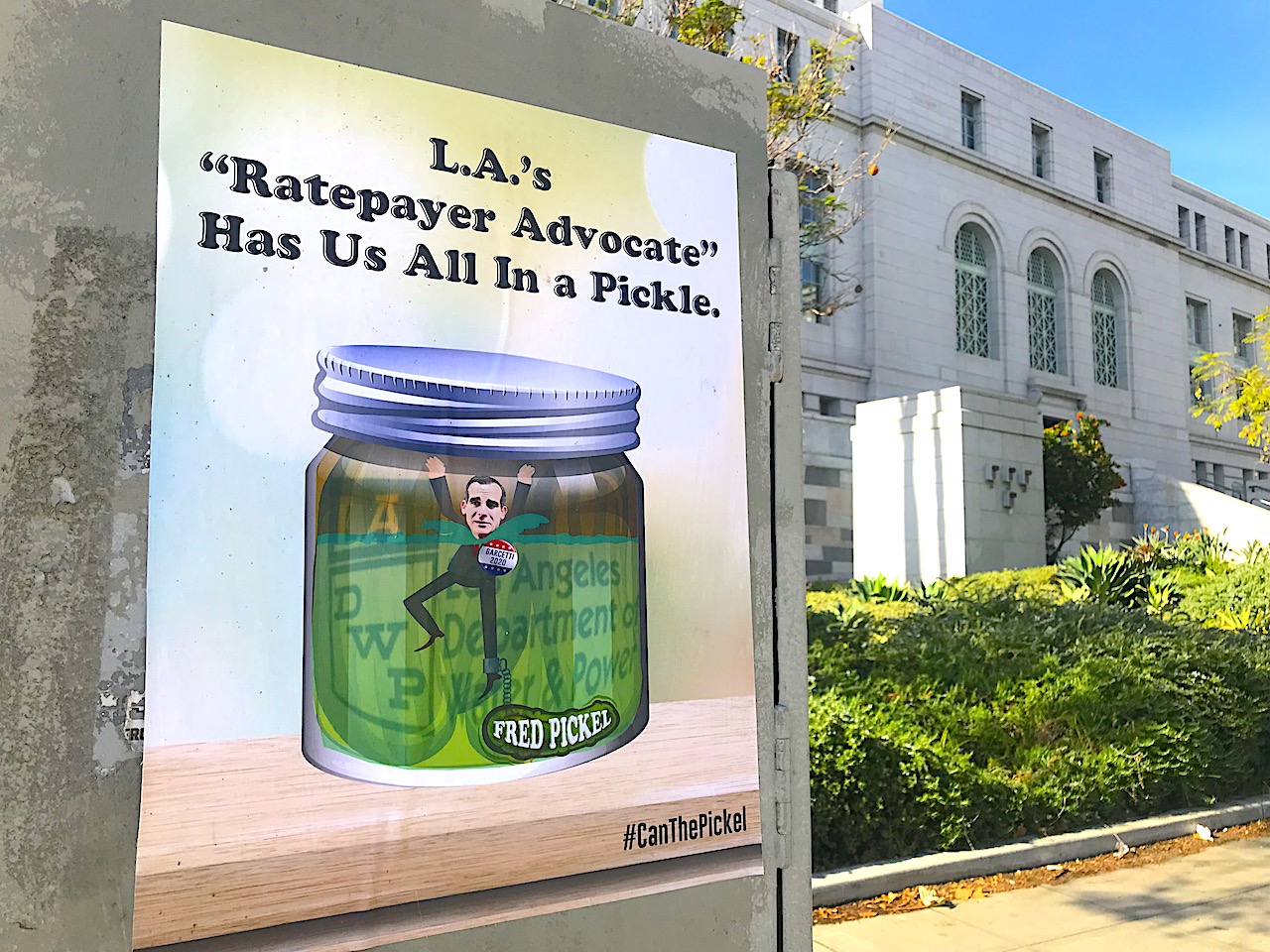 Los Angeles, CA – Consumer Watchdog called on Mayor Garcetti to support a new city council motion by council members Koretz and Bonnin requiring a job review for the DWP Ratepayer Advocate Fred Pickel before his rehiring to the $298,000 per year job heading the DWP’s Office of Public Accountability. Pickel has not had a job review in his 6 and-a-half years on the job.

“You won the Mayor’s office claiming you would clean up DWP and the unholy grip its public employees’ union has had over it, including two nonprofits funded with ratepayer money,” the letter continued. “Not only have you allowed Brian d’Arcy and the IBEW Local 18 to extract rate hikes and pay raises unparalleled at any utility in America, but you have kept the public from having a voice in the process by refusing to give Angelenos a ratepayer advocate that stands up for them.

“Your actions to rehire the feckless executive director of the Department of Water and Power’s Office of Public Accountability without any accountability for his performance over the last six and-a-half years shows your proclivity for political expedience over public accountability.”

Posters appearing on utility boxes across Los Angeles, including in front of the Mayor’s house and City Hall, expose Garcetti’s “Pickel Problem”. Some of the posters spotted across town can be seen here: https://flic.kr/s/aHsmtBoUyD

The ratepayer advocate search committee recommending Pickel was controlled by Garcetti and council president Herb Wesson. The head of the committee says on this video that Pickel has never had a job review: https://youtu.be/CbIB1yh3ix4

“The search committee process for a new Ratepayer Advocate was fixed from beginning,” the letter continued. “Sources in City Hall confirmed your office instructed your appointees to overlook otherwise more qualified candidates to pick Fred Pickel once again because he is a rubber stamp on your own and DWP’s wishes. The former chair of the Assembly Utilities Committee, Mike Gatto, did not even receive a phone call from the search committee. Another candidate with significant experience at the Public Utilities Commission’s Ratepayer Advocate Office was passed over.

“The price of Pickel’s unwillingness to advocate for ratepayers is billions of dollars and you are complicit if you rehire Mr. Pickel without a comprehensive review of his performance…..Mr. Mayor, you should order such a review if you have any designs on convincing Americans that you are for public accountability.

“I assure you that the DWP will fail Angelenos again. Your complicity will be clear at that time if you don’t take steps to make sure your constituents have an adequate ratepayer advocate speaking for them. Your future and that of DWP ratepayers are intertwined.”

Consumer Watchdog is a nonprofit nonpartisan public interest group with offices in Los Angeles and Washington, DC. It has been fighting crooked corporations and corrupt government officials since 1985.