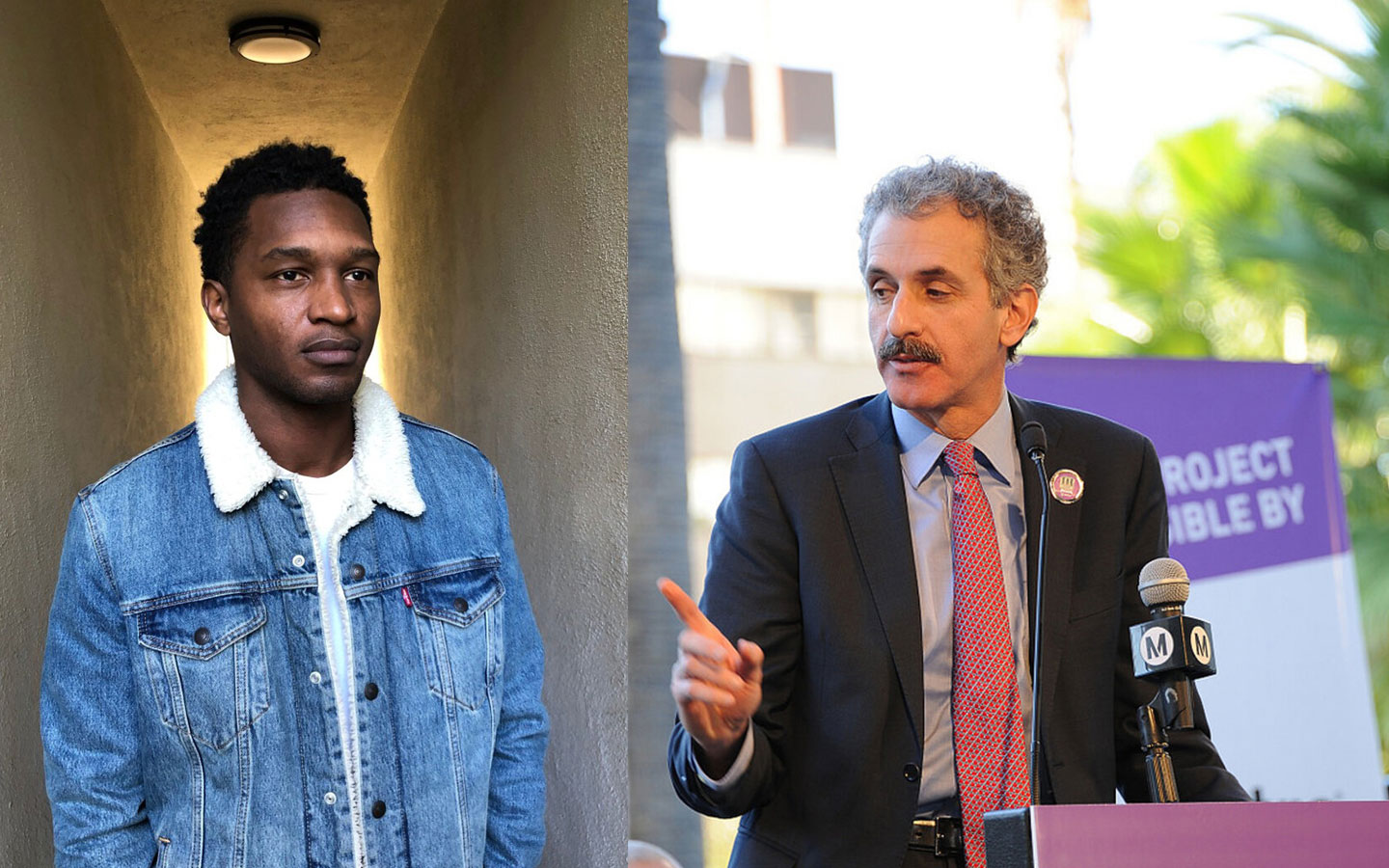 The lawsuit accurately documents how private lawyers closely associated with Mike Feuer and working for the City recruited Jones to sue the City for false billing in what is known as a “reverse auction.” A legitimate class action against the City over billing fraud was replaced with a phony case so that the City could hide problems with DWP and settle the case on the cheap.    In essence, the City controlled both sides of the case, without disclosing this to the Court, and settled on its own terms with a huge payday for the crooked lawyers who came to represent Jones (the unwitting, straw man plaintiff).

The whole malicious plot resulted in an FBI raid on the City Attorney’s Office and DWP, resignations of top City attorneys and DWP officials, a $2.5 million sanction by a judge against the City Attorney for “serious discovery abuses,” multiple attorneys taking the 5th and the Jones case settlement being reopened due to the fraud.   Many of the private attorneys are under criminal investigation.  The lawsuit tells the whole sad tale which has ruined everyone associated with it, except City Attorney Mike Feuer, who announced he is running for LA Mayor.

As the lawsuit documents, there is much evidence that Feuer knew about the fraud and was in on it.  This includes testimony from his own top deputy that Feuer knew, as well as the private attorneys claiming he directed the scheme.  At Feuer’s deposition, he recited “I don’t recall,” over 60 times. Feuer is withholding the video tape of the deposition from the public because it would no-doubt show the insincerity on the face of a man notorious for his micromanagement.

After all this, Feuer’s response to the suit by Jones is not that he is sorry that the actions of his office caused harm to a young guy like Jones just trying to do the right thing by representing other people who were similarly overcharged. Feuer’s defiant response was to call the lawsuit “a crude rehash of old allegations related to a settlement entitling ratepayers to receive every penny the were owed,” according the Los Angeles Times. “I’ve always acted with complete integrity, and always will. Any claim that remotely suggests otherwise is not only absolutely false, it’s malicious.”

I call B.S.  All this happened on Feuer’s watch, under his nose.  A judge sanctioned Feuer and his office $2.5 million for not acting with integrity.  The fair settlement he champions in his statement has been reopened because of the fraud on the court his office directed.  There was a total breach of legal ethics at every turn leading the FBI to raid on his office. Feuer dismissed the city’s case against Price Waterhouse Cooper (PWC) for building the bad billing software system, which promised to deliver tens of millions of dollars to taxpayers, because the fraud in his office undermined the case.  With the case dismissed, PWC’s copy of the video tape of Feuer’s “I don’t recall deposition” is safely locked in a court reporter’s cabinet.

Always act with complete integrity?  How about saying you are sorry and releasing the video tape of the deposition so voters can see how sincere you really are?