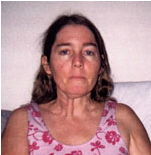 Five years ago, Bobbie Jenke was full of life, an active Santa Rosa special education teacher who regularly went to her students' homes, and on her own time participated in Sierra Club activities. Today Bobbie, 45, is housebound, her ailments worsening day by day. "A good day is when I can walk two blocks, not one," she says. "I feel like I'm fighting for life. I have bouts of depression I'd never experienced, and such high pain episodes that no medication relieves them."

Bobbie was brought low by a 5-year journey through the dark passages of California's medical maze. It is a journey that began with an eccentric treatment known as "Rolfing," and that reached its nadir when a doctor injected her carelessly with Botox. In between were sudden twists and turns that revealed, again and again, the ferocity with which doctors protect each other and condescend to patients who insist on competent medical care.

California's cap on compensation for injured patients, unadjusted since 1975, has conspired with the state's lack of medical oversight to prevent Bobbie from seeking relief.

In 1998, Bobbie, who had been teaching for nearly 20 years, took a friend's advice and went to get "Rolfed." Bobbie "thought it was going to be like a massage."

Instead, the "Rolfer," a large man, spent 20 minutes inflicting pain on Bobbie, a petite woman who is 5 feet tall and weighs 118 pounds. "It was brutal," Bobbie says. He 'pressed deeply' into the spinal muscles, under the armpit, under the collarbone. He hit a nerve to the shoulder blade. He closed by yanking Bobbie's head "as hard as he could."

"The next day my shoulder blade was hanging off," Bobbie says. "My right arm was numb." When the injury did not heal, she went to Kaiser, her health care provider. Her doctor told her "it will go away." That would be the first of many brush-offs.

Bobbie embarked on a Byzantine trek through the state's dark medical corridors, a journey far too complex to relate in full here. At virtually every step, she met with false diagnoses, wrong advice, lack of interest. Doctors patronized her with regularity. One 'patted me on my shoulder and said, "I could get you counseling." In other words, it was all in her head.

To Bobbie, the head had nothing to do with it. The injury was in the shoulder blade. "At times my scapula was literally banging against my rib cage, it hung so low and loose."

Bobbie kept trying. Through rigorous physical rehabilitation and two surgeries, she made some progress back to normality. But she was far from all the way back. Finally, in August of 2002, she found herself in Los Angeles, being treated with Botox by a physician who specializes in thoracic outlet syndrome.

Bobbie thought the injection would go only into one muscle. But the doctor told her it would be better to inject her in other muscles as well - the "trigger points." Confused and fearful, Bobbie went along.

The doctor left her with no medical instructions; he told her to call in three weeks. The next day, on the airplane back to San Francisco, Bobbie's shoulder blade started dropping, and Bobbi experienced new "bone-crushing" pain and severe weakness down her entire right arm.

That was nine months ago, and Bobbie has been spiraling down ever since. She has tried to find a lawyer to take her cause, but they shy away, despite evidence of wider abuse by this particular physician. An attorney told Bobbie, for example, that she had spoken with a neurologist at UCLA who said the doctor "would Botox any living organ in the body." The attorney would not take the case, however, because the neurologist refused to testify: he was a colleague of the doctor.

In addition, because of California's 1975 cap on compensation, her recovery would be limited to non-economic damages. Bobbie was working only part-time before the Botox, so her wage loss was low, and her medical expenses were covered through medical insurance.

Bobbie has gone public, with articles, demonstrations, even a website (www.kaiserpapers.org/bobbie.html). That has generated support, but also enmity from Sonoma County's medical establishment, which now considers her a pariah. "I have a very bad reputation," Bobbie says.

Most of all, Bobbie would like her life back. It is a life that five years ago had no limits but was derailed by medical carelessness and disdain and lack of oversight. That, Bobbie believes, should and can change.